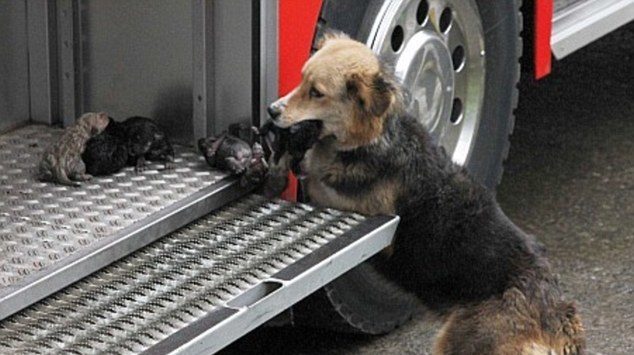 This amazing story of motherly love took place in a small town in Chile.

There was a fire in one house. Firefighters immediately rushed to the scene. 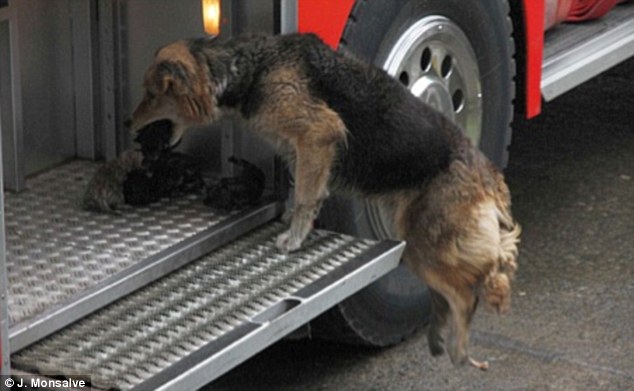 Fortunately, none of the residents were seriously injured, there were only minor burns.

Firefighters managed to extinguish the fire, and they went to their cars.

And here they saw an amazing thing.

The dog pulled her little puppies out of the stricken house and carefully put them in a fire truck. 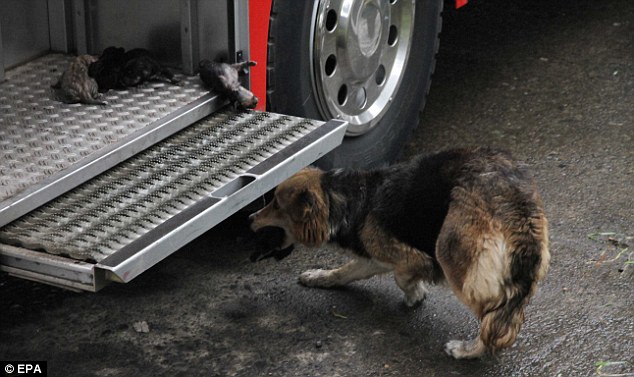 The dog very carefully dragged them in her teeth and watched that everyone was in place and that none of the babies was hurt.

When the dog brought all her babies, she lay down next to them and began to lick them.

The firefighters were very touched by this loving mother, so they called the veterinary service.

The puppies were examined at the vet.

Only one puppy was injured, he had serious burns. 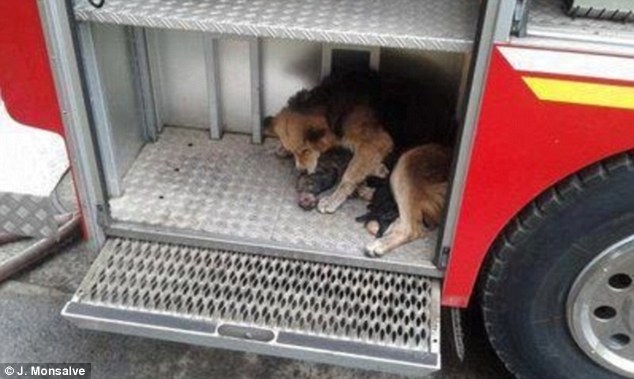 Doctors began to nurse him so that the baby would not die.

When you learn about such cases, you are convinced for the hundredth time that every creature on earth has not only a mind, but also feelings.