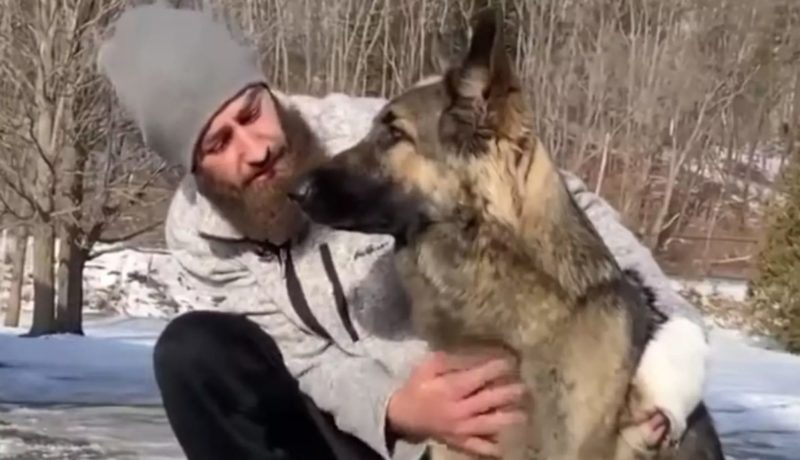 A Shiloh shepherd named Tinsley, who lives with his owner in New Hampshire, attracted the attention of police officers when he ran alone along the side of the I-89 road connecting New Hampshire with Vermont.

The officers tried to approach the dog, but she constantly ran back a few meters and looked back. 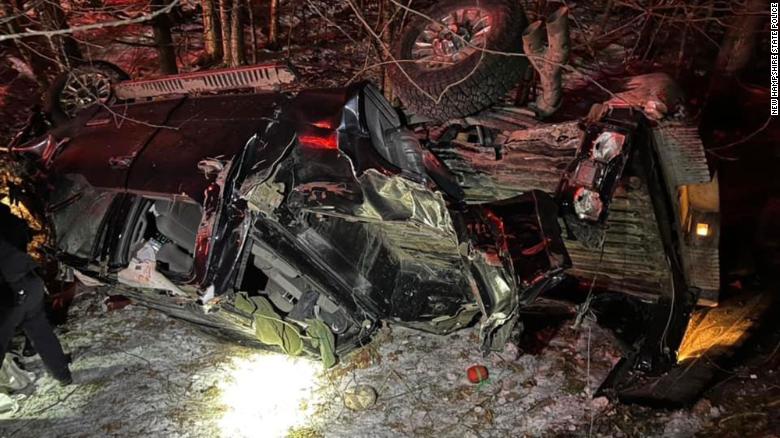 In the end, one of the policemen decided to follow the tailed one. And she led him to the damaged road fence.

Looking down, the man saw a mangled Ford pickup truck with two passengers lying on the cold ground next to it.

The victims were alive, but gradually froze.

The police immediately called an ambulance and took the men upstairs to inspect and give them first aid.

One of the victims was the dog’s owner, Cam Laundry.

The man often takes his pet with him on trips and obviously does it for good reason: if Tinsley had not been around, he would not have been saved.

“What happened was like the story with the hero dogs from the movies. And that’s great. The dog definitely saved their lives. I don’t think they would have survived the night given the temperature.” police officer Dan Baldassarre told CNN.

Now the men involved in the accident are doing well. They are very grateful to their shaggy savior and promise to reward her with treats and affection.

“Tinsley is my little guardian angel. It’s a miracle that she was so smart and determined to do what she did.” Cam Laundry says

Interesting News 0 95
In 1990, unusual babies were born. Their peculiarity lies in the fact that the
Leave a Reply Cancel reply
Recent Posts

“Skin and Bones”: a stray cat gets rescued, finds a loving home and changes beyond recognition
Animals
0 140

Kitten was terribly scared when she ended up in a foster home, but the care of the dog helped her to trust people
Animals
0 260

After her husband’s death, the old woman has no greater joy than the dog that helped her survive the grief
Animals
0 181

Friends joked about a man who moved into a tree, but after 20 years his house occupied 10 floors
Interesting News
0 104

One life for two: what the most famous Siamese twins Brittany and Abigail look like now
Interesting News 0 95