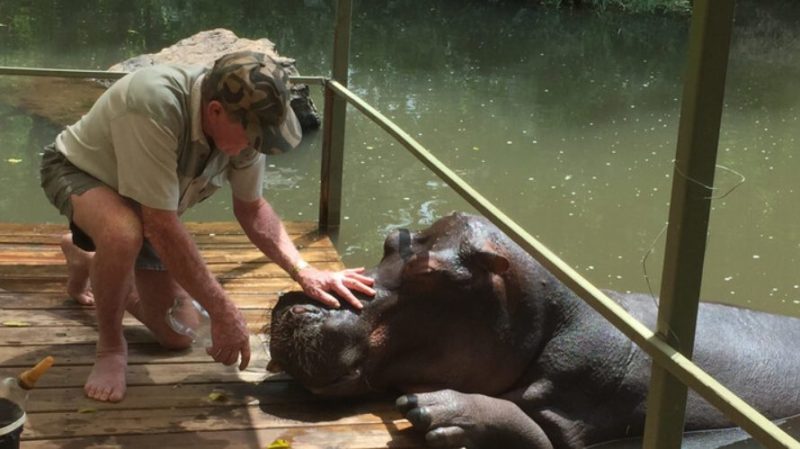 This female hippo Jessica among her relatives is considered the most famous in the world. About 150 documentaries have been shot about her, all the world’s media write about her, and every year thousands of tourists seek to visit Jessica. But let’s get to know this amazing animal better. 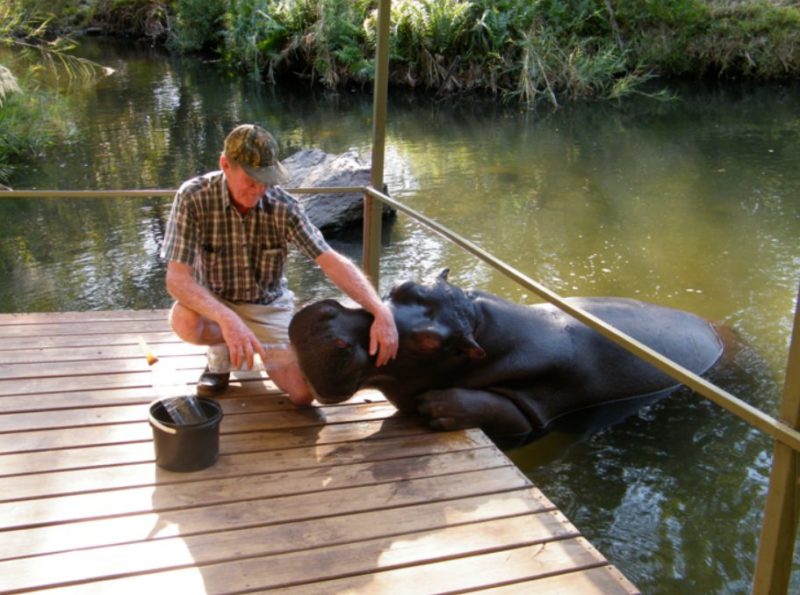 Her story began 18 years ago in South Africa. The head of the Joubert family found a baby hippopotamus on the river bank near his home. There was no one around.

It is clear that it is almost impossible for one cub to survive, especially since the baby was only a few days old at most. The man decided to take the animal to his home. So, the baby was named Jessica.

The entire Joubert family raised the animal. For a while, Jessica lived in the house of her rescuers, but then the animal grew up. The Jouberts decided to release Jessica into the very river where they once found her.

However, Jessica has become so attached to people that every day she sails to them and even comes to the house where she once lived. Jessica still likes to watch TV and drink tea. By the way, the former owner makes several liters of her favorite tea for Jessica every day. 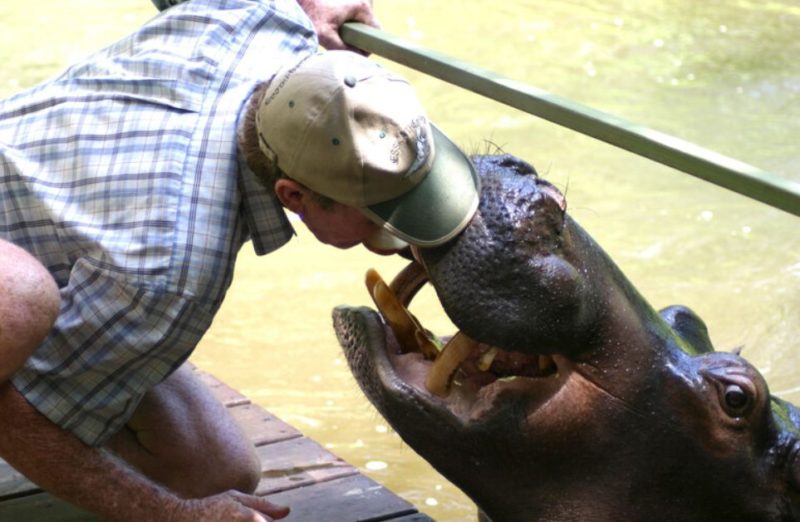 The hippopotamus is not afraid of other people either, accepting treats and gentle pats on the head with pleasure. 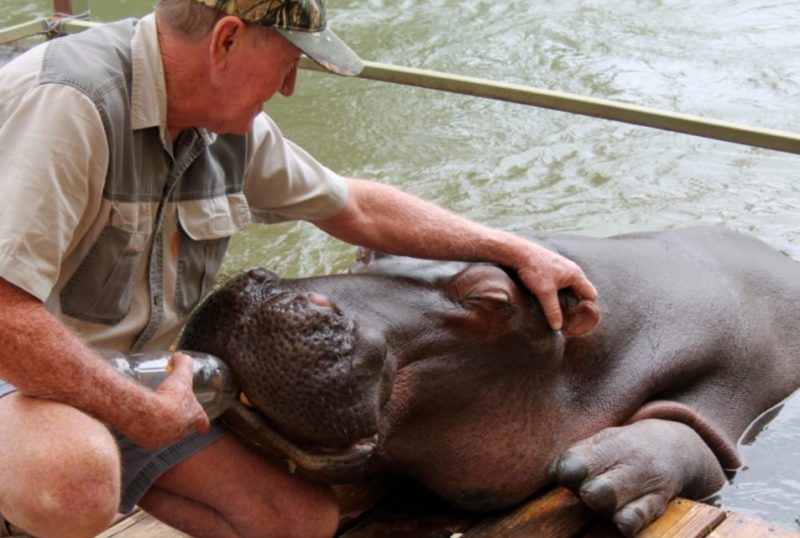 This story has become widely known. Tours have been organized especially for tourists, where they can come to visit Jessica, get to know her, as well as the head of the Joubert family, who will gladly share his unique experience.