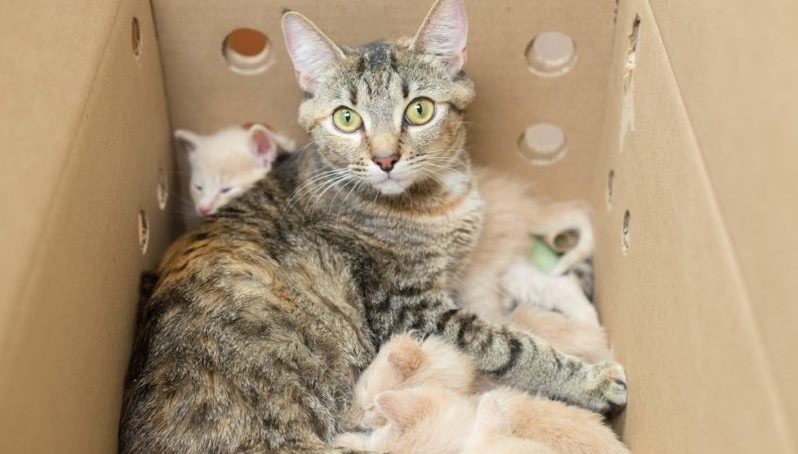 She lived in a house in New York with two other cats. And all three cats gave birth to kittens almost at the same time. 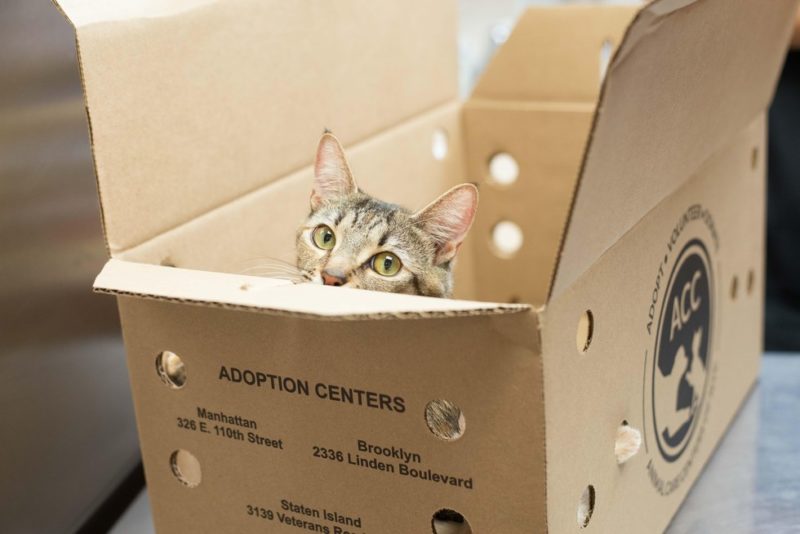 After that, for some reason, two cats could not feed their kittens with milk. And Isabella took them in, so 14 small kittens were immediately under her care.

The cat owner, who apparently treated his pets extremely irresponsibly and let out unneutered cats on the street, clutched his head, realizing that now, in addition to three cats, he had a “nest” with kittens in his house.

He quickly took Isabella and her 14 kittens to an animal shelter. 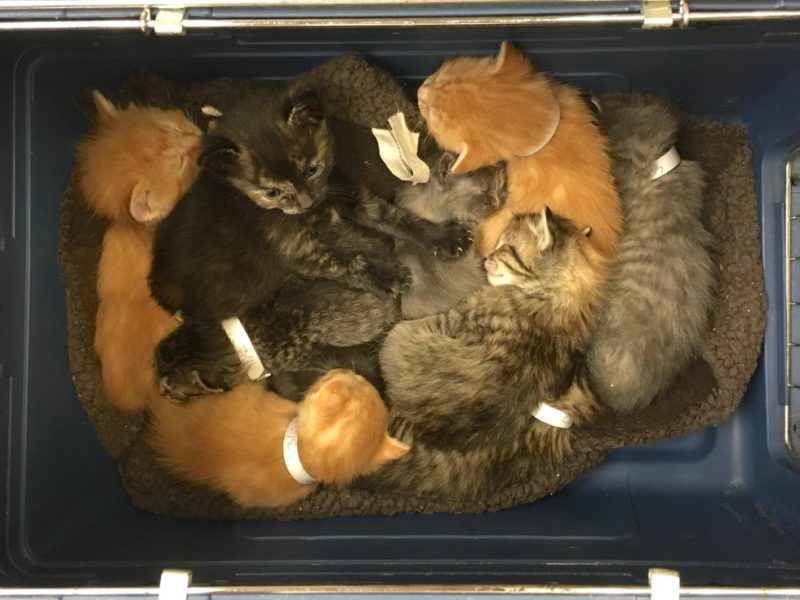 But the city animal shelter is not the best place for small kittens (there is a high risk that they will be euthanized immediately, since there is no one to look after them).

So when Best Friends Animal Society found out about a cat with 14 kittens, they immediately took Isabella and babies.

– When we saw Isabella, we were amazed at how small she was, almost like a kitten herself. She was exhausted and dehydrated from the constant feeding of 14 kittens, whom she never abandoned, – say the coordinators of the Best Friends Animal Society shelter, – At the same time, she turned out to be very affectionate and purred when she was stroked.

Despite Isabella’s heavy burden, all her kittens were healthy and well-groomed.

In a private shelter, Isabella was finally freed from an overwhelming burden. And now volunteers help take care of the kittens, and the cat itself is treated for dehydration.

– We immediately separated four large kittens, which were probably hers and were the oldest in the group. These kittens could already eat on their own. Then two more kittens were entrusted to the volunteers of our shelter, leaving Isabella to take care of eight babies.

According to the shelter staff, they will never forget what Isabella looked like when she was admitted to them, lying among 14 small and almost constantly hungry kittens.

“It was the look of an exhausted mom who urgently needed a break and rest.”

When the beloved street cat died, the locals immortalized her memory by erecting her statue in her favorite spot
Interesting News
0 227

People adopted a tiny kitten from a shelter, but he became the size of a dog and does not stop growing
Animals
0 253