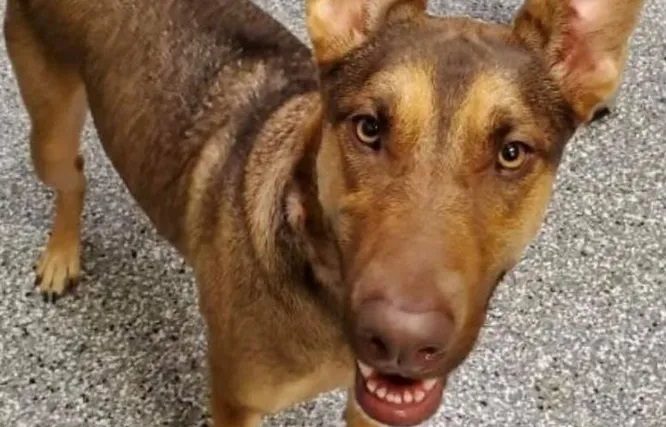 The dog was discovered by employees of the Johnson County Animal Shelter in Indianapolis.

The shepherd was sitting all alone, tied to a tree.

He had a collar around his neck, to which his former owner attached a note in which he explained the reasons for his cruel act.

Roadie – that’s the name of the dog – was one of the ten puppies in the litter. 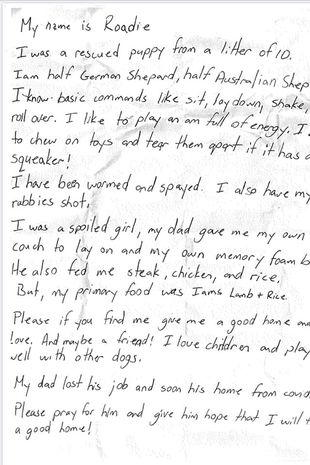 A smart shepherd dog knows all the basic commands, loves to play, chew toys and even tear them apart if they make a squeak, the man said.

He also said that he spayed and vaccinated a pet, and also treated him for parasites.

Due to the coronavirus epidemic, the owner of Roadie first lost his job, and soon his house.

The man could no longer contain his pet.

He once spoiled Roadie with steaks, chicken and lamb, he shared in a note.

The dog even had his own bed and memory foam mattress! But now all this luxury is a thing of the past.

In the letter, the man asked the finder of Roadie to help him and find a new home.

He hoped that someone could love his dog as much as he did.

Shelter employees posted a photo of a shepherd dog and notes from his owner on their Facebook page, and this post immediately attracted the attention of users.

In the comments, many of them admitted that they could not hold back the tears, reading the message of a desperate man.

From the very first day after the publication, the shelter began to receive applications from those who wanted to take Roadie home. Soon the shepherd will go to his new owners.

The head of the shelter, Michael Delp, saddened by the story of Roadie, urged pet owners not to leave them alone on the street, dooming them to death.

In his opinion, if the dog had not been found in time, wolves or coyotes could have attacked him, or he could have fallen under the wheels of a car.

If necessary, you should find a new home for your pet or seek help from a local shelter, he said.

A man has spotted himself in the background of a childhood photo of his fiancée, taken years before they even met
Interesting News
0 135