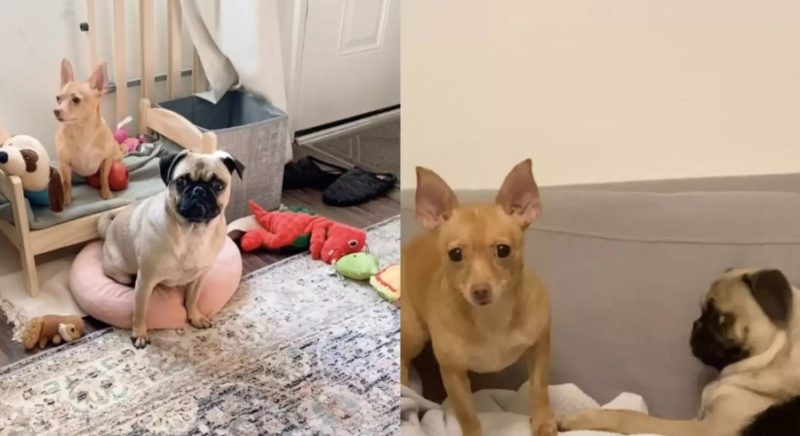 When Elle Nailga started working more than usual, she became worried that her dog Bella would be bored alone. She decided that the pet needed a friend, and therefore brought home a pug puppy named Baguette. 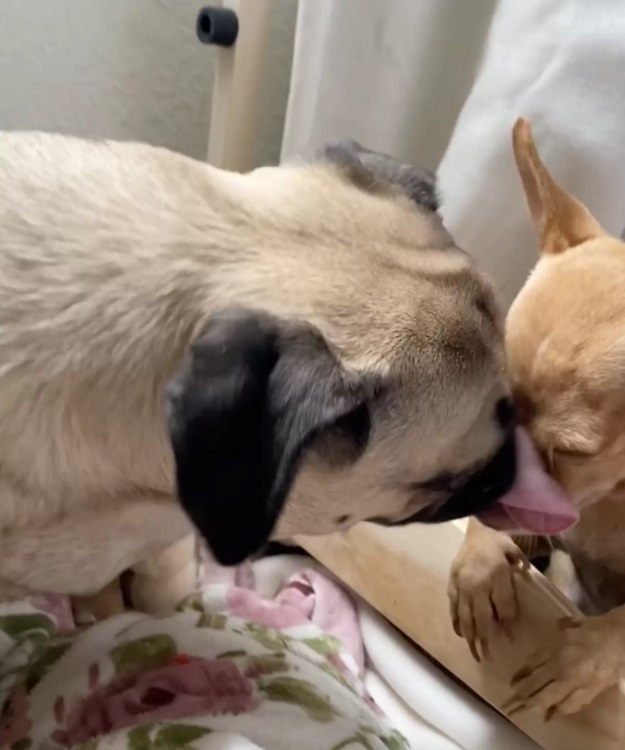 Bella was very excited when she first saw Baguette and the couple bonded quickly. But after a while, the dog realized that the puppy has too much energy, and she quickly gets tired of communicating with him.

In order to play less with Baguette, the cunning Bella decided on an unexpected step – she began to pretend to be blind. 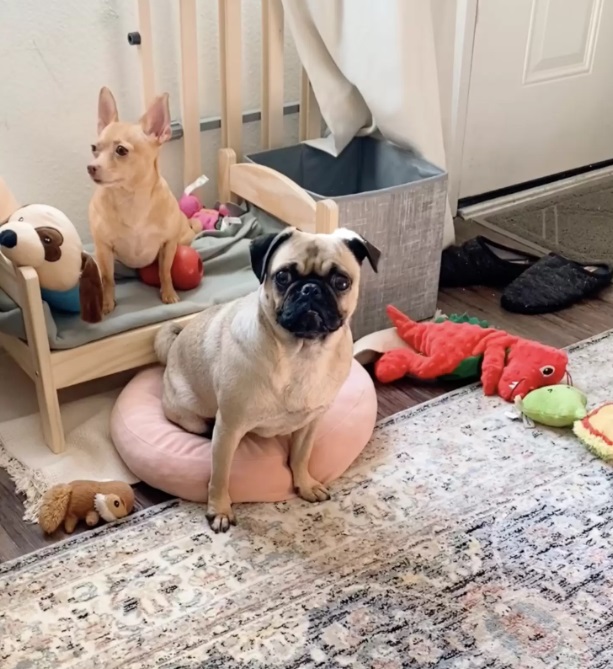 The owner of the dog noticed that she jumped on the sofa with difficulty and from time to time bumped into various objects in the house. It seemed strange to Elle, but otherwise everything was in order with the pet, so the girl calmed down. However, the dog’s condition soon worsened, or so it seemed to her owner.

“Once I threw a toy, and Bella didn’t react to it at all. She just sat and stared at one point. Then I went up to her and pretended that I was going to touch her eye. And she didn’t even blink! I was very worried and thought that something was wrong with her eyes,” Elle said.

The girl took Bella to the veterinarian, who diagnosed blindness. He advised the owner to take the pet to an ophthalmologist. In a panic, the girl made an appointment. But the results of the examination at the ophthalmologist were not at all what she expected.

Elle was told by a doctor that the dog’s sudden “blindness” was due to behavior and not to the condition of her eyes. Bella pretended to be blind so that the energetic little puppy would bother her less, and she could go about her business. 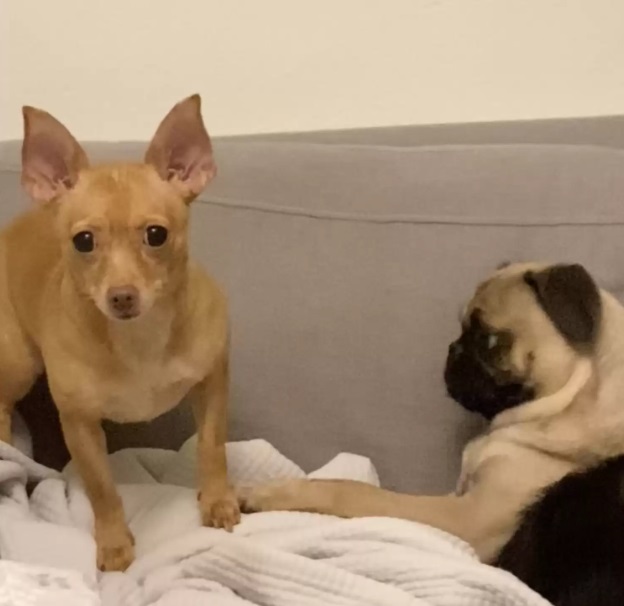 Now the girl carefully ensures that Bella has more of her own space and time in silence. Over time, Baguette also became a little calmer. So for now, his older sister does not need to pretend to be blind again.

Railway cats: how stray cats saved the Diorama restaurant in Japan from from closing because of the Pandemic
Interesting News
0 152

During the concert, Pink saw a poster in the crowd of fans and stopped the performance: everyone was crying
Interesting News 0 612