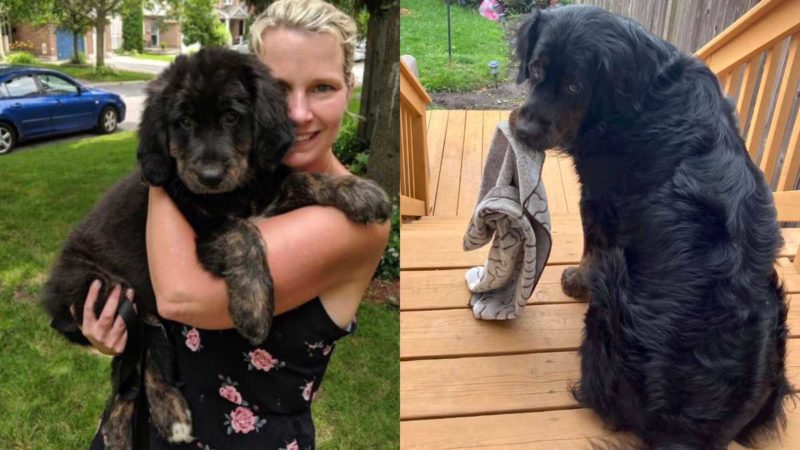 At the age of 1 year, he weighs 110 pounds and will be as tall as an adult if he stands on his hind legs.

Despite this, the dog has many fears. 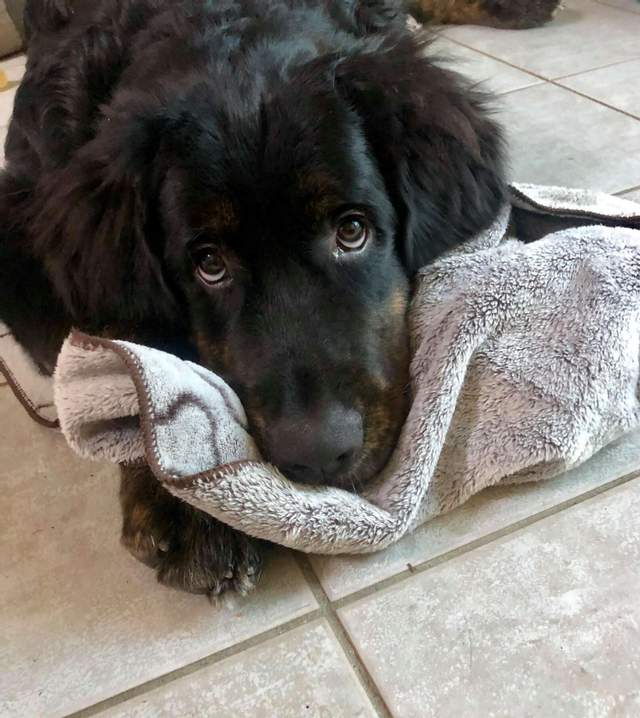 According to Flynn’s owner, the pet is afraid of boxes, darkness, bags, and even an old cat living with them.

However, there is a thing that helps him fight fears – a blanket.

The dog hugs it or clings to it with his teeth. In addition, he can carry it with him and does not allow it to be taken away.

When Flynn was a puppy, Shauna brought home a small fleece blanket.

She thought she would use it to wipe her dog’s paws after walking. However, Flynn decided otherwise. 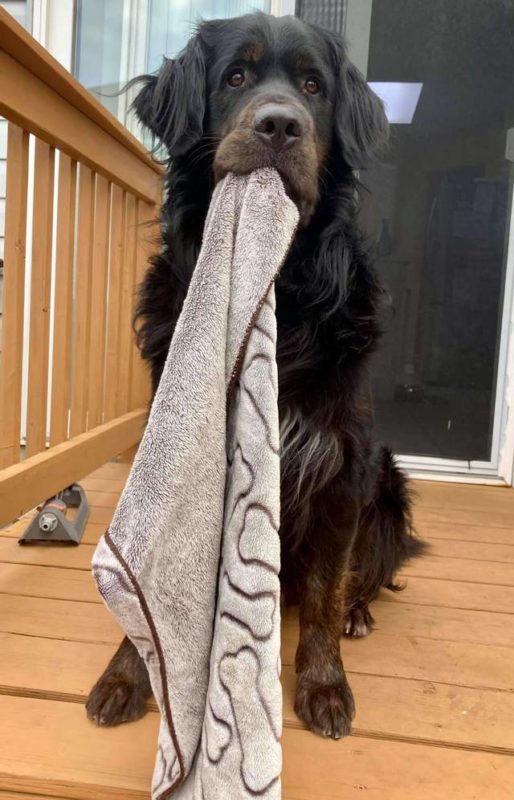 He would grab the blanket between his teeth when he woke up, dragging it around the house and backyard with him.

As a result, the owner had to buy a few more similar ones in order to have a replacement.

The blanket seems to help the dog gain courage. 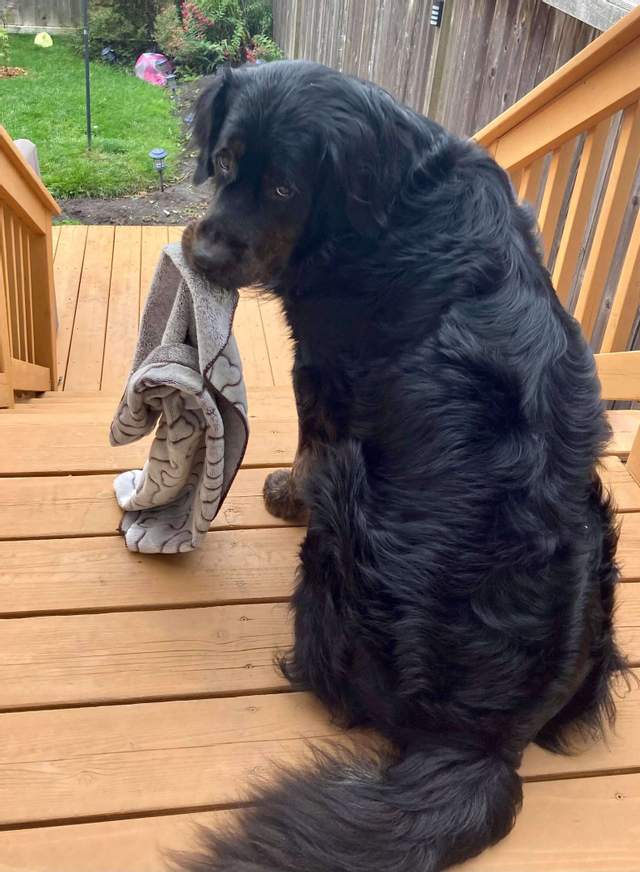 Although Flynn is dozens of times bigger than squirrels and rabbits, he is afraid of them as if it was the opposite.

Despite this, the dog is incredibly good and loves every member of his family.

An adorable moment: a loving polar bear mom plays with her baby in the snow for the first time
Animals
0 193

Rescuing a freezing dog, volunteers found out that her little puppies were hiding in the pipe from the cold
Animals
0 169

After the unexpected death of the mother swan, the father swan took full responsibility for his newborn cygnets
Animals
0 260