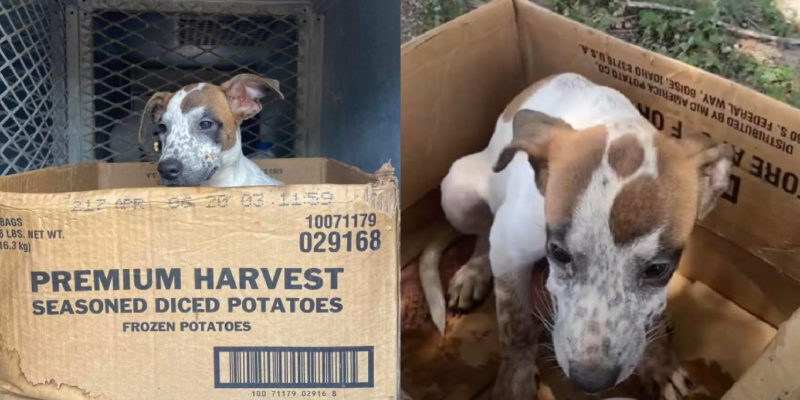 Dogs are very loyal and loving creatures. Any pet owner can confirm this.

However, unfortunately, there are times when dogs are devoted to people who do not deserve it at all. 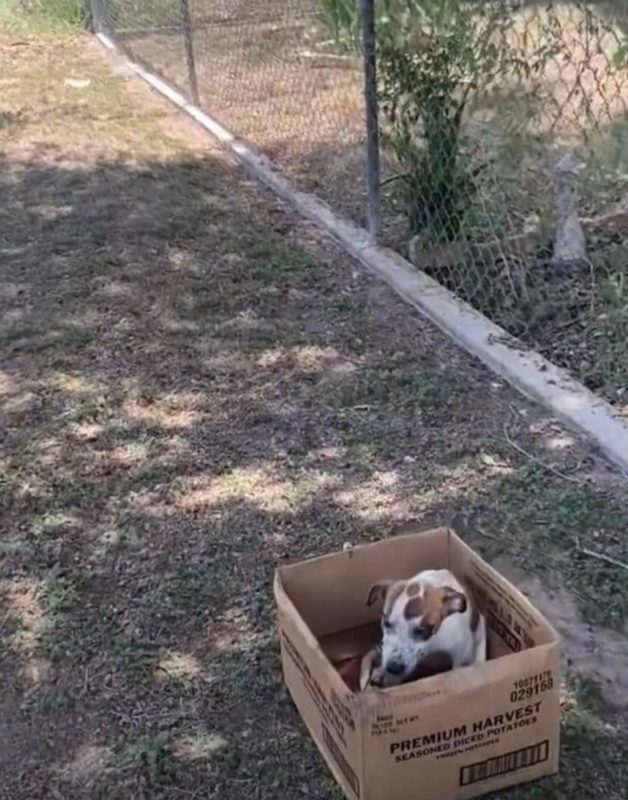 So it was with one puppy who was thrown in a box in the sweltering heat on the street, and he faithfully waited for the return of his owner

The dog was found by Dallas Dog, a nonprofit dog rescue organization.

They say that a 10-month-old puppy was left on the side of the road, and he did not want to get out of this box. 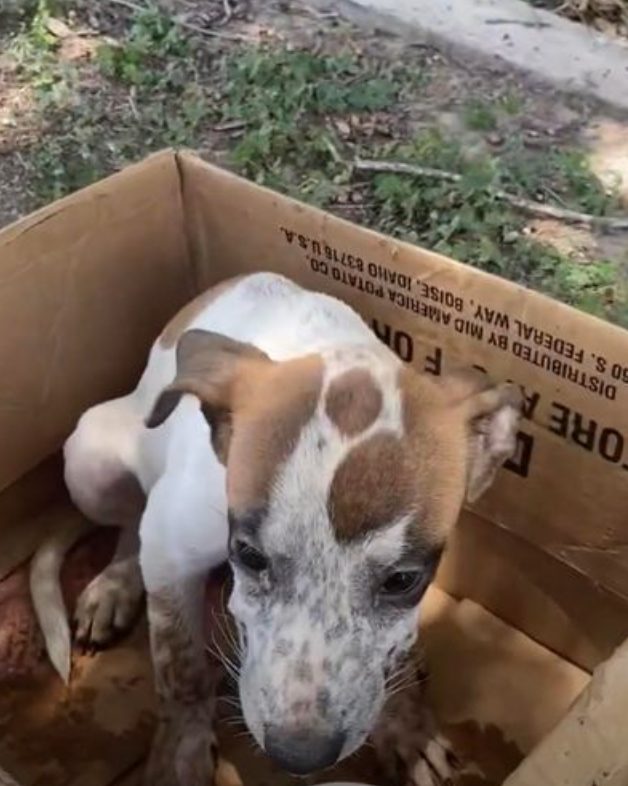 He just sat there waiting, hoping that his owner would come back for him.

He refused to budge even though the temperature was over 104°.

Luckily, the dog was found by a kind person who called the rescuers and gave the dog water. The rescue team came and took him, even though the dog refused to leave. 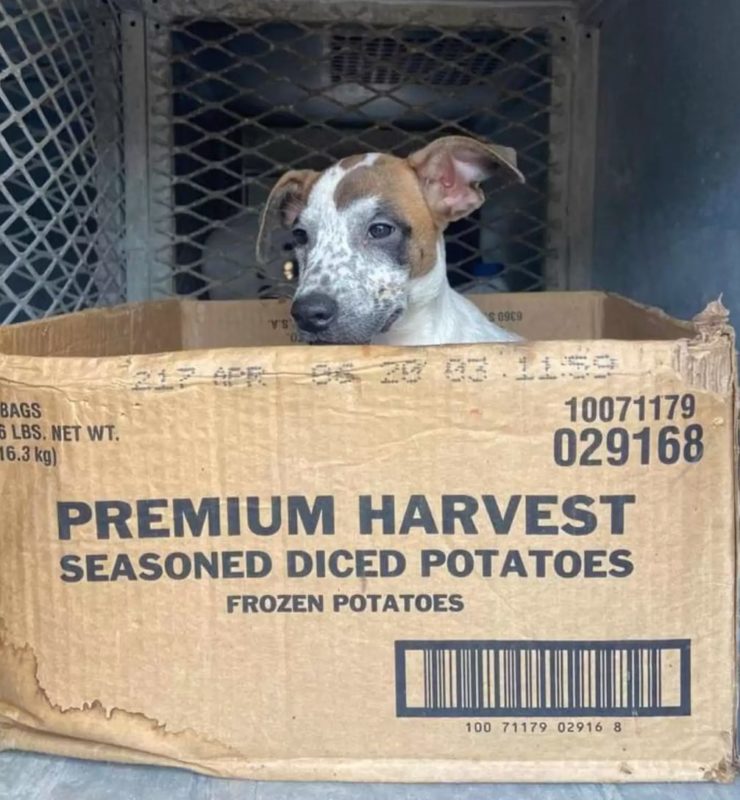 The dog was named Harvest because the box he was found in was intended for the harvest. The workers took the dog with the box because he didn’t want to get out of it.

Harvest considered this box his safe place. Dallas Dog immediately started looking for a family for Harvest, as he needed love. 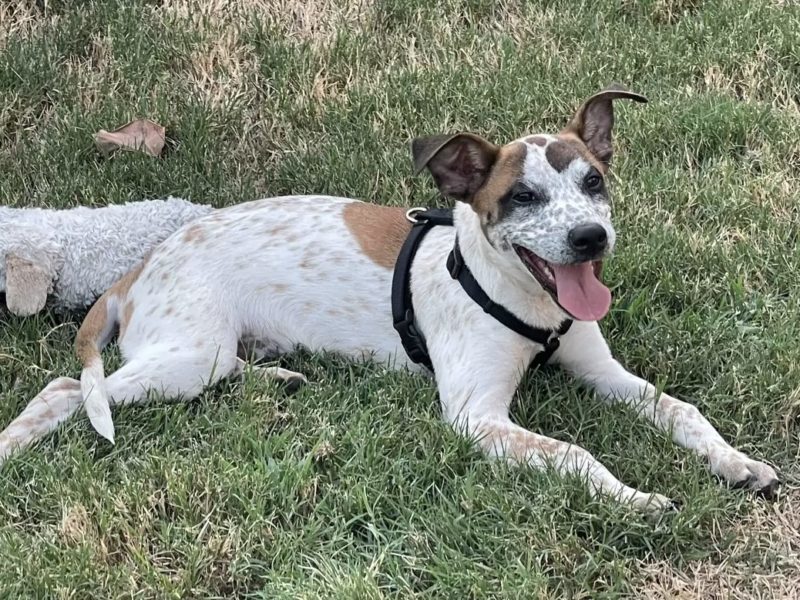 Luckily, they soon found it. And soon Harvest changed the cardboard box for a cozy bed.

People see how a dog carries a bundle in his teeth, it turns out that he saves a child’s life
Interesting News
0 462

After being shot seventeen times and having her ear cut off, a blind dog becomes a therapy dog
Animals
0 333