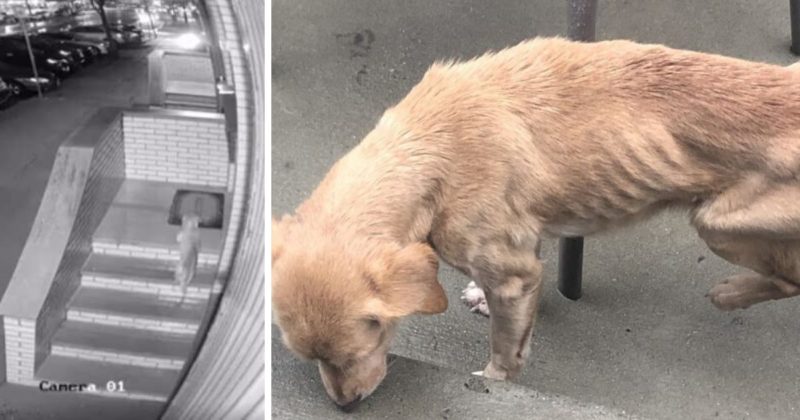 Jack Jokinen was dead asleep, when all of a sudden, his wife woke him up in the middle of the night.

He got very frightened, as they had a little baby, thinking something might be wrong with him.

The wife told him that they have an invader in their living room. Jack became curious and confused.

He went quickly downstairs and for his surprise, he saw a puppy lying on the floor.

The first thing that at the moment disturbed him, it was how she appeared into his house, as the door and all the windows were closed.

He thought that, apparently, someone is in his house, and made a check. But there was no stranger in his house, but only the poor dog. 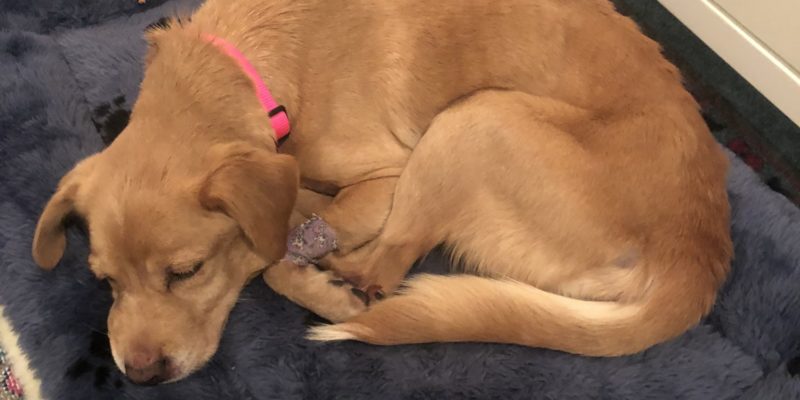 The mystery was discovered as soon as he checked the footage from the security camera. Jack understood he forgot to lock the door after he and his pet George came back from their daily evening walk.

That night the weather was  stormy and rainy and cold. Apparently, the wind has opened the door. On the footage, he saw the dog coming down the street. It was at 3:16 o”clock.

Then she stopped in front of their house’s stairs, hesitating to come forward or not.

After some seconds, she decided to enter into the house.
This part was clear, but it was another part on the footage, which was again a mystery. 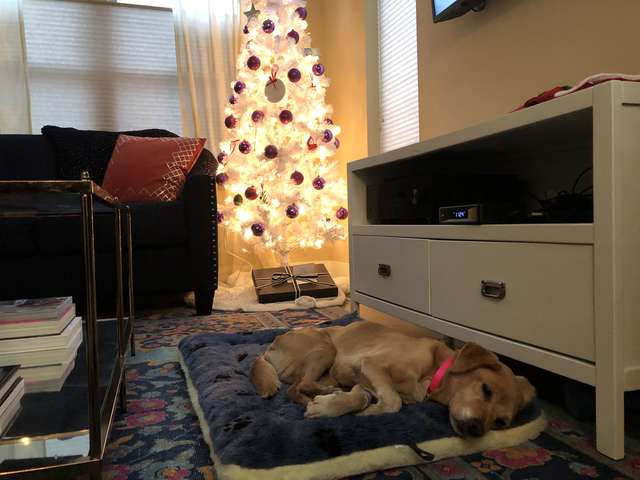 A few minutes later, a stranger passing by, saw the door opened, approached, looked inside, and closed the door, after being sure that everything is ok. Later, they turned out that the mysterious man was one of Jack’s friends.

The frightened and confused dog spent that night at Jack’s warm house, where she found not only food, but understanding, love and care.

Next day the lost dog was taken to the vet for a check, where Jack found out, that the poor dog entering  into his house, is a 9-years-old stray dog.

He and his wife decided to give her a chance. They adopted the adorable dog  giving her a name Suzy, and gave her a comfortable shelter and sweet home forever.

Faithful dog jumps into an ambulance to follow her sick owner to the hospital, insisting that they take her, too
Animals
0 476

When a 5-year-old finds his mom passed out in the bathroom, he grabs his little sister and acts quickly
Interesting News
0 123