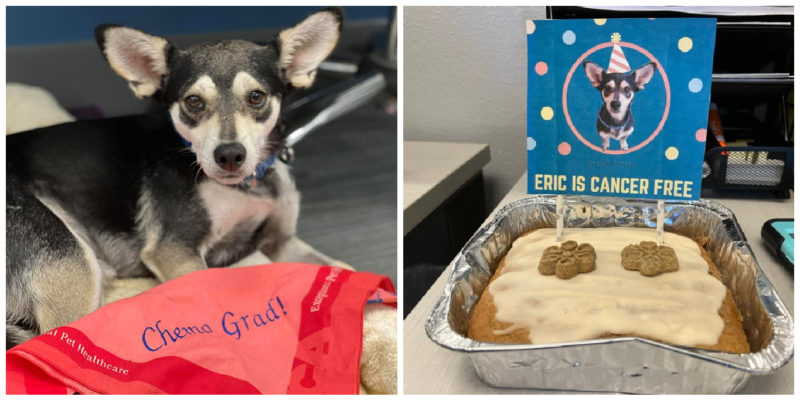 Chihuahua Eric, who is 3 years old, was found on the street by volunteers.

The dog had bloody paws, and the body was covered in ticks. 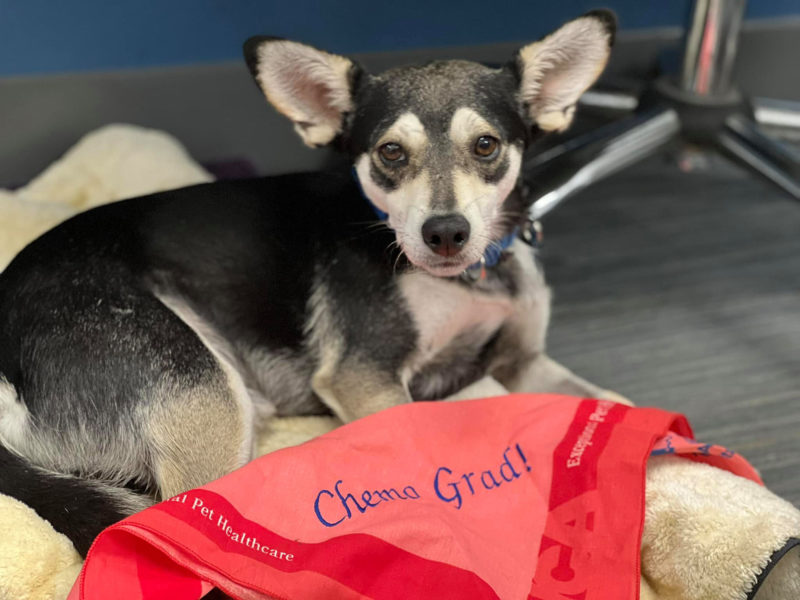 When he was brought to the vet, it turned out that the four-legged also had a cancerous tumor.

Ticks have infected a dog with Ehrlichiosis, a serious disease that affects white blood cells.

It reduces the body’s defenses, opening up access to various infections.

After treating the disease, doctors added weekly chemotherapy sessions to shrink the swelling.

While Eric was undergoing treatment, he lived with a foster family where he was cared for.

The dog steadfastly endured all procedures and was calm. 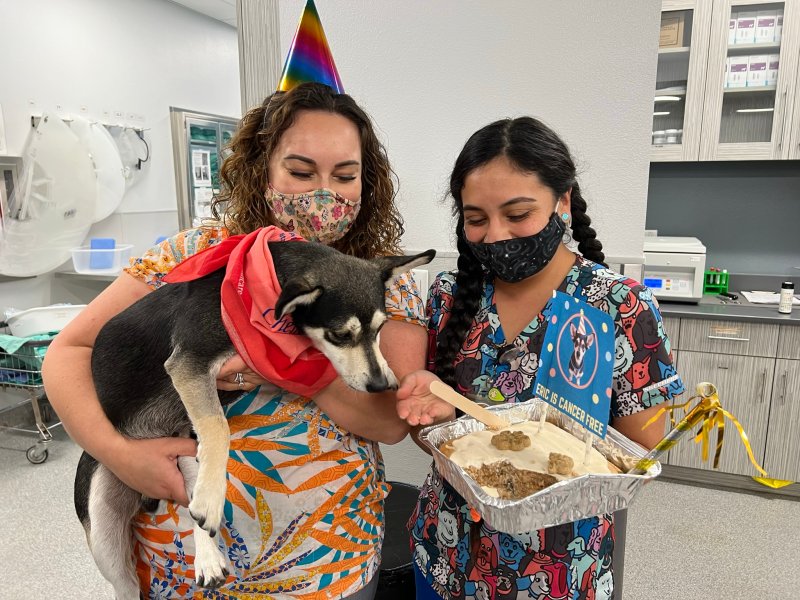 He seemed to understand that they wanted to help him.

It took over 4 months of continuous nursing for the doctors to say, “Eric is in remission.”

When the dog recovered, everyone who helped during the treatment decided to have a party in Eric’s honor.

They baked a liver cake, stuck a birthday candle in it and put on party hats. 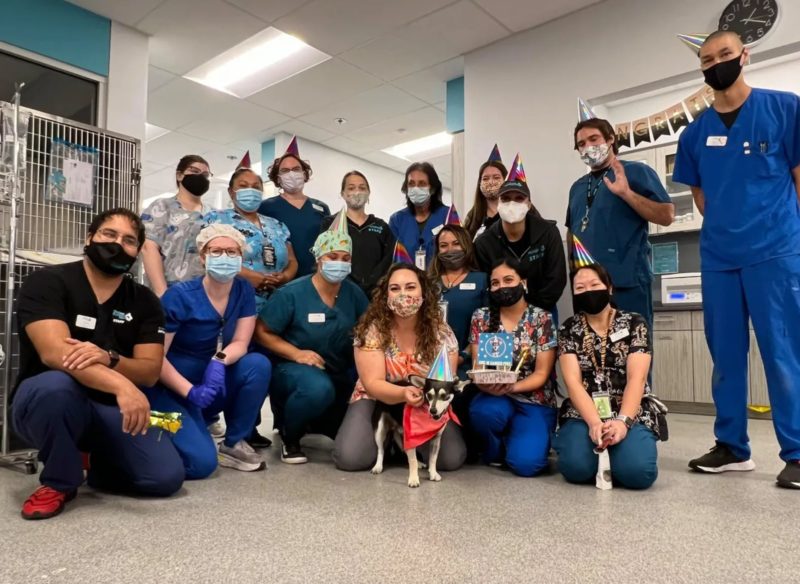 After that, the volunteers announced that the dog can look for a real family.

A week later, there were people who wanted to pick up Eric.

Now the dog is happy in a loving family.