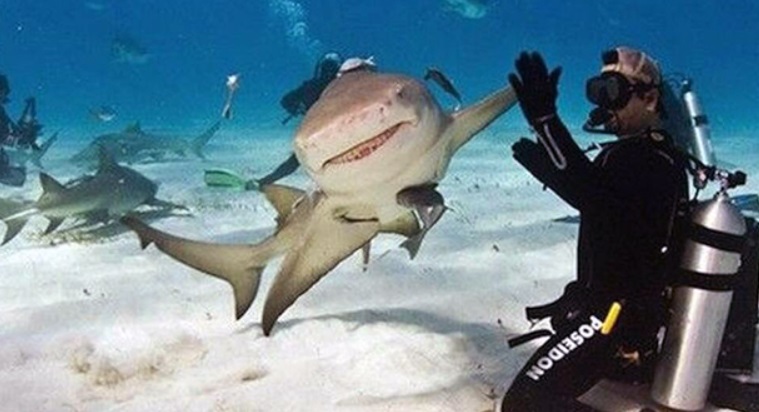 A diver was leading a group off the coast of Africa when a shark rose up from the dark depths towards them.

His fins got tangled in the nets and the man ventured to help. 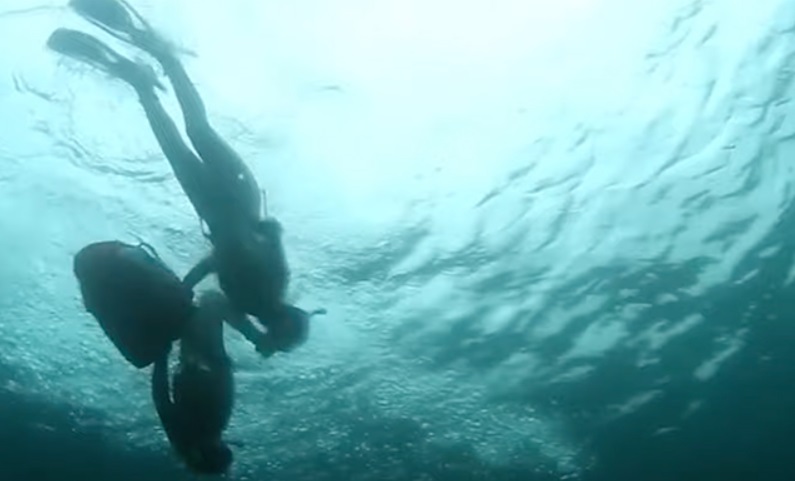 The diver did not know if the shark was able to recover from the trap. But a month later, the shark himself found him underwater.

Louis van Art had been a diving instructor for 10 years and therefore knew how to behave when encountering a shark. This fish did not bother him. The shark was clearly tired of fighting the trap and was only waiting for help. 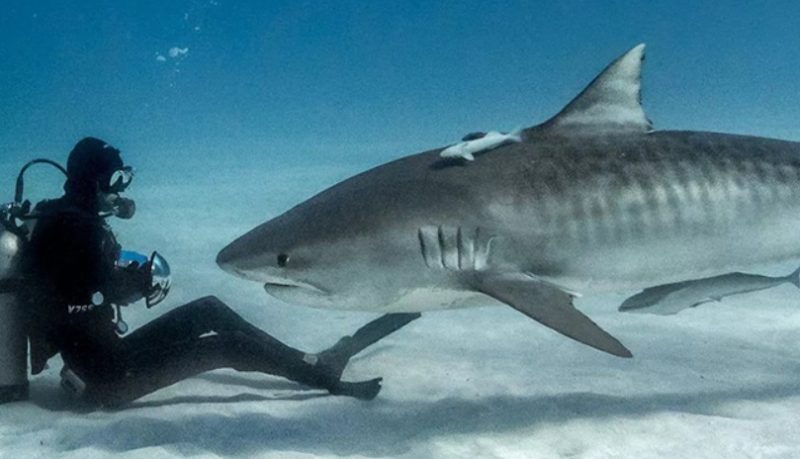 The man was able to quickly cope with the task. But the shark looked too tired: it seems that the trap did not allow him to hunt for several days.

Freed from the rope, the fish quickly disappeared into the darkness of the ocean.

“I was worried because I did not understand if I could help the unfortunate shark. And he sank so quickly!” Van Art later told reporters. 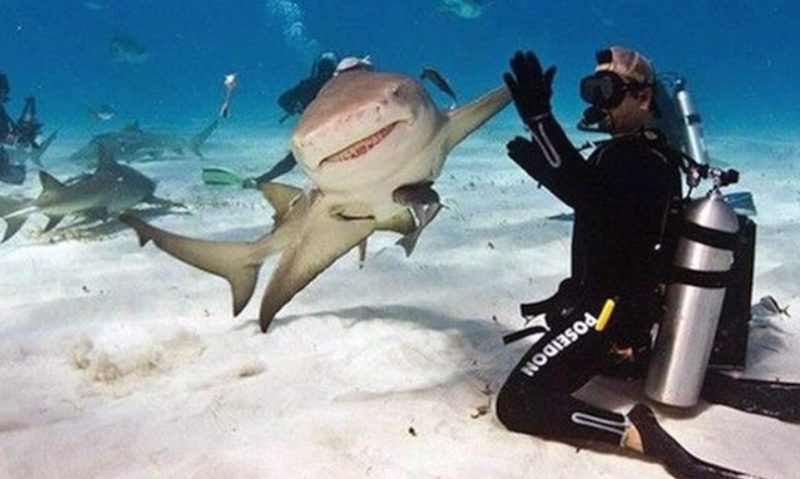 A month later, the diver at about the same place felt the approach of a large creature. He turned and saw the same shark in front of him. He seemed to have sailed to show that he was all right.

The diver did not regret his help for a second. It’s amazing how grateful sharks can be.