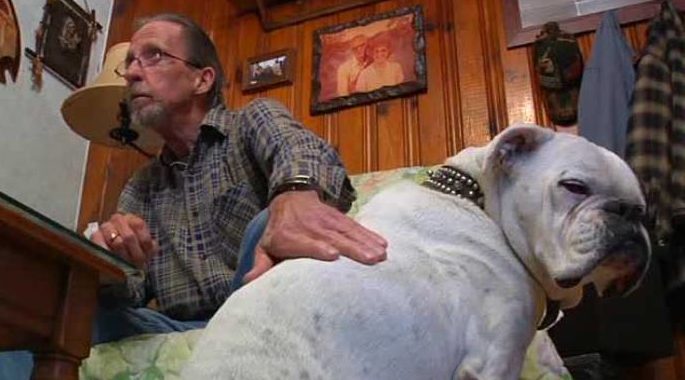 He recently told reporters that a few months ago his dog, who has hip dysplasia, saved his life.

“Chance is my real life buddy. Wherever I go at home, he also goes there. When we go outside, he never leaves my side,” says Collins. 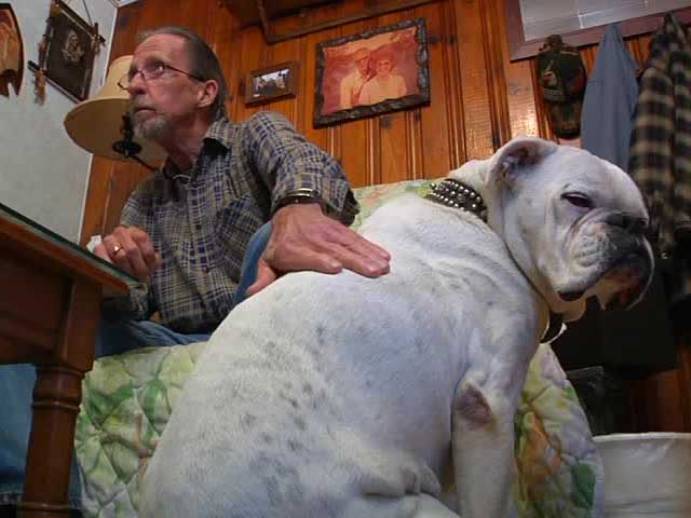 In the summer of 2014, trouble happened to Billy.

According to him, he was in the house when he slipped and fell to the floor, hitting his head and severely bleeding on the fall.

He remembers almost nothing about the incident that day, except that after the fall he saw the floor in front of him.

Further, the story is told from the words of Collins’ neighbors.

The dog had traces of blood on his nose and paws, and the woman knew immediately that something had happened.

Together with Chance, her roommate Dusty Lowe went to Billy’s house and knocked on the door. 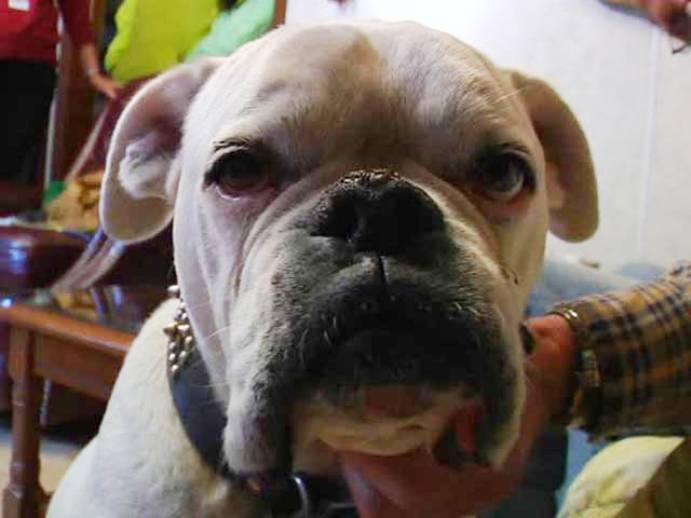 When no one opened it for him, he tried to look inside and saw a man lying on the floor.

“I remember a bit of Dusty messing around with me,” says Billy.

When Collins was helped, and he felt better, the man said that the dog, judging by the traces of blood on his nose, sniffed him and, seeing that the owner was not coming to his senses, ran for help.

First he had to open the front door.

“He apparently hit it with his paw, as I taught him.”

But then a new obstacle arose in front of the dog in the form of a fence.

“Chance has never jumped a fence in his life, he has hip dysplasia, and it’s hard for him to jump,” Billy continues.

Nevertheless, the dog somehow got over the fence and rushed to the neighbors’ house.

Now that Billy Collins’ life has returned to normal, he is sure that Chance saved his life by calling for help in time. Everything could be much worse.

– I don’t know how long I lay there. I was bleeding heavily and could have died from blood loss. Neighbors say that when they saw Chance in the blood, they were afraid of him (thinking that the dog attacked me), but now they call him a hero.

At the wedding, bride and her bridesmaids traded floral bouquets for puppies in need of a good home
Animals
0 77

Fox named Rambo has been hiding from people for three years, interfering with the relocation of other animals
Animals
0 262
Our Top Posts