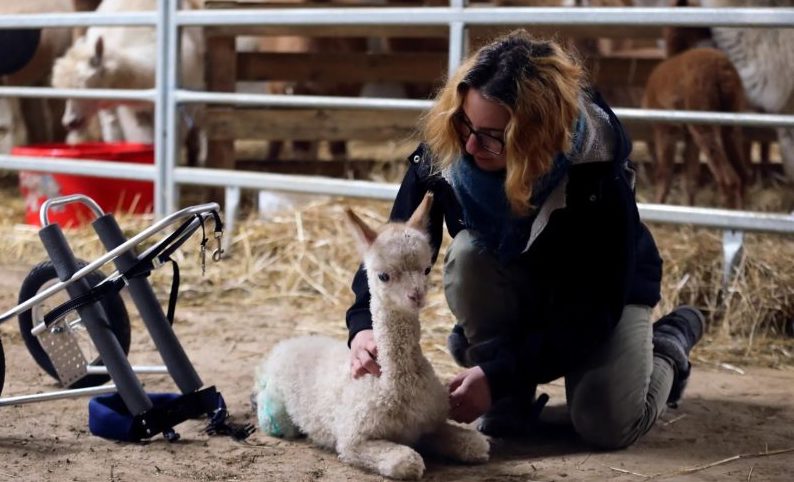 A resident of Germany named Ronja Pohl saw a small alpaca on a friend’s farm, which instantly melted her heart.

The tiny alpaca’s hind legs were severely damaged in a traumatic birth that killed her mother and sister. 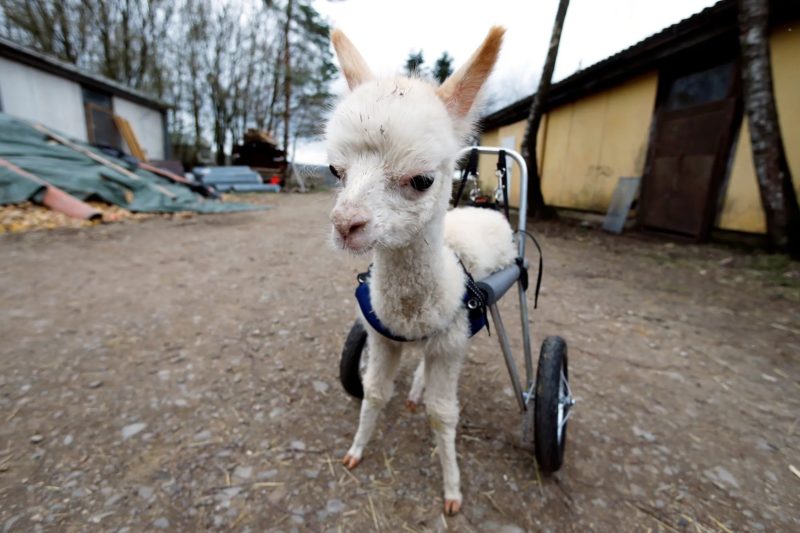 “She jumped briskly, as if she wanted to show everyone that she has a strong character and really wants to live, despite the fact that two of her legs are damaged,” says Ronja.

Ronja decided to take the baby to her farm, located near Frankfurt. 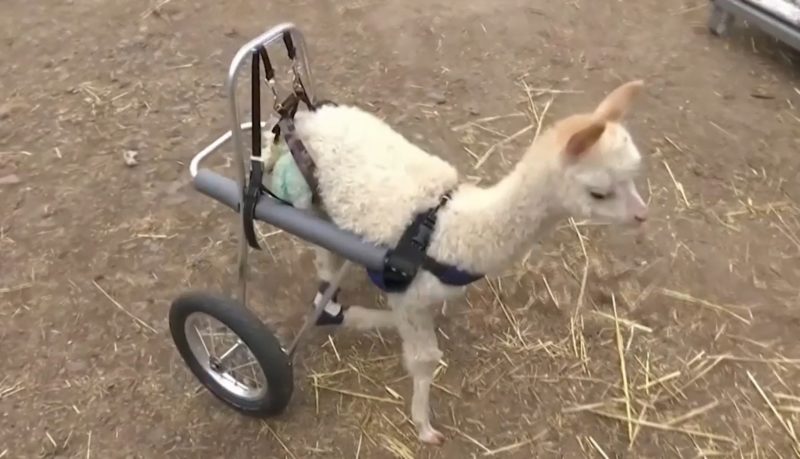 The woman took the alpaca, whom she named Marie, to the veterinarian, and the doctor gave the bad news: one leg of the animal can no longer be saved.

It had to be amputated.

After the operation, the veterinarian gave the new owner of the alpaca the phone number of a company that produces wheelchairs for animals. 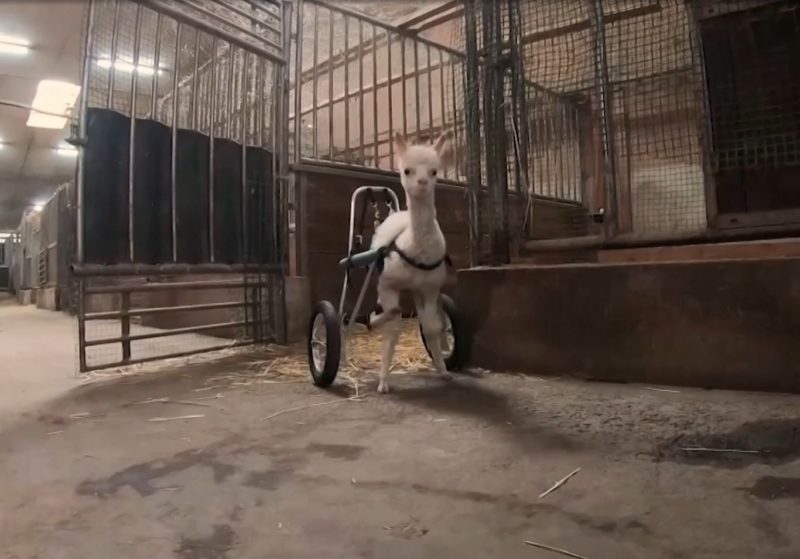 The woman contacted the company. And for Marie they made a special frame on wheels so that she could move independently.

Now the little alpaca is happily running around Ronja’s farm. She almost does not pay attention to her disability, enthusiastically explores the surroundings and communicates with other animals.

“She is very independent and knows how to solve problems. If she falls, she always gets up on her own,” Ronja says.

Soon they will make a prosthesis for Marie, and then she will be able to live with other alpacas.