There are many things you might not expect during a wedding photo shoot – for example, the appearance of a deer.

At least the newlyweds named Morgan and Luke did not expect this in any way and were pleasantly surprised when an unexpected guest “ruined” their photo shoot. 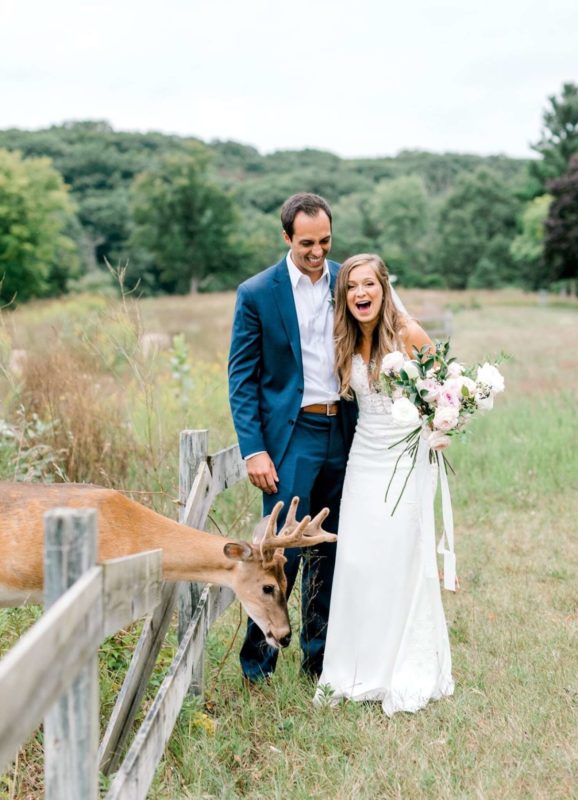 However, photographer Laurenda Bennett saw this as a great opportunity to get some original photos, and the result was simply charming.

The bride wanted the wedding photo shoot to be held at the same location as the wedding ceremony and gala dinner, so they went there after lunch.

Nobody expected the appearance of the deer. Surprisingly, the animal was not at all afraid of people.

When they got to the clearing, they saw him. He was grazing behind a small white fence. And, as soon as he saw people, he went up to Morgan and Luke. 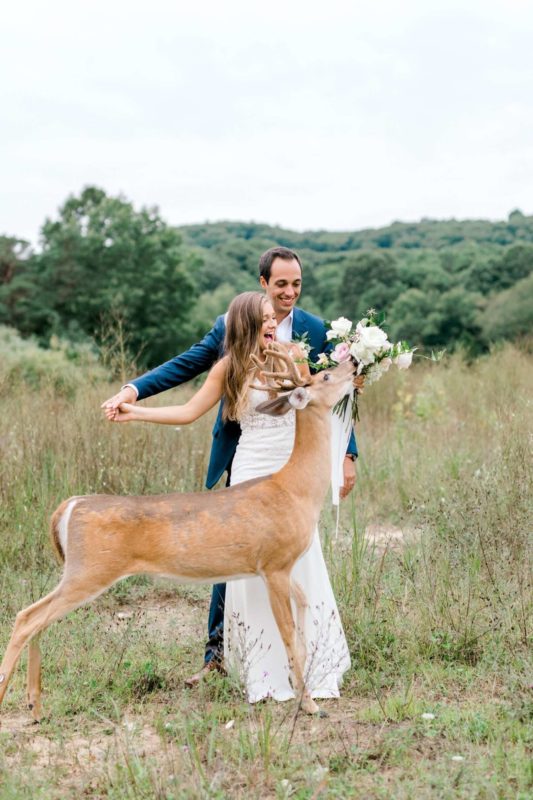 He was interested in the bouquet in Morgan’s hands. So he, without hesitation, boldly climbed over the fence and began to pull flower after flower.

Morgan picked up the bouquet several times, and he jumped up to it. 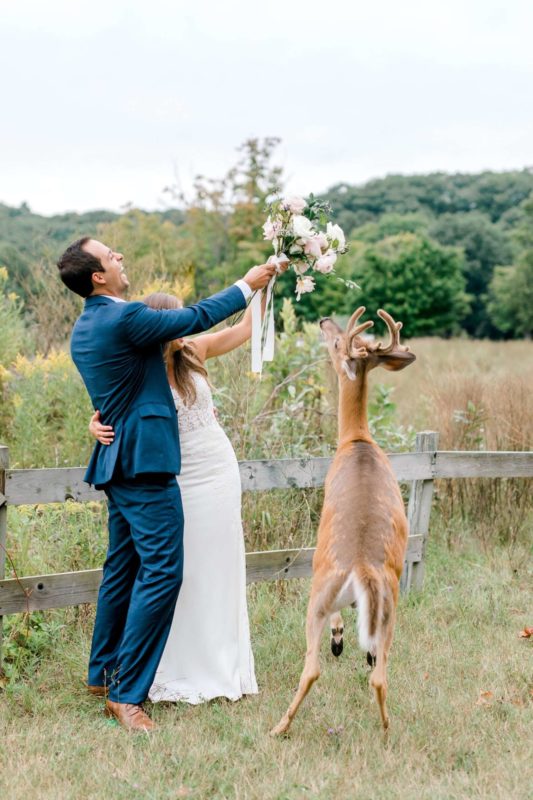 And the photographer all this time did not lose the opportunity to take these shots.

The man took home two abandoned pit bulls from the shelter, and later they fully showed their gratitude
Animals
20 127253

Woman adopted a kitten with unusually huge “glass” eyes, after he was found abandoned on a porch, and called him Porg
Animals
0 260