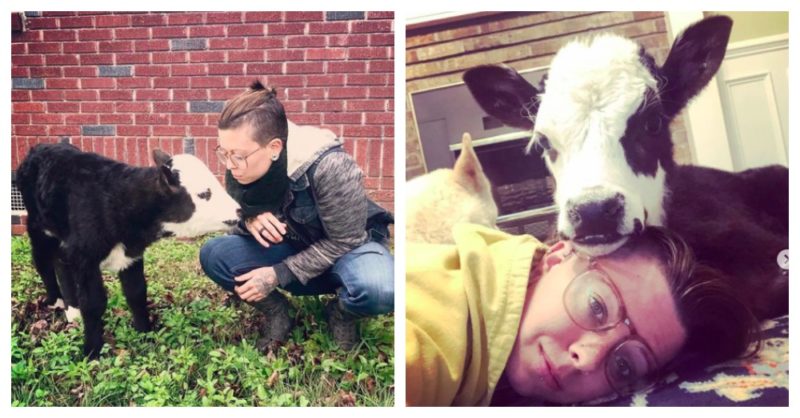 There are so many stories about animals changing or accepting new and odd abilities, living together for a period of time and starting to behave similarly.

Two animals of different species after years of spending together, a dog, for example, can behave like a cat or vice versa. 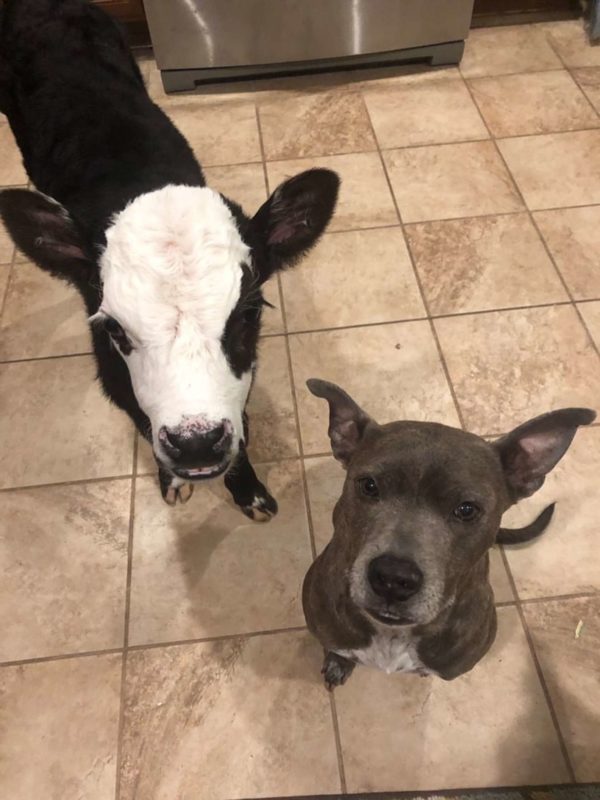 The young bull Sven is a good example of this, who is very intelligent and curious and likes to be caressed and cuddled like a pet. Sven adopted the manners of 6 dogs living with.

Next to these dogs, there are many other saved animals in their big family, as pigs, cats, parrot and chickens. Fredericks, who is the owner of this big animal family, is a vet. 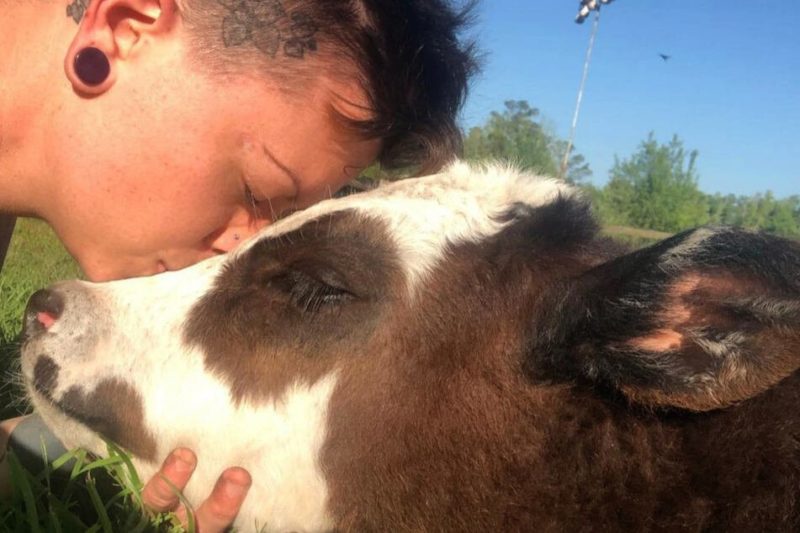 Sven is not a usual bull, you won’t notice him calm, staying somewhere in the corner chewing his food or sleeping or doing the same annoying daily routine.

There is a false assumption regarding the unfriendly and aggressive behavior of bulls. Sven is a risk-taking, curious animal, who likes adventures, as well. 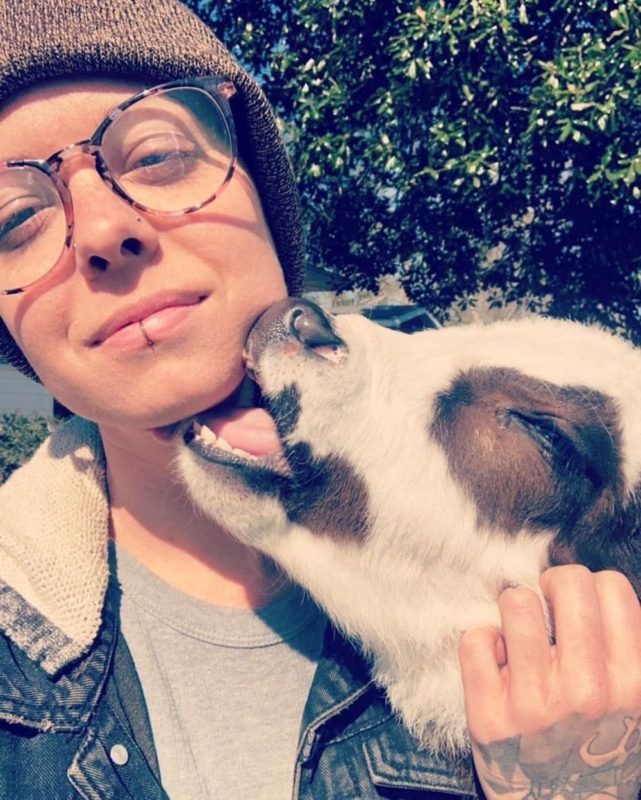 For the safety reasons, the animals are not allowed to enter the house, as the floor is slippery and the animals might get harmed.

But this rule is not for the young bull, as he is waiting to catch a proper moment to see an opened door and sneak into the house.

When Sven was a baby, and once, he was ill for a couple of days, used to live in the laundry, until he recovered.

So, he knows how comfortable is inside and is eager to be there any time he has a chance.

In that cases, there is a cunning trick to bring his outside the house, it’s a tasty cookie or some other treats. Attracted by the tasty food, he slowly goes out from the house.

Once, Sven appeared in the Fredericks’ bedroom and woke him up.

Though, being a rule breaker, Fredericks adores Sven, as he is really very funny and lovely.

Adopted boy grew up and built a dream house for his poor parents: see the incredible result
Interesting News
0 174