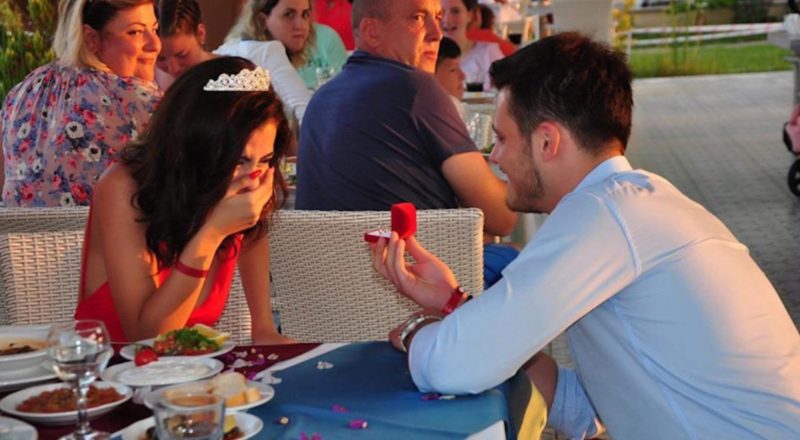 Myron took to see some childhood photos of his bride when she was relaxing on the Montenegrin coast. 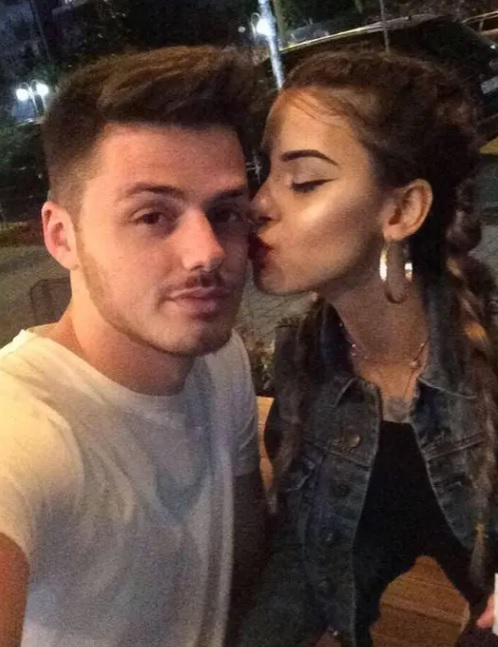 Suddenly, the guy put the whole stack of pictures aside, and then picked it up again – obviously, he did not immediately believe what he saw. In the background of one of the photographs of the bride, Myron saw himself. Even though the couple met each other decades after this photo was taken.

Verona Koliqi was born and raised in Kosovo, the girl spent all her childhood with relatives in Montenegro. The photo was taken in Budva: Verona herself and her friends are in the foreground. 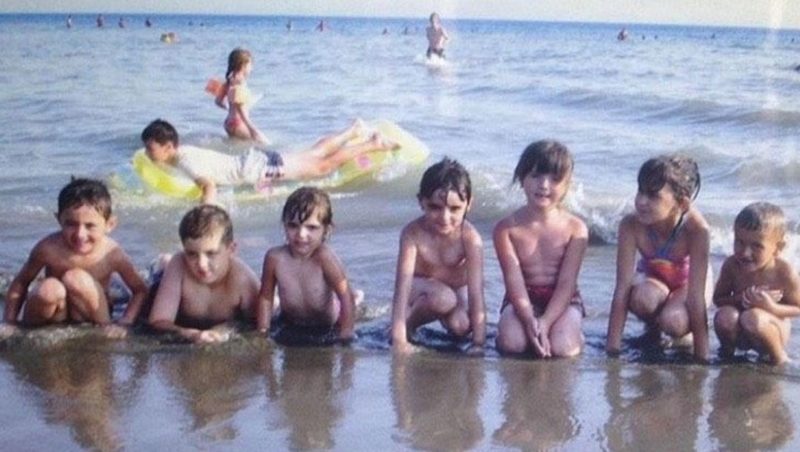 “One day I was looking at an old beach shot from 10 years ago and decided to show it to my fiancé. Myron, in his usual way, began to look at what was happening in the background, and noticed a boy who had the same shirt, shorts and air mattress as his. Then everything developed just like in fantasy,” Verona wrote on social media.

The picture actually showed Myron. He sailed past and, like all 12-year-old children, did not pay too much attention to those around him.

A funny story only strengthened the relationship of the couple. Myron has already proposed to Verona.

Neighbor dogs dig holes under the fence to see each other, and the neighbors come up with a brilliant idea
Animals
0 326