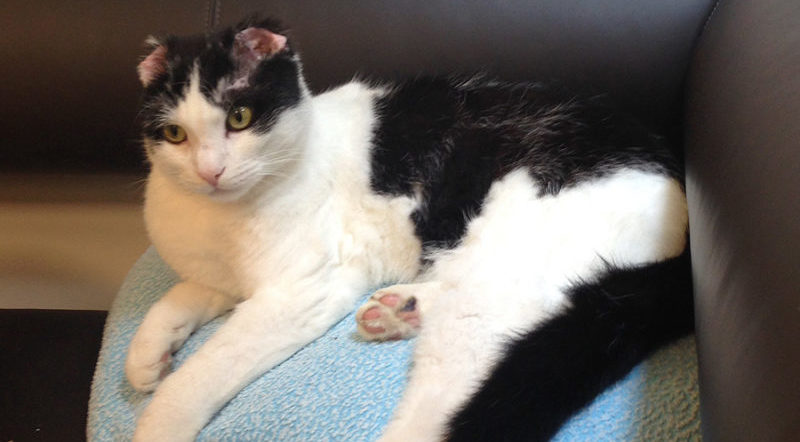 In Switzerland, doctors at a veterinary clinic rescued a cat stuck in a car bumper after being hit at a speed of over 70 miles per hour.

Swiss police in the city of Lucerne were surprised by a call from a driver who said that a cat was stuck in the bumper of her car, which she knocked down on a freeway. 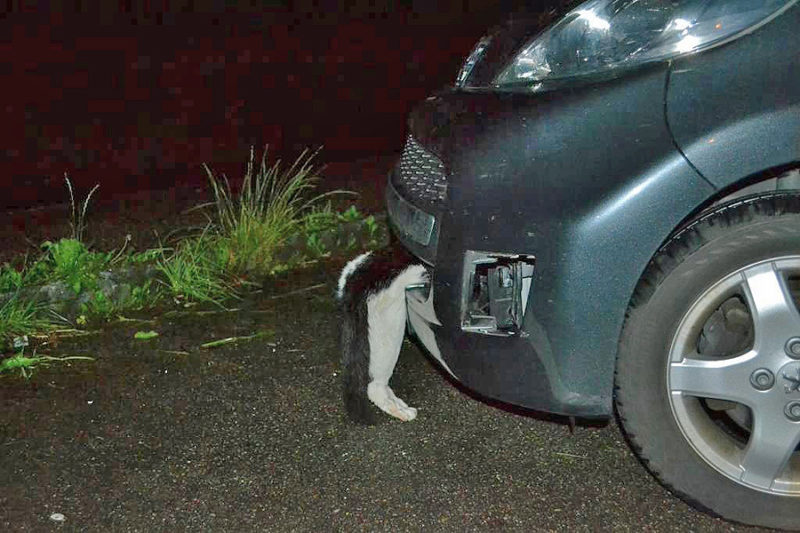 “After she reported that she hit the animal at a speed of about 70 miles per hour, we were sure that it had died. Because, according to the driver, she drove with a cat stuck in the bumper for another 7 miles. The big surprise was the fact that the cat survived,” a police spokesman commented on this case to the Daily Mail.

A motorist hit a cat around midnight on a freeway. 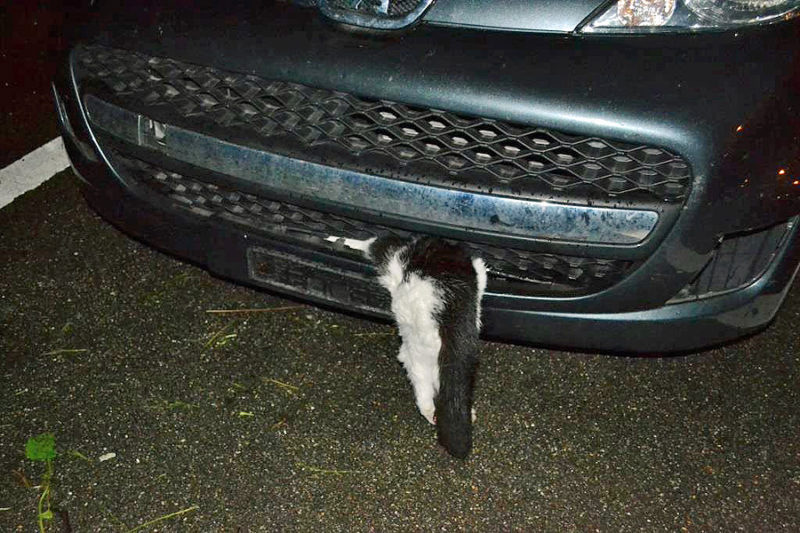 Hearing a faint thud, she didn’t pay any attention to this. But when she got home, she found a cat in the front bumper of her Peugeot. The cat showed signs of life.

She failed to extract the animal on her own, and the woman called the police.

Law enforcement officers called veterinarians, who had to use a sedative to get the cat out of the bumper.

As it turned out, the poor animal suffered more from the hot engine than from the blow itself. The cat received a severe burn of the ears.

In the vet clinic, the pet underwent several operations.

The doctors were unable to identify the owner of the cat, and decided to leave the animal to live at the place of treatment.

The head physician gave him a suitable name – Quasimodo.

Interesting News 0 13
Mrs. Pocock, originally from Idaho, lives near the channel, which always has a strong

A cat has been reunited with his owners in Swansea after going missing for eight years.
Interesting News
0 120

Playful lion surprised the wildlife photographer with a scary roar, then winked at him and smiled
Animals
0 217