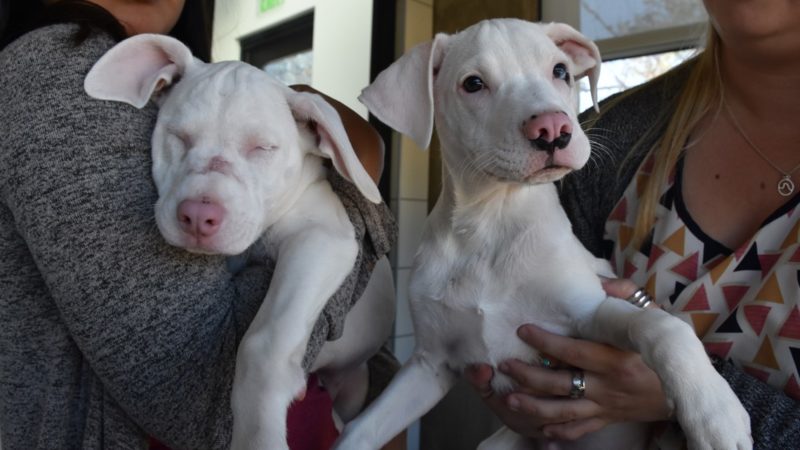 It’s always easy to overcome the difficulties encountering your life, when you are not alone, like this puppy, who was born blind and deaf.

She looks absolutely normal dog, when she is with her helper-brother. The incredible bond they formed help them to defeat any obstacle.

Meet Star, the blind and deaf dog and her brother Denver, two kind and gentle souls, spending all the time together.

They sad story breaks everyone’s heart. This duo, their mom and six siblings, the whole family, were dumped on a country roadway’s side. Fortunately, a kindhearted couple found them and rescued all of them.

But, short after that, it was found out that there is no shelter having space in Louisiana to foster them. 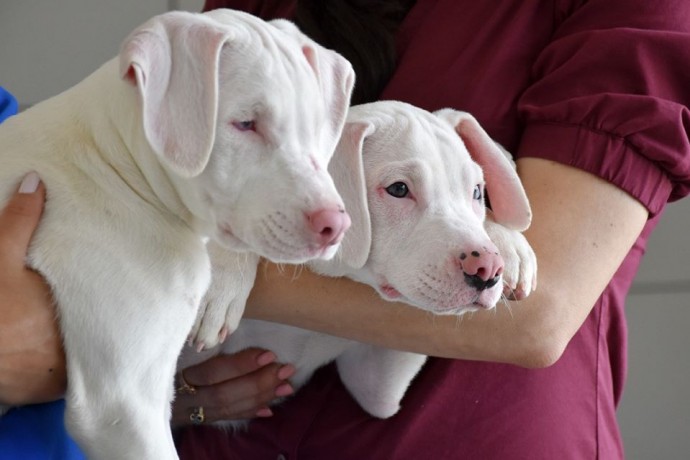 However, by chance, the Helen Woodward Animal Center in San Diego agreed to take Denver and Star with their six brothers and mom at their shelter. The whole family passed over 2,000 miles to continue their lives in a safe and peaceful place surrounded with kind and caring people.

It was there, when the attentive staff found out that star is not only blind, but deaf, as well. But star found a way out to survive with the help of her kind brother Denver, who became her eyes. They both were inseparable. Here, all their siblings soon were adopted. 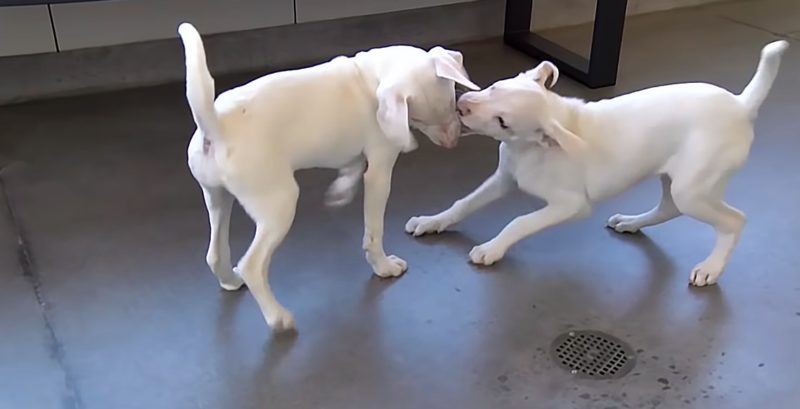 But, unfortunately, nobody wanted to adopt Star, because of her delicate condition. The shelter staff decided to approve only those applications for adoption, who would be ready to adopt both of them, as Star was not able to go on without her brother’s help.

They were so attached to each other. Denver was Star’s protective guide, who helped his sister to explore the world with him. The way how they take care of each other is incredible. 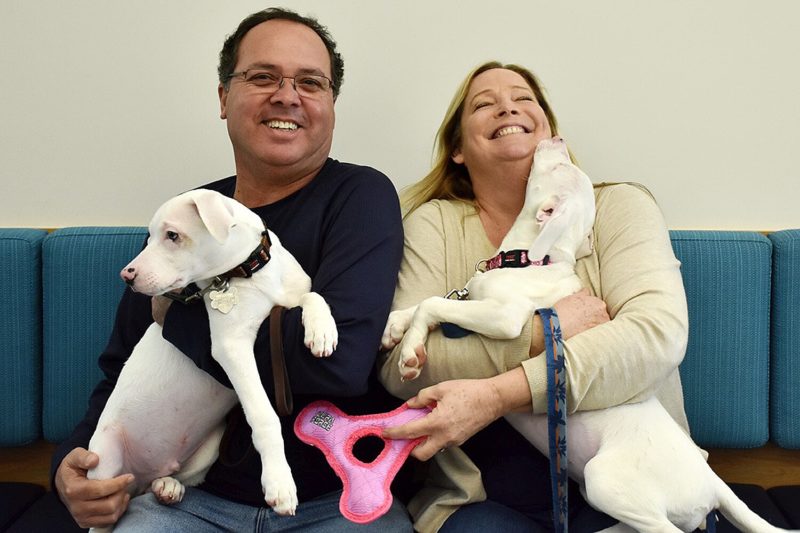 Recently, eventually, appeared a nice couple, Sheri and Art, who gave their agreement to adopt Star and Denver together. The animal lovers rushed to the center with an excitement to take both dogs to their forever, sweet home.

Sheri and Art were pleasantly surprised, when they learned that an anonymous donor covered the adoption fee for both dogs.

Even more, the Blue Buffalo Pet Food gifted the family with a year supply of dog food.
Hopefully this duo find not only a forever home, but love and care, they deserve.
Watch the adoption moment here:

9-year-old boy began to feed homeless animals: now he is 13 and has his own shelter
Interesting News
0 46

Cat with the saddest face was about to be put down in the shelter, so vet tech decides to adopt him instead
Animals
0 322