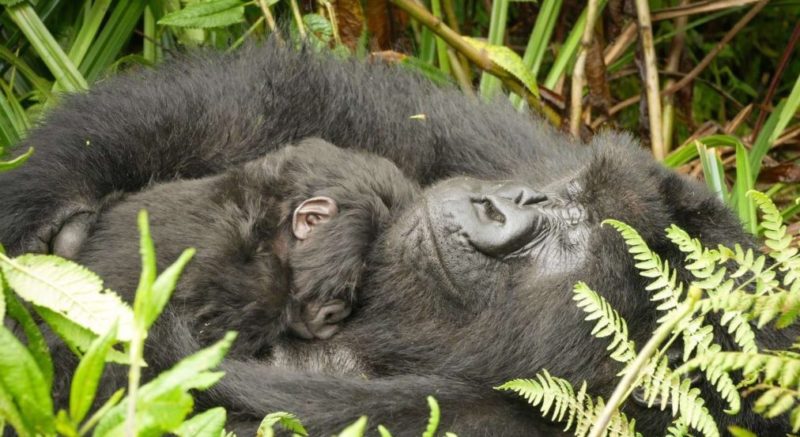 Gorillas have a very strong nepotism. Childless females often provide babysitting services to mothers with many children so that they can rest and gain strength.

And in this matter they can be trusted. Gorillas are very sensitive to the younger generation. They never beat the cubs and do not punish them.

So, in one of the troops of mountain gorillas living on the Virunga Lodge, Rwanda, a young female (she was given the nickname Ubukombe) was seen willingly taking part in caring for someone else’s offspring.

“Ubukombe is not missing out on the chance to nurse the babies,” said Donna Gorman, communications specialist at Dian Fossey Gorilla Fund. 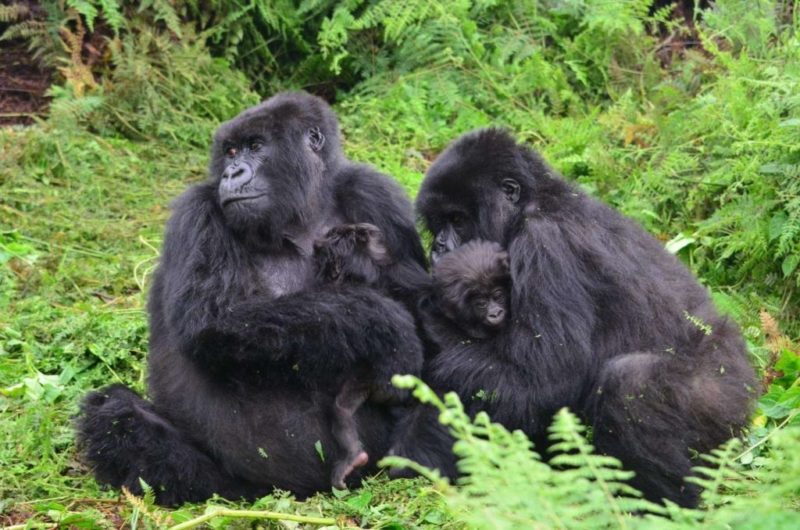 “Her help gives young mothers a break from their maternal responsibilities.”

Recently, Ubukombe decided to sit with the newborn baby so that the exhausted gorilla mom could rest.

Gutangara (as the Foundation employees call her) has seven cubs, her hands are always busy with them. And help will not hurt her at all.

By the way, such an eagerness for Ubukombe to care for cubs is not entirely typical. Because she is still a teenager herself (the gorilla recently turned six years old) and has no experience of motherhood. 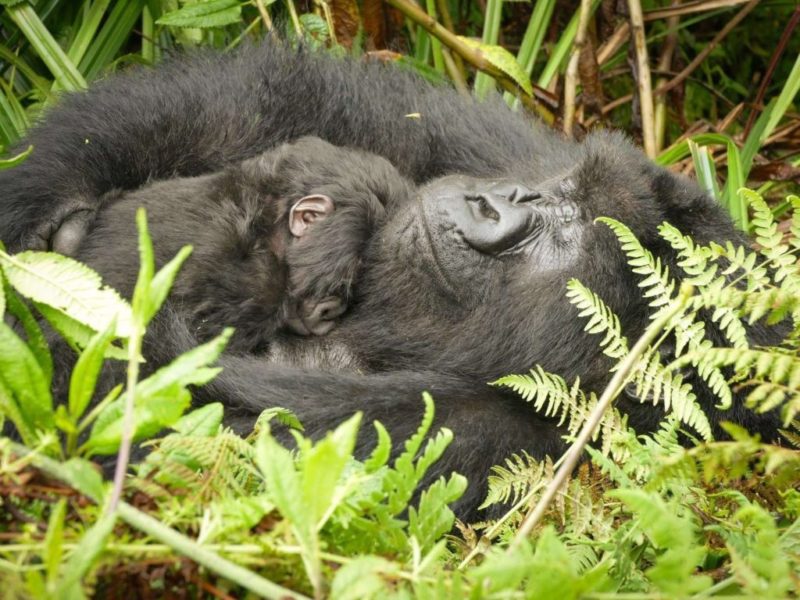 But mothers are not afraid to entrust their babies to her, because it is useful for them too.

The sooner the little gorilla is separated from the mother, the sooner he will gain independence.

And his mother will again be able to give birth and increase the population of mountain gorillas, which are already on the verge of extinction.

In South Africa, an incredible incident took place that reminded eyewitnesses of a scene from the popular movie The Lion King
Animals
0 295

Serbian man follows his mother’s passion, over the years he has saved more than a thousand homeless animals
Animals
0 143