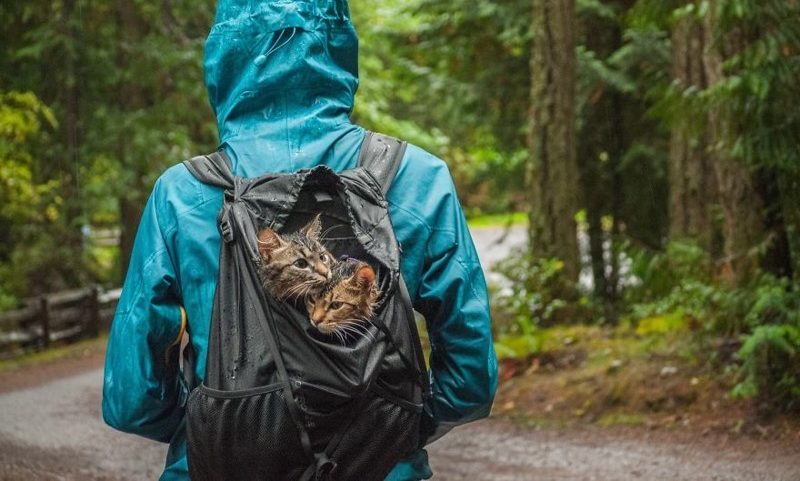 Bolt and Keel are the names of two cats, two brothers who live in British Columbia, Canada. 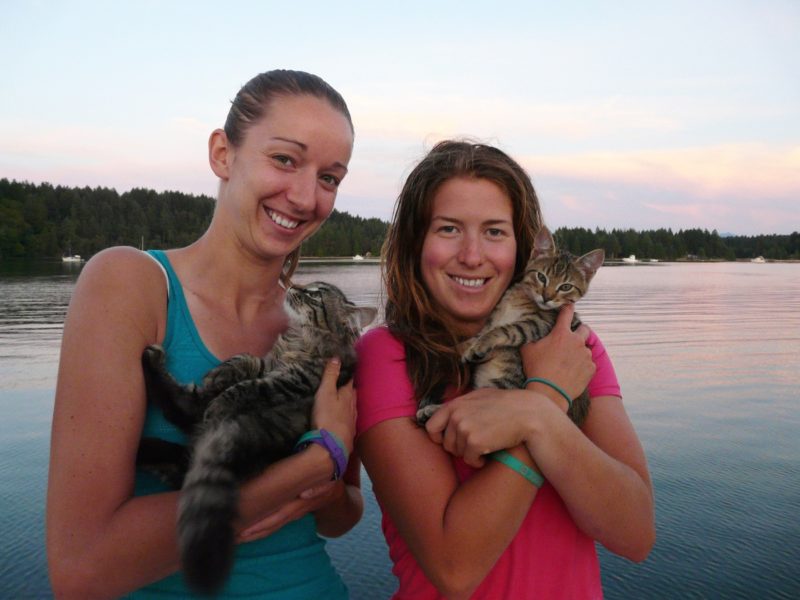 Their owners are two girls Kayleen VanderRee and Danielle Gumbley, who are very fond of traveling through the Canadian mountains and valleys and take their pets with them everywhere.

But the beginning of the life of their pets was rather bleak.

In the summer of 2015, Kayleen worked part-time at a children’s country camp. 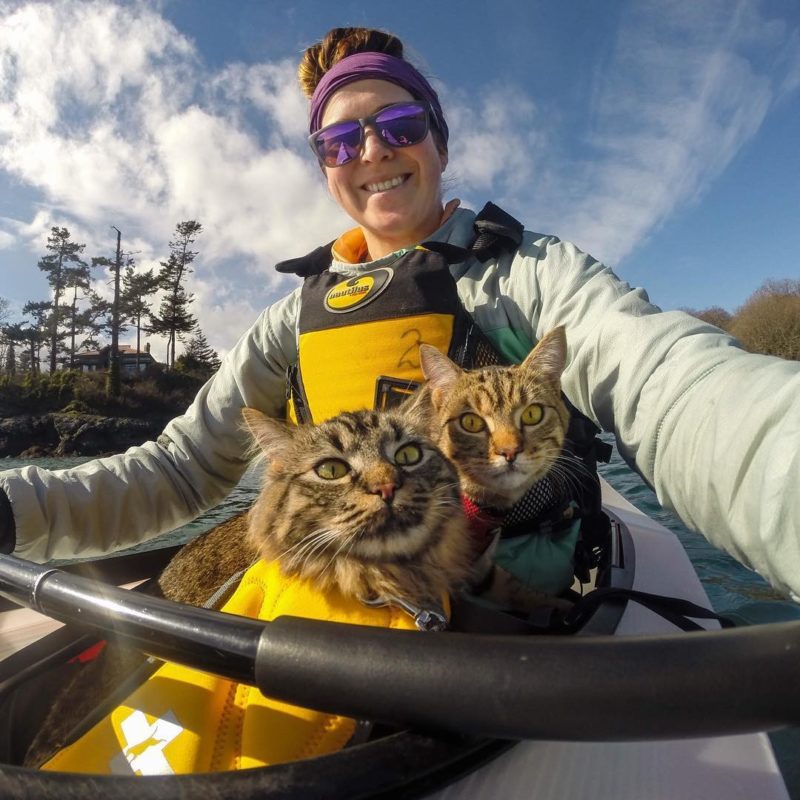 One day, she was walking past the garbage cans and heard a soft meow. She went to check and saw two small kittens near the garbage.

– They were so small, I just couldn’t leave them there.

When her shift at camp ended, Kayleen took the kittens with her to take them to a local shelter. 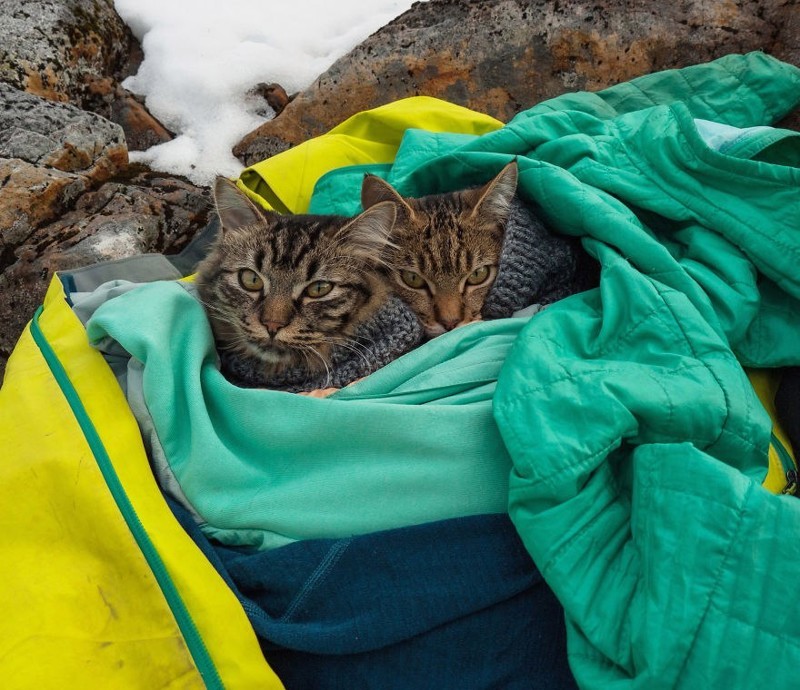 But she was late that day, the shelter was closed for the weekend, and on the weekend Kayleen planned to go camping with her friend Danielle.

So she had to take the kittens with her and it was a very good decision.

The cats were given the names Bolt and Keel, and the girls became so attached to them that they no longer wanted to give them anywhere. 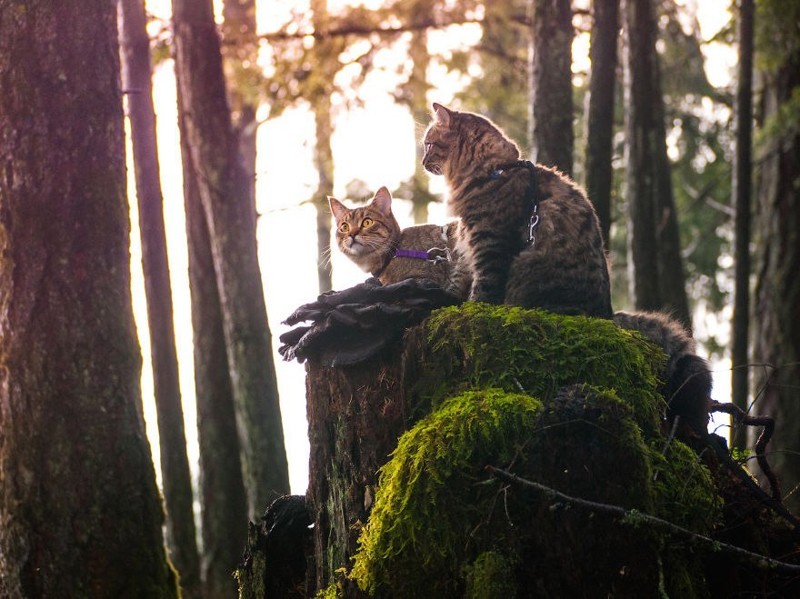 Since then, the girls have been traveling with their pets. According to them, cats have different personalities.

Bolt is easy to lift and “you can do whatever you want with him, put him anywhere.” Bolt can be put on the neck, and he will lie there like a fur scarf.

And Keel is more demanding of attention and can show that he doesn’t like something.

Both cats are very friendly and sleep in an embrace.

Kayleen recommends that beginner animal travel enthusiasts have patience and a leash, and pay attention to safety first.

If you meet another animal, it is better to take the cat in your arms.

She also bought life jackets for cats for water trips, and if the cats were bothered by something, they were simply wrapped in a blanket and put in a backpack. 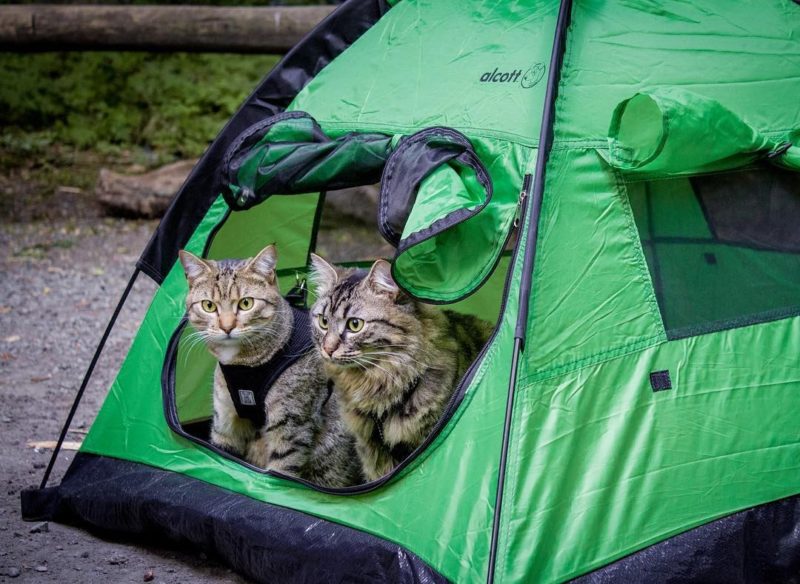 But the most important thing is “just love them and pay attention to their needs and everything will be fine.”

Heroic dog saved his owner’s life after accident, never stopping even as he hurt his own paw in the process
Animals
0 320