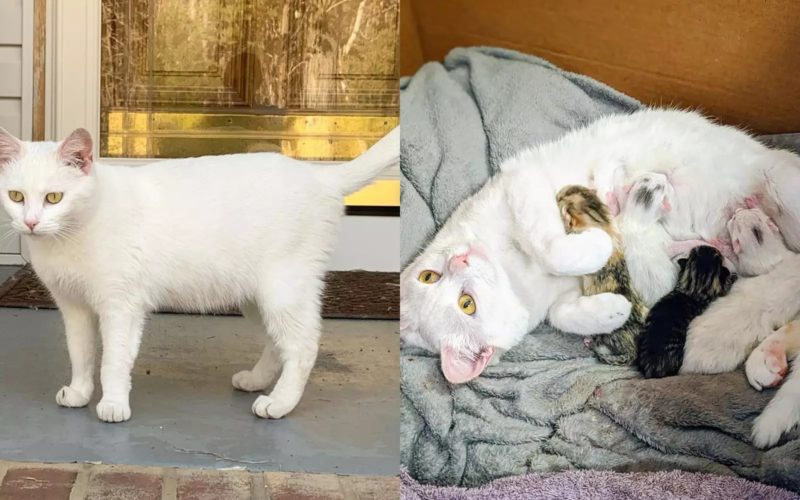 One morning, Sarah Kelly from North Carolina went out on the porch and saw a homeless white cat who needed help. 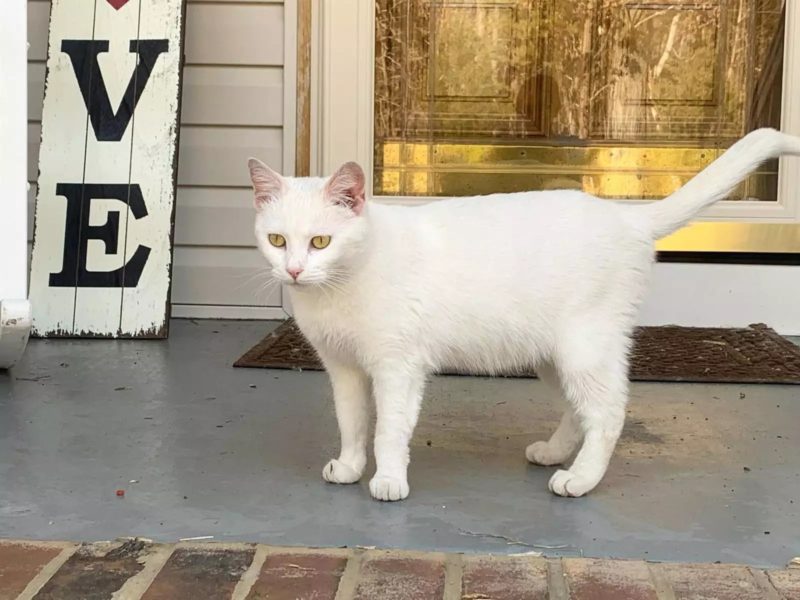 She was pregnant, and she already had two adult kittens with her. But despite this, the woman let her into the house and soon became the temporary owner of eight pets at once. Five of them were yet to be born.

“The cat I named Ellie showed up on my doorstep about two months ago with her kittens. They seem to be a few months old.” Sarah recalls.

After feeding the cat and her kittens, Sarah contacted the Sparkle Cat Rescue of Burlington, who took the fluffy mom to the vet for a checkup. After that, a completely healthy cat family returned to their temporary home. 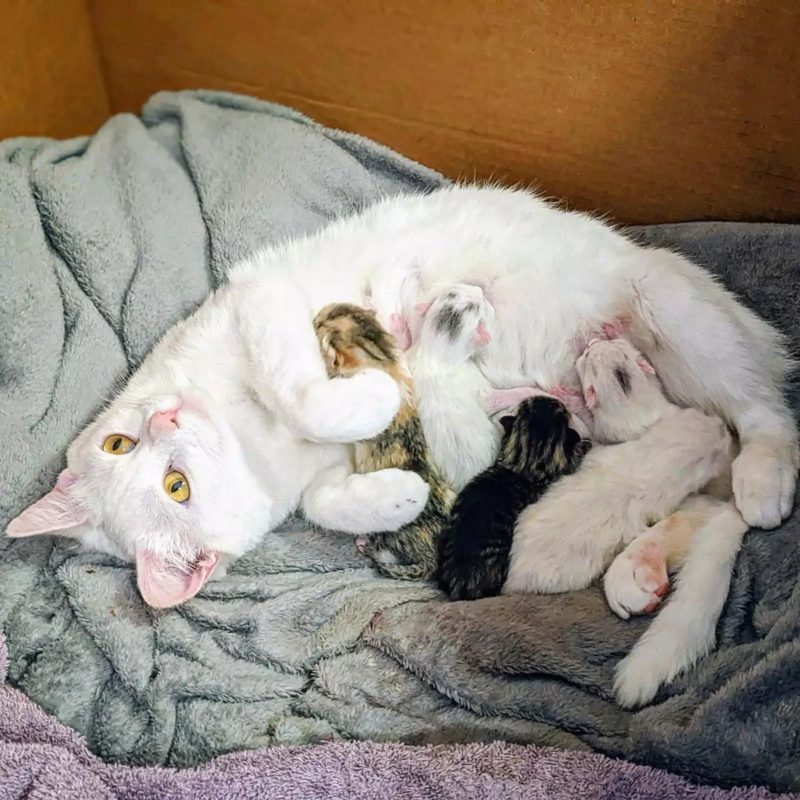 After some time, while under the care of Sarah Kelly, Ellie gave birth to five healthy babies, and then went with them to another foster family.

The new owner of Ellie and her kittens named the newborn tailed five in honor of the characters in the books of the writer Dr. Seuss: Cindy Lou, Hattie, Maisie, Sam and Sir Snipps.

The mother cat quickly got used to the new house and got used to strangers. She is very attentive and kind to all her kittens, which never ceases to amaze her owners.

“I knew right away that this cat had a heart of gold. This is evidenced by the fact that she took care of her older kittens for so long, and then came to me so that I could help her with her unborn children,” Sarah Kelly says.

Ellie’s two older kittens were “adopted” and moved to other owners, and her younger kittens are still with her, but will soon also go to new owners.

A stray dog hangs around the car dealership, so they made him their “sales dog” and mascot
Interesting News
0 133

The gigantic Harpy Eagle looks like a man wearing a costume of a bird, precious beauty of the nature
Interesting News
0 1091

When the foal named Tye was nine days old, he lost his mother, but immediately found a very special friend
Animals
0 474