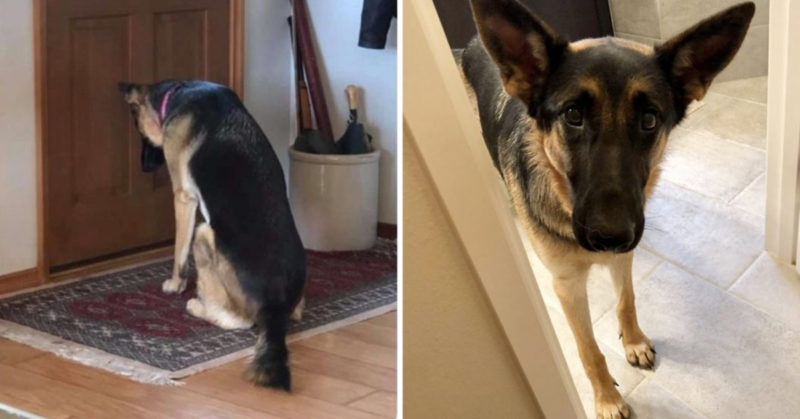 When Katie Snyder brought her dog Leia to her parents, she thought it was just for a while. 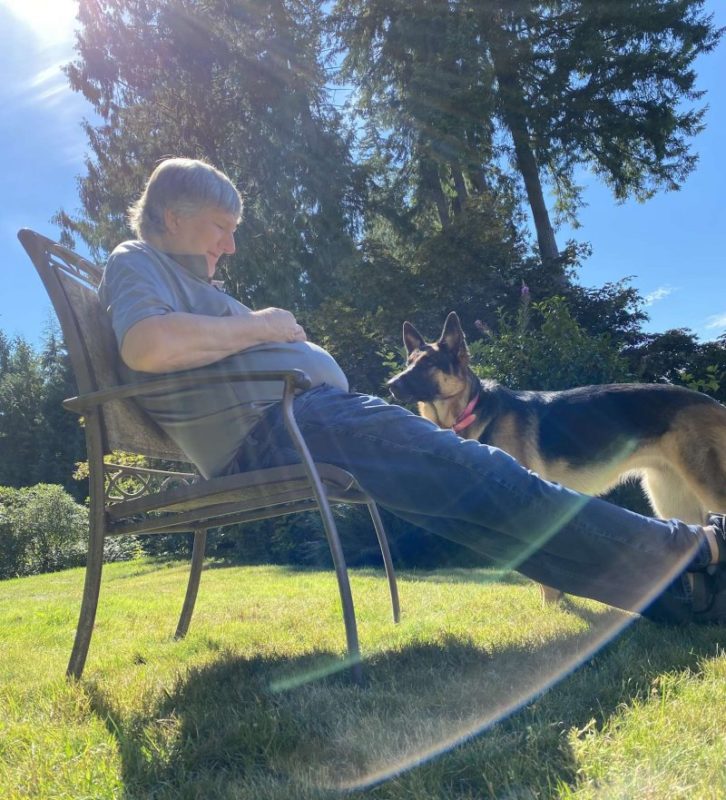 Leia has always been an independent pet, but she loved each of the family members in her own way.

Unexpectedly for the owner, Leia’s strongest bond appeared with her dad.

After her parents celebrated their 40th wedding anniversary, Katie’s father started having problems with complications from cancer.

The man was taken to hospital, where he was forced to spend several days.

When Katie’s mother returned home from the hospital, she saw a moving sight – worried Leia had lost her owner.

She stood patiently at the door with her head bowed and waited for “dad” to return home. 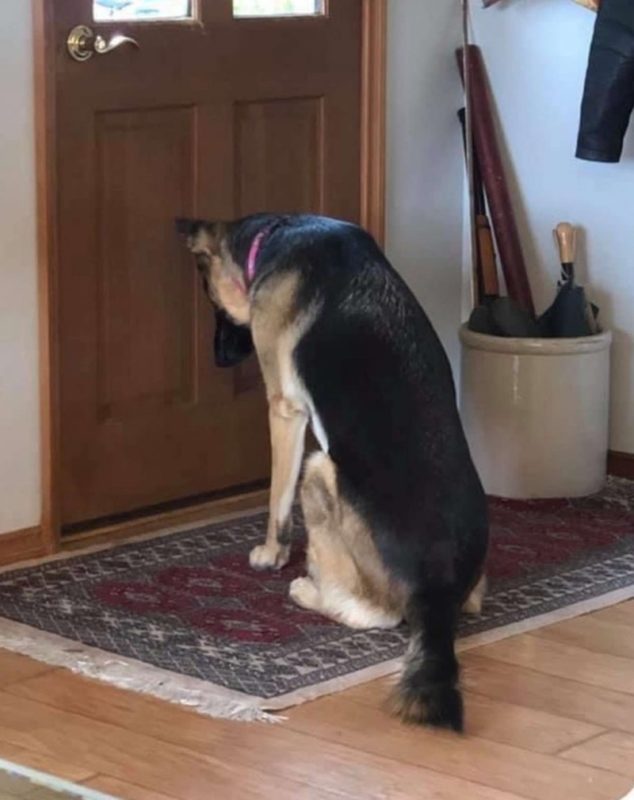 Fortunately, after a while, Katie’s father returned home – and Leia could not hold her happiness about this!

The two were overjoyed at the touching reunion.

Since Katie is often on the road, after talking with her parents, she decided to leave Leia with them. 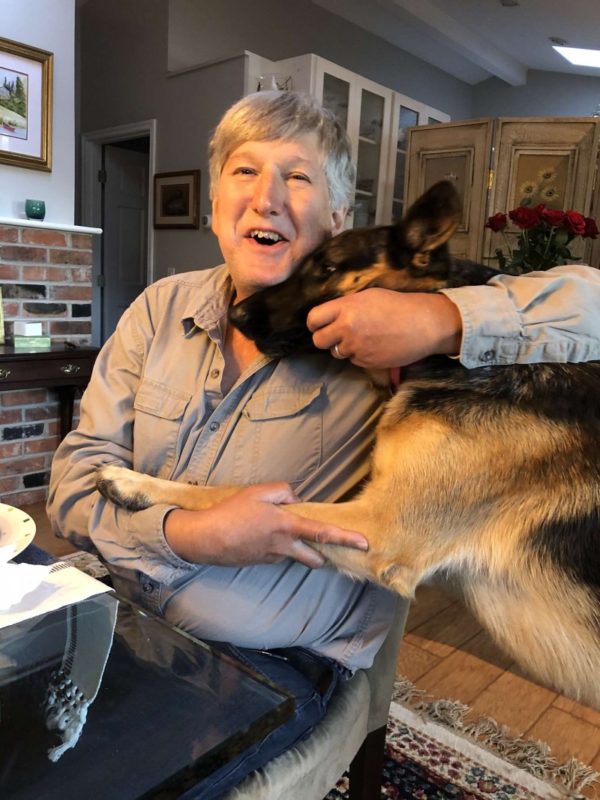 Moreover, she and dad have such an incredibly warm relationship.

“When it comes to loyalty, that fully characterizes Leia. Dad is her full and beloved owner,” says Katie.