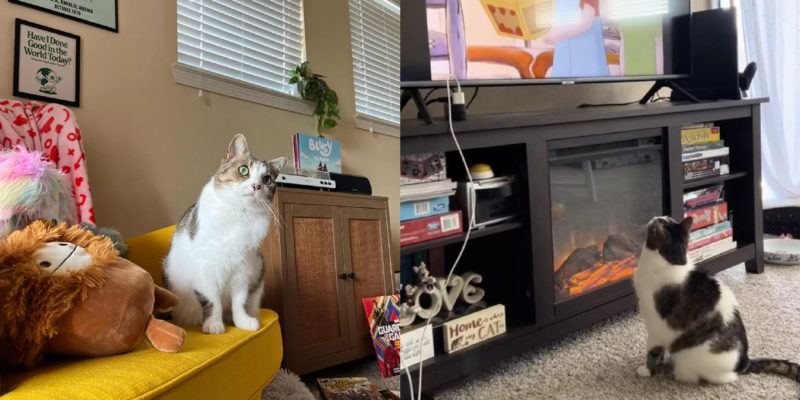 The family of a cat named Ella took her from a shelter when she was ten years old. 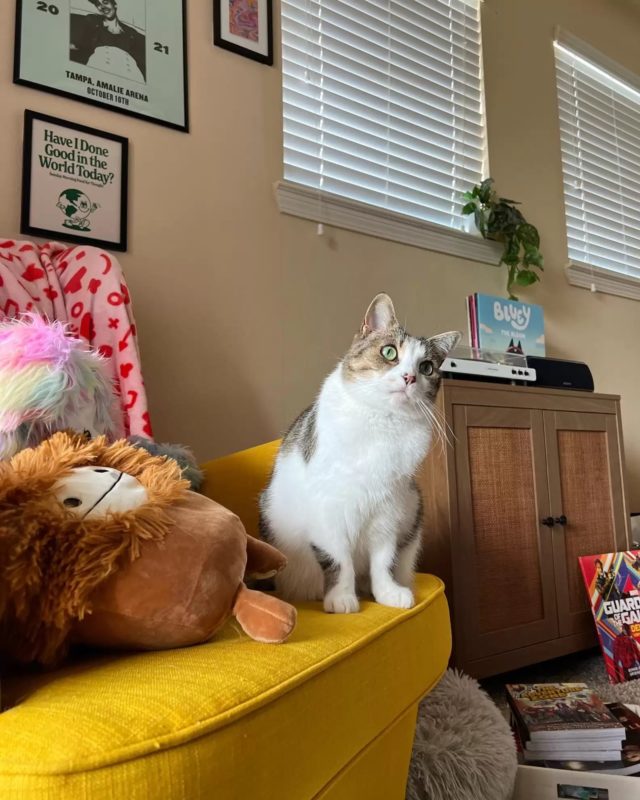 By that time, she already had a very clear idea of ​​her likes and dislikes and was never shy about reporting them.

“Ella is usually a very brash and demanding cat. However, that’s only because she’s a lady who knows what she wants, so I can’t blame her for that.” Emily Kalaygian, Ella’s owner, said. 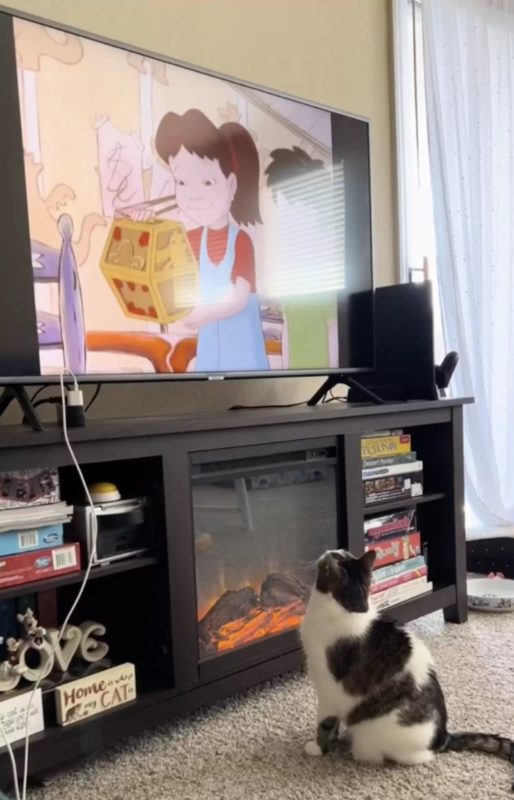 About a month after Ella arrived at the Kalaygian family’s home, she became very interested in the TV when the owner turned on the Grinch.

From this, the cat’s obsession with cartoons bega: TV shows and talk shows.

“As soon as 2020 rolled around, and we started to sit at home watching TV, Ella’s love for cartoons and movies only increased,” Emily told The Dodo.

Now, Ella watches TV every single day. Since the very morning, she has been waiting for her two-legged mother to wake up so that she turns on her favorite cartoons.

“Ella usually waits at my door in the morning for me to choose a show for her to watch. Now I already know very well what she likes and what not. But sometimes her choice of cartoon or movie can surprise me!” Emily says.

Furry’s favorite show currently is Oswald, but she used to be a huge Phineas and Ferb fan. 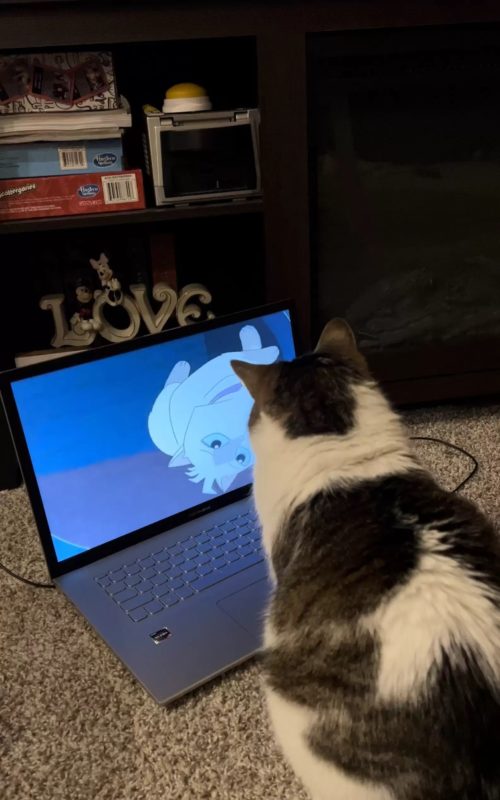 Also, the cat is crazy about the British actor Benedict Cumberbatch. So she always watches movies with him, never looking up from the screen for a second.

Ella’s owners are incredibly touched and amused by her passion for television. And they often watch their favorite films with her.

The family gathers in one room, takes out goodies, sits comfortably on the couch and turns on a series or movie that everyone likes, including the cat.

The family let their cat into the house, and then found her exact copy on the sofa
Animals
0 202

As the mother bear abandons her cubs to drown in the lake, two brave fishermen jump into action and save them
Animals
0 3147