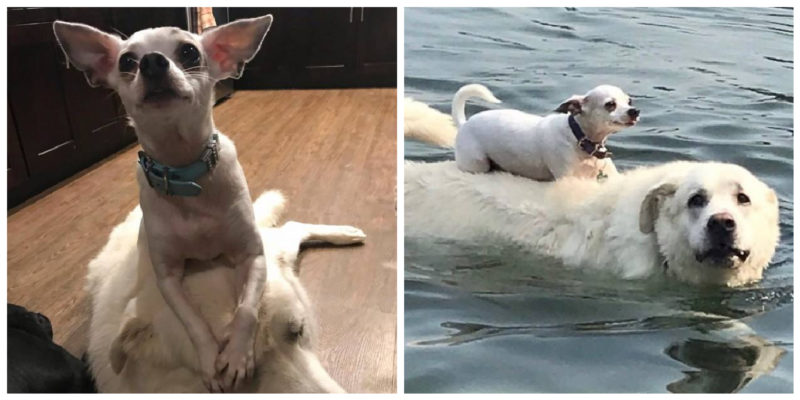 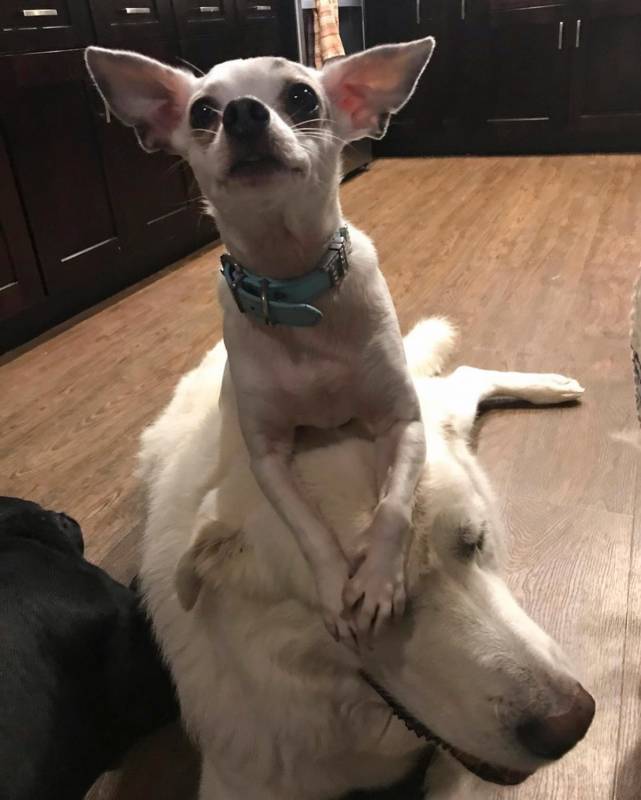 A charming chihuahua loves his friend, and he does not mind when little Tim once again decides to ride him, use him as a pillow or high chair. True friendship is what it is!

Jenny Leech works as an animal shelter volunteer and often takes elderly and sick dogs to her for temporary housing. 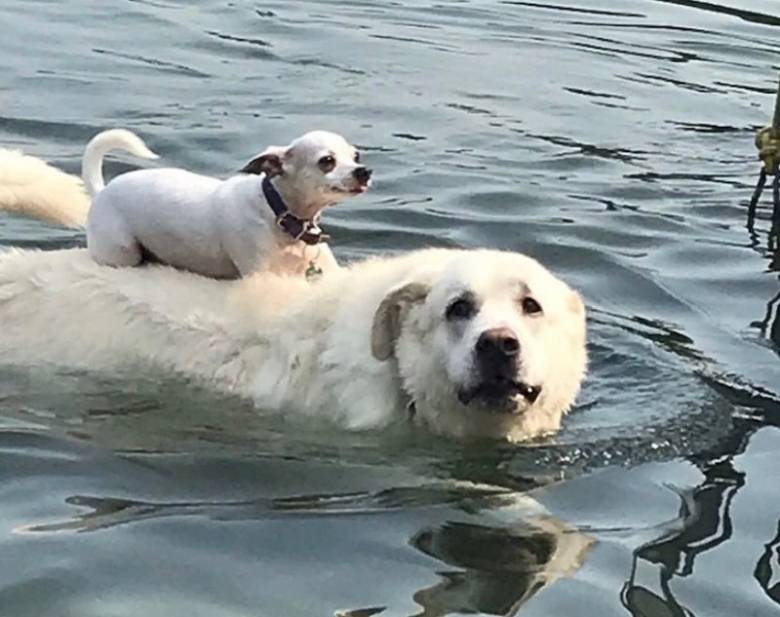 Her very first ward was a Chihuahua named Tim.

Surprisingly, from the first days, the dog got along with the family’s pet dog – 10-year-old Ben, a mestizo of a Labrador and a Pyrenean dog.

The couple literally immediately became inseparable, and it was impossible to look at them without emotion!

Tim adored his furry friend and used him as a personal couch, pillow, chair and even a vehicle. 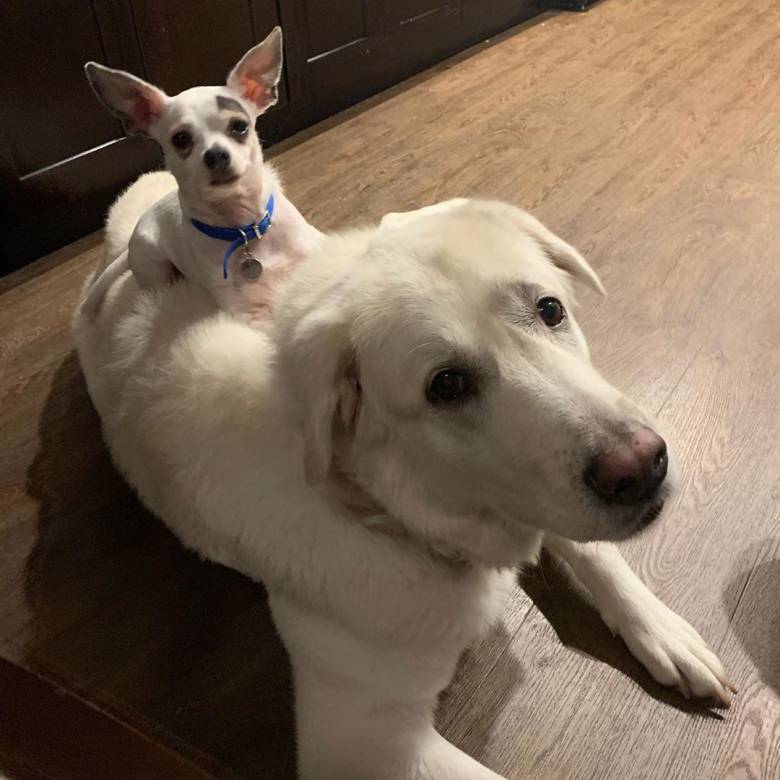 The owners were amazed at how patiently the big man Ben endured all this.

Once, when once again they saw Tim sitting on Ben as a horse, the owners could not restrain themselves – they looked at each other and decided that the charming chihuahua was now part of their family.

“They have a unique friendship,” says the owner.

“Tim feels safe and comfortable around Ben because he’s so big and fluffy. They’re also a great team. For example, it’s funny to watch Tim climb Ben to steal leftovers from the table.”

Dog friends are completely different in character, but as friends should be, they are still together. 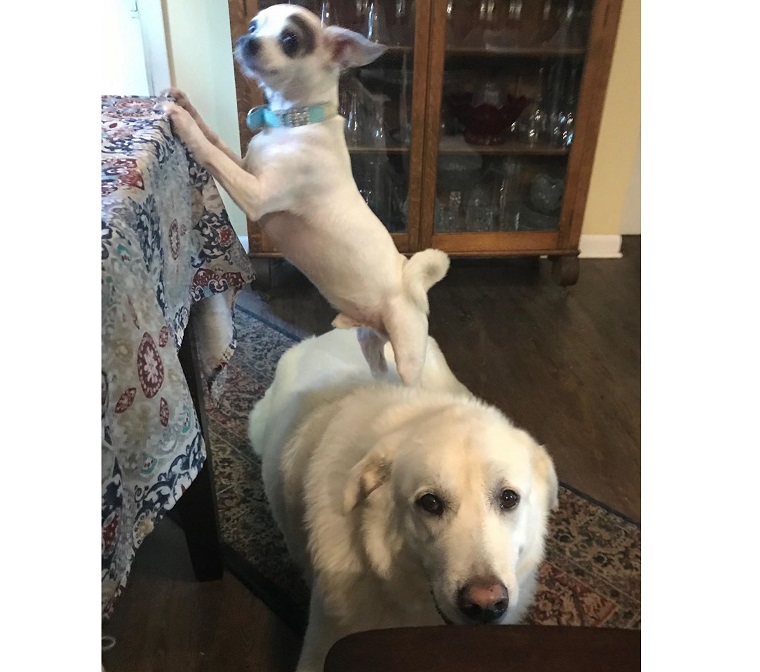 Ben is an amazingly calm and kind creature. In his company, Tim catches the calm that he lacks.

This is true friendship!

Girl becomes famous thanks to the length of her legs: they are the longest in the world
Interesting News
0 132

Kind-hearted woman adopted a boy that no one wanted to adopt: see what he looks like now
Interesting News
0 5686

Woman buys a rusty trailer for $1000 and turns it into a charming house: see inside
Interesting News
0 64