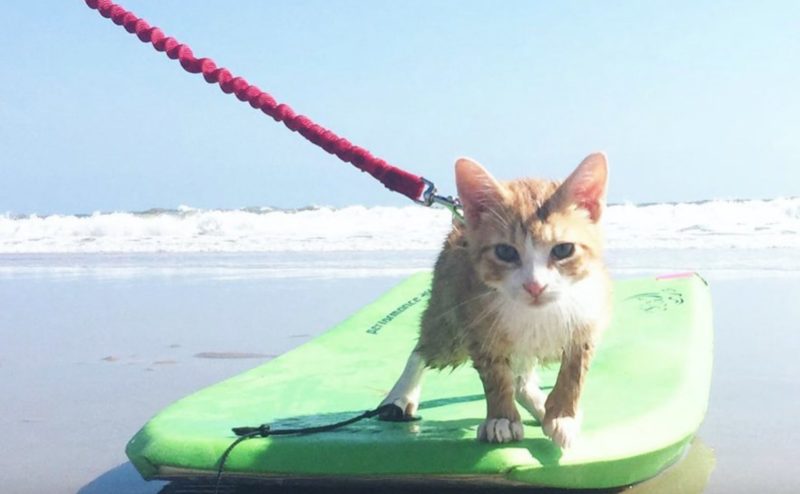 A cat named Pip has become a real star of the Internet, and all because fluffy loves to surf.

Previously, this talented cat lived on the street, was homeless and loved by no one. 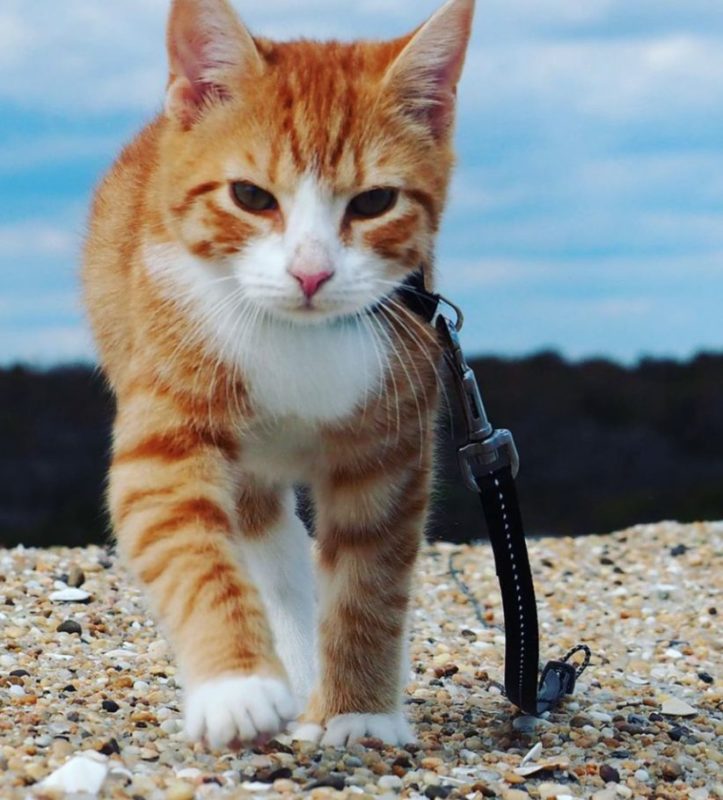 And then he was picked up by Emily Meadows and brought to her house.

Pip took root in a new place far from immediately.

According to the owner, at first the street cat behaved like a fiend: he used flower pots as a toilet, rushed around, turning everything around, and terribly annoyed two other cats – Natty and Mowgli. 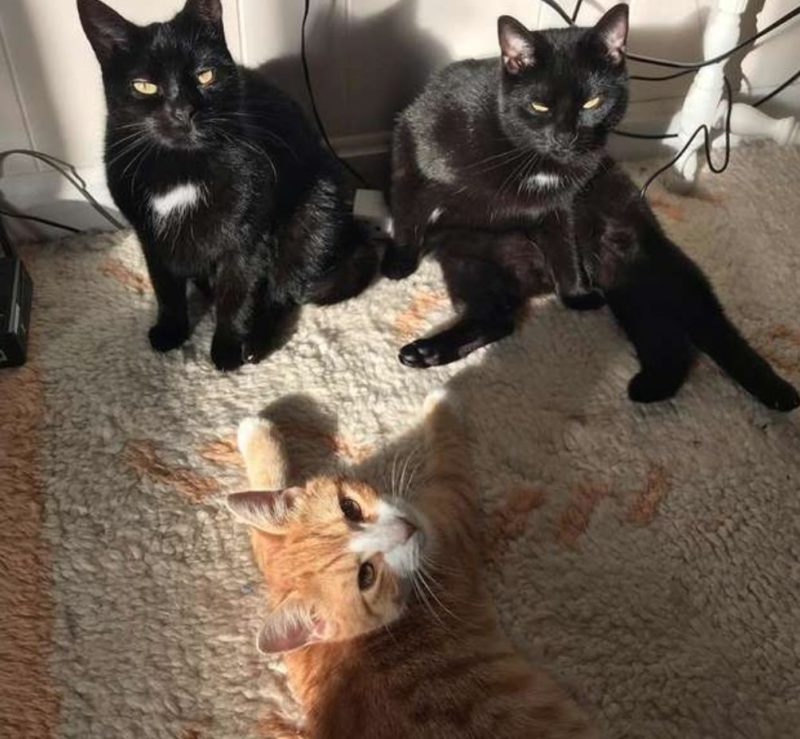 “There has always been so much irrepressible energy in this fluffy creature that we decided to help the cat throw it out and went for a walk. And then they took Pip to the beach. And there it turned out that water is his element. So our Pip got the title of The Beach Cat,” Emily recalls.

At first, the cat just played in the sand, ran after seagulls, chased shells along the beach and slept on sun loungers.

And then he was allowed to plunge into the water and realized that this fluffy just loves to swim.

We put Pip on a surfboard, and he loved it so much that now he regularly catches the wave and is much calmer at home, and we realized that our cat is special, – the owner of the surfer cat smiles.

Swimming cats invariably surprise the public, because it is believed that cats do not like water.

Therefore, a fluffy surfer always attracts the attention of others, who admire the cat’s unusual hobby. 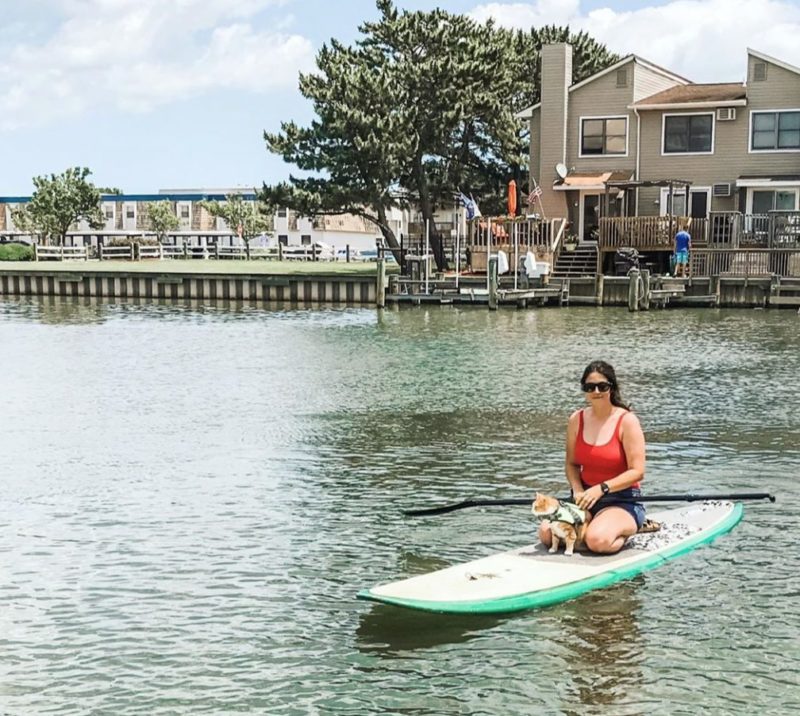 Pip already has more than 11,500 fans on Instagram, and their number is constantly growing.

In addition to conquering the ocean, Pip loves to travel and has already visited Savannah, Georgia and New York in his favorite backpack.

Pip the cat also regularly visits local nursing homes as a volunteer and a therapy cat, brightening up leisure time for the elderly, who simply adore him. 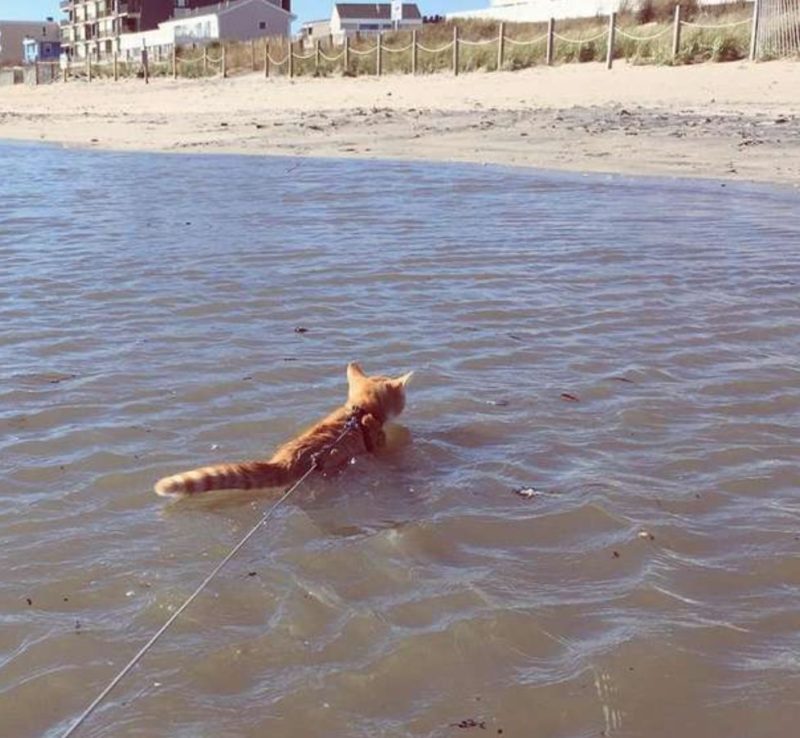 In addition, the surfer cat recently published his own book, in which he “tells” about his favorite places in the city and his adventures.

In general, this cat is a real star and lives a very active and eventful life!

Forever baby: see how a 32-year-old man locked in the body of a child lives
Interesting News
0 47