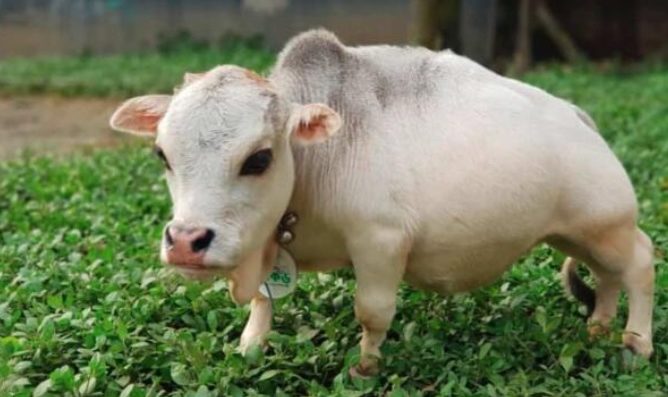 The cow Rani from Bangladesh is so small that her owners have applied for the Guinness Book of Records. 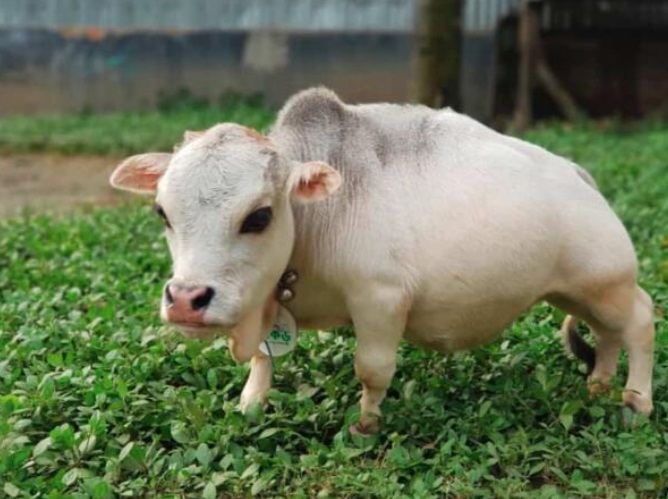 The height of the animal is only 50 centimeters, and the length is 66. But this did not stop her from building up the same large muscles as those of the average brothers.

In the capital of Bangladesh, the city of Dhaka, people are ready to do everything just to look at the short cow Rani on a local farm. The tiny cow is considered the smallest in the world. 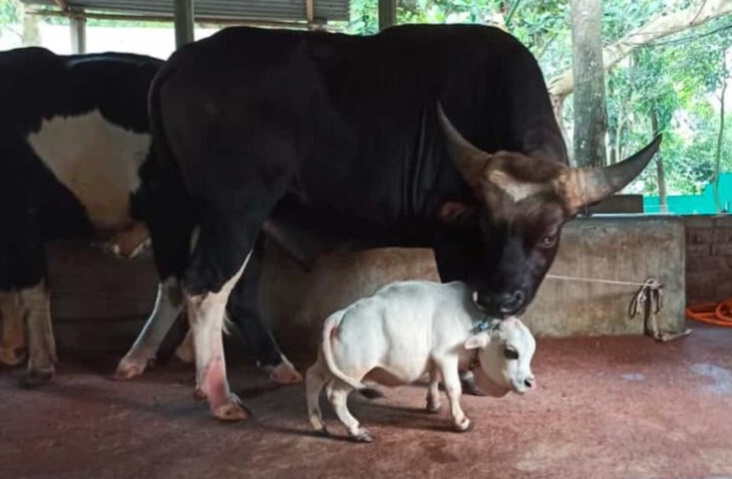 Rani’s height is only 50 centimeters, which is three centimeters less than the current holder of the status of the smallest cow from the Guinness Book of Records. At the same time, the growth of the average adult is about 130 centimeters.

As soon as the people of Bangladesh learned from social media that such a small cow lives on the farm, they began to come to him for photographs. The man is not happy with the attention. He admitted to reporters that he was tired of the endless flow of tourists.

“To be honest, we are tired. Over the past three days, more than 15 thousand people have come to us. And everyone wants to take a picture,” Hasan explained.

Sajedul Islam, a local veterinarian, believes that Rani’s condition is due to genetics and clarifies that she will not grow up.

Wanting to fix the size of his miniature cow, Hasan submitted an application to the Guinness Book of Records and received a response from the jury that a decision would be made within three months. 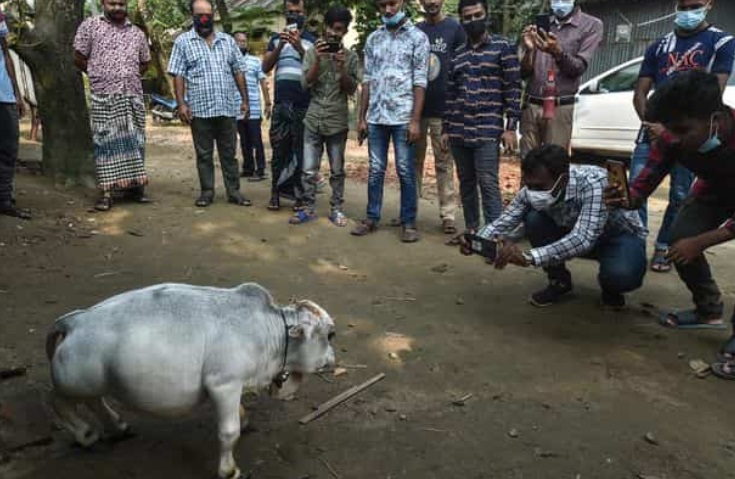 Most likely, it will be positive, so Hasan should get used to the attention from the public.

Woman gave birth to 7 children at once: this is what they look like 25 years later
Interesting News
0 1068