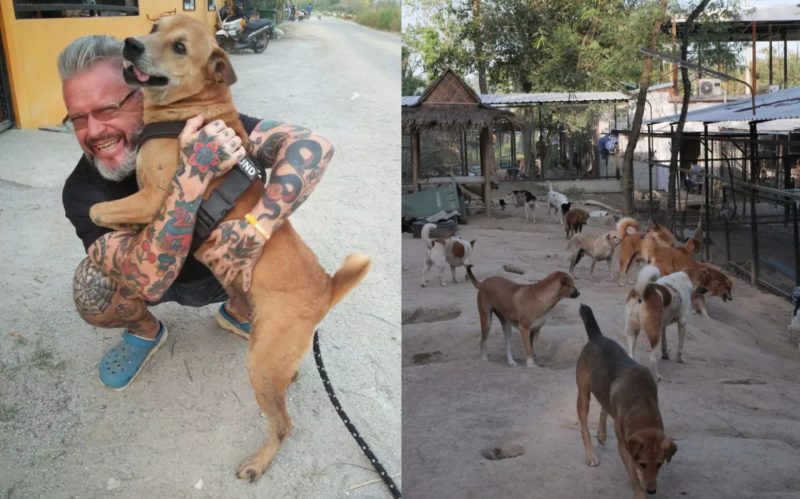 In the province of Chonburi in eastern Thailand, there is a shelter called The Man That Rescues Dogs, where several hundred stray dogs live, some of which would never be able to walk if it were not for the care and attention of the staff. 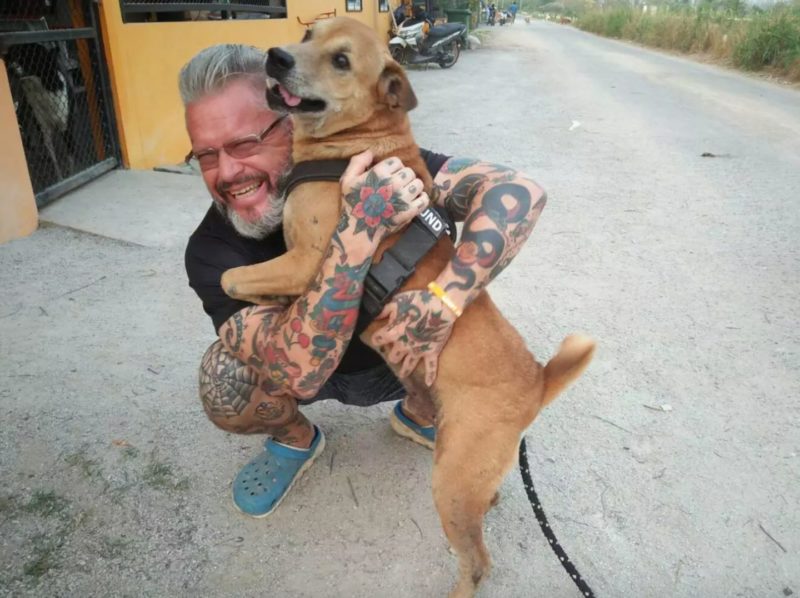 The founder of the shelter, Michael J. Baines, is a Swedish citizen who moved to Thailand in 2002. He worked as a chef in a restaurant.

One evening, a hungry stray dog ​​approached him, and he began to feed her every day.

Soon Michael noticed that on the streets of Chonburi there are a huge number of tailed tramps who need help. 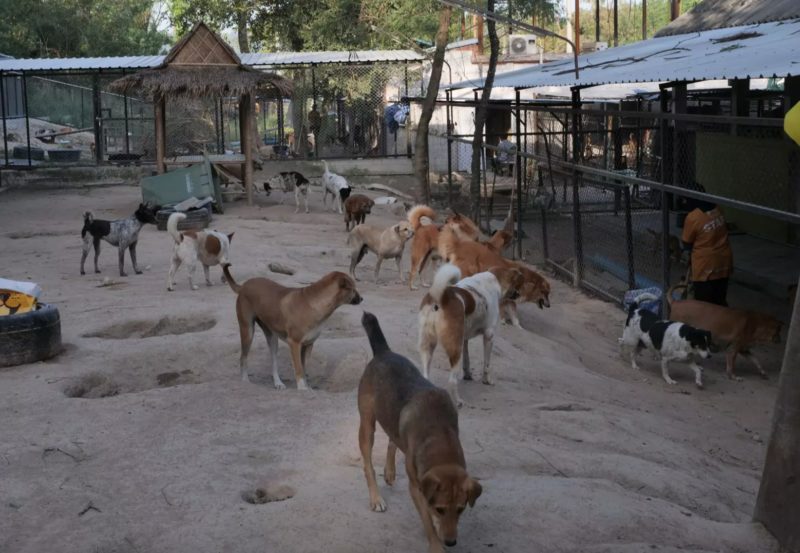 The cook began to regularly feed first a few dogs, then a couple of dozen, and then realized that he was already caring for a hundred stray dogs.

Then the man decided to leave his usual way of life and devote most of his time to caring for homeless animals.

In 2017, he founded The Man That Rescues Dogs. And in four years, along with helpers, rescued more than a thousand dogs that roamed the streets of Thailand.

Michael’s shelter has a lot of disabled animals that have been hit by cars or abused by people.

At first, the man constantly took them to local veterinarians. But in 2019 he decided to create his own veterinary clinic on the territory of the shelter.

Thanks to this, 27 paralyzed dogs were able to run and play with other four-legged residents of the shelter. 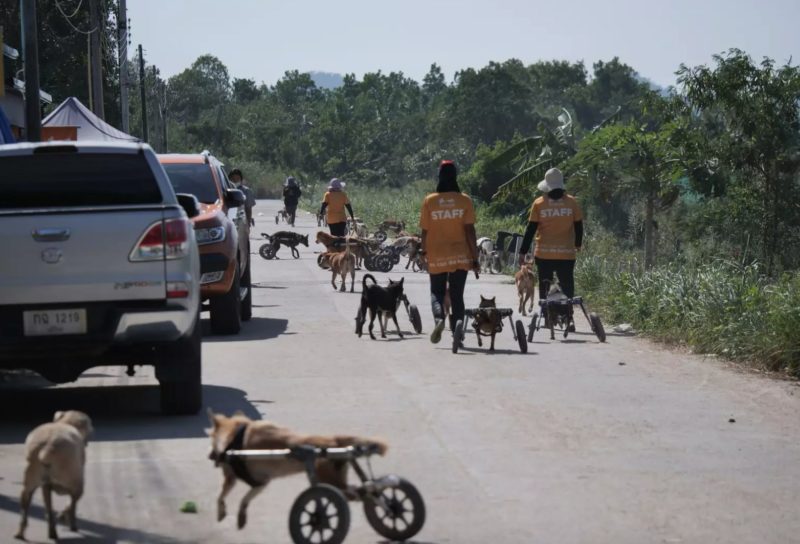 Some doctors have returned the mobility of the limbs, and for others they have made individual wheelchairs or prostheses.

Considered the largest in Thailand, The Man That Rescues Dogs is currently home to 600 dogs and employs 30 workers daily.

On average, the maintenance of this place costs $1350 per day. Most of the funds the shelter receives from donations from caring people from Thailand and many other countries.