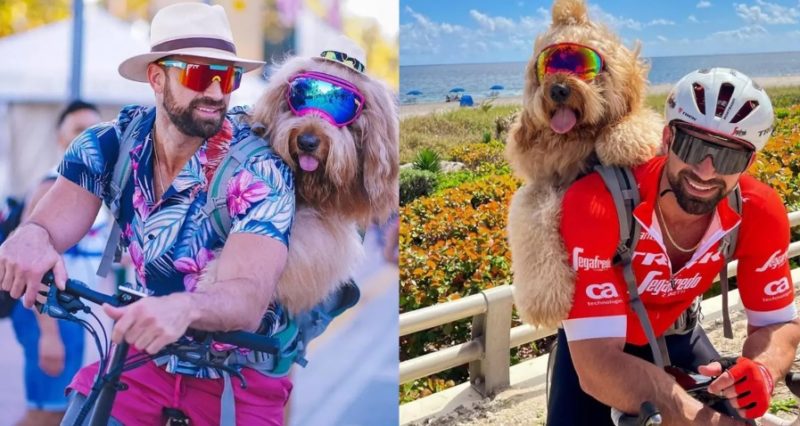 A resident of the city of Boca Raton (Florida, USA) Cliff Brush loves to travel, but does not like to part with his best friend – a dog of the Labradoodle breed named Brody.

So one day, the man decided to buy the dog a special backpack so that he could join him on his adventures. 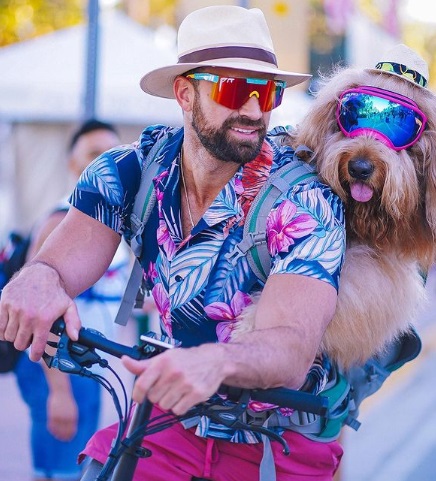 Now, the friends travel the world together and win the hearts of millions of people who follow their adventures on social media.

In order to spend more time traveling, Cliff left his job as an accountant and business consultant.

Of course, the dog didn’t have to drop anything. But he was forced to put up with wearing a helmet and special goggles that protect his eyes from wind, ultraviolet rays and debris.

In addition, the dog constantly has to communicate with the fans. But he is only happy about this, because they always stroke him, scratch him behind the ear and say that he is the most handsome and good boy in the world.

Only a few people shake their heads in disapproval when they see Cliff and Brodie.

They believe that the cyclist puts the pet in serious danger. But the man says that he always carefully takes care of the life and health of his shaggy friend. 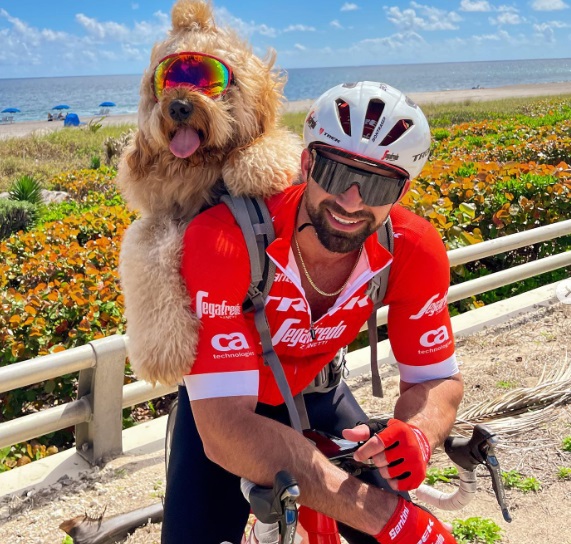 “I am well aware of the fact that my best friend is behind me. Therefore, we do not ride a bike every day, but only once every two weeks and in the safest areas. We also try to appear on the street after hours to avoid problems on the roads,” Cliff explained.

We hope that this glorious couple will have many more pleasant moments and fun adventures ahead.

Kind woman Nicola Coyle opens canine hospice for lonely old dogs where they can spend the last days of their lives in peace, love and harmony
Animals
0 683

The dog lived on the street and now has almost half a million followers: the story of a food blogger dog
Animals
0 298