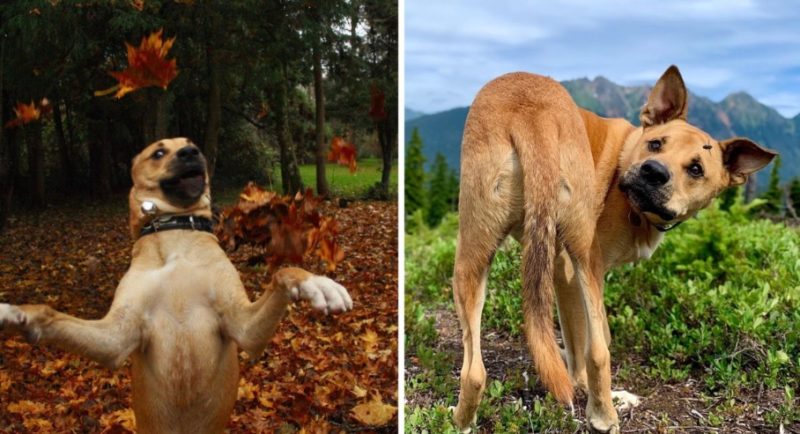 A man named Ryan Ross was recently voted the owner of the world’s clumsiest dog by social media users. 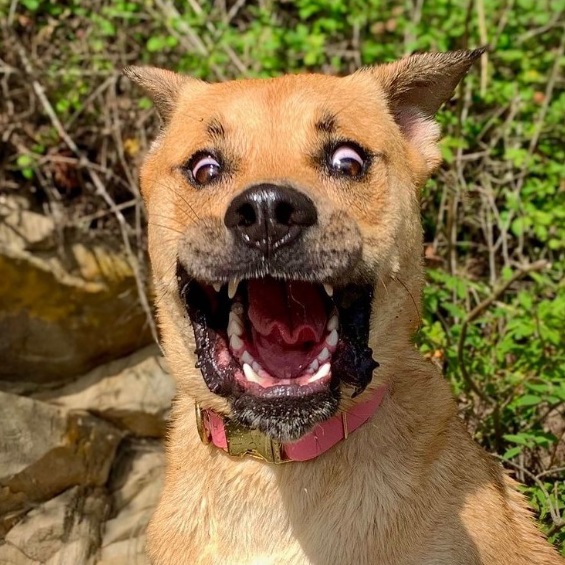 His two-year-old dog, a boxer-malamute mix named Finn, earned the title for his funny antics, which his owner regularly shares on Instagram.

Because of his puppy spontaneity and natural clumsiness, Finn constantly gets into some funny stories, which amuses, and sometimes scares a little, his owner.

For example, once the dog ended up in the river, standing between two logs moving in different directions, and tried not to fall into the water. Spoiler: the attempt failed.

And the dog’s first encounter with a snake was even more fun than balancing on logs: Finn saw a snake and instead of barking or running away from it, he just fell on a reptile and began to ride on it.

“This was his first interaction with a snake, and I didn’t expect him to start riding it. When I saw this, I quickly stopped filming and pulled it away. The snake was not hurt”.
Ryan explained.

These incidents are only a small part of what happens to Finn every day: he constantly loses his belongings, bumps into furniture or stones when walking, falls out of the blue and gets scared of ducks while hunting them.

But despite the fact that the clumsiness of the dog often becomes a problem for Ryan, he still loves him very much and is even proud of the new title of a pet: after all, he brings people a lot of laughter and joy.

“I’m happy that Finn can make thousands of people laugh. This is great,” Ryan admitted.