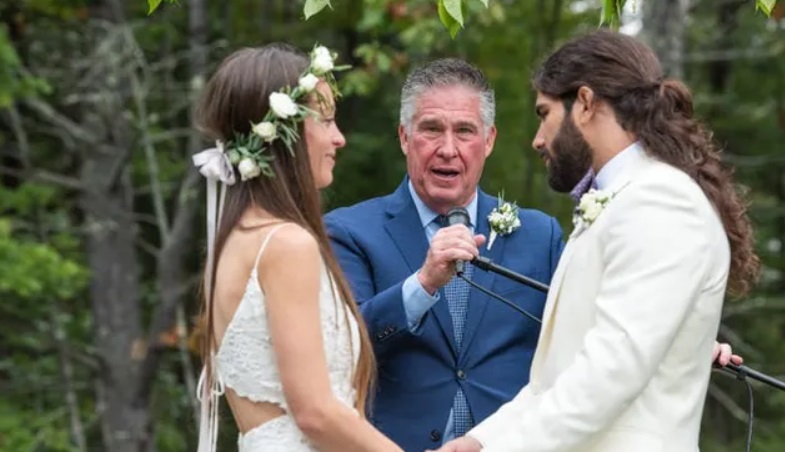 On their wedding day, Kelly Ann decided to repeat the clothing trick she used on her first date with her future husband. Special details helped the guy “feel” what his beloved looks like. 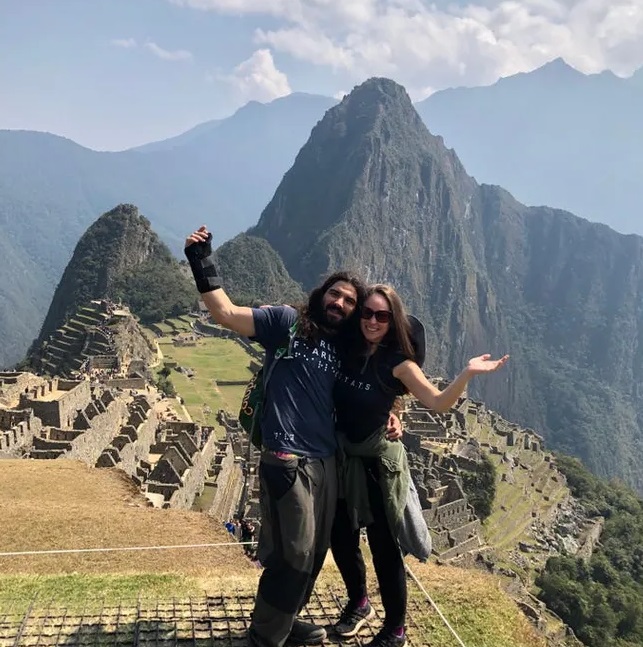 Kelly Ann and Anthony Ferraro met in 2018. The man had just returned from Tokyo from a judo competition and was invited by friends to a beach party that Kelly Ann was also attending.

The guy and the girl started talking and felt a special connection. After this meeting, Anthony called a new acquaintance on his first official date – the New York premiere of his documentary.

The picture, which tells about the difficult path of a guy who cannot see to a sports career, touched Kelly Ann to the core. The couple began a romantic relationship that led to a marriage proposal. 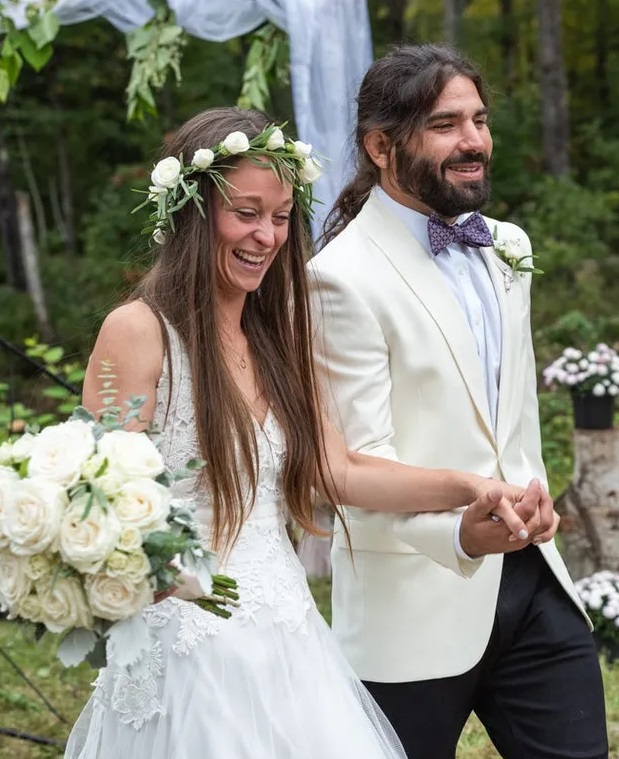 The wedding ceremony of Kelly Ann and Anthony took place In early October. The bride had been preparing for the wedding for many months.

The girl wanted the groom to be able to “see” with his hands how she looks. It was decided to make a “tactile” wedding dress with many textures and details that Anthony could feel with his fingers.

Kelly Ann enlisted the help of a local bridal salon, who created an open-back gown in delicate chiffon and lace, embellished with textile flowers and a velvet sash.

Walking down the aisle to her fiancé, the bride whispered to him: “Touch the dress, touch the dress.” Anthony was happy to be able to “view” the outfit and imagine what his bride looks like.

These special moments of the ceremony were captured by the couple’s photographer, David Gannon.

In addition, the girl wrote Anthony a letter in advance in Braille, telling him about her love.

Kelly Ann took care of the safety of the groom. The celebration took place outdoors in a tent with metal columns holding the dome.

The bride made sure that they were wrapped in bubble wrap and decorated with bouquets of flowers. So the risk of Anthony hitting the metal and getting injured was reduced to a minimum. 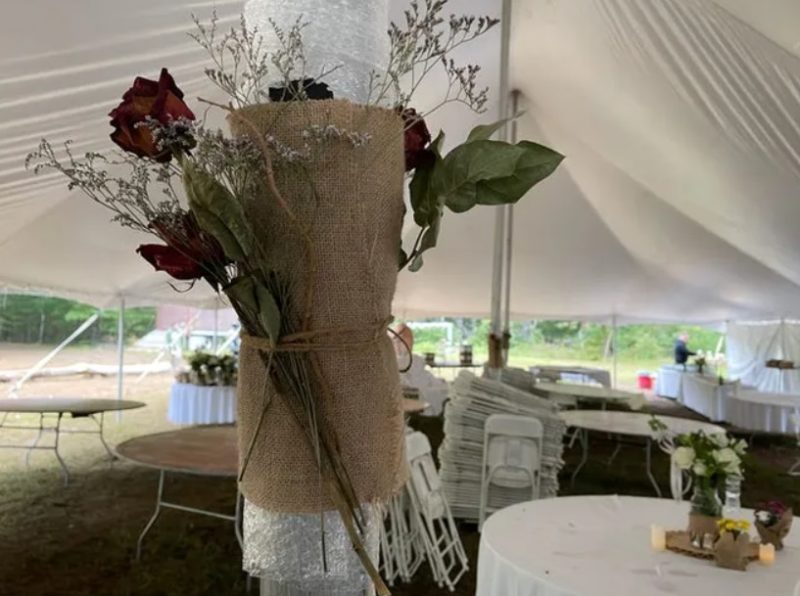 The couple offered the guests of the event an interesting experiment – to put on an opaque mask over their eyes and share Anthony’s feelings from food and everything that happens around.

And many have taken advantage of it.

According to Anthony, he could not have imagined a better celebration.

“The way she thought of everything and made the wedding ‘affordable’ for me is priceless. Kelly Ann is my best friend and, as I always say, she is my eyes through which I see the world,” the groom shared his emotions.

Meet Chris Barnes, an Australian hero, who devoted his entire life to rescuing orphaned kangaroos in his homeland
Interesting News
0 187

During the concert, Pink saw a poster in the crowd of fans and stopped the performance: everyone was crying
Interesting News 0 619