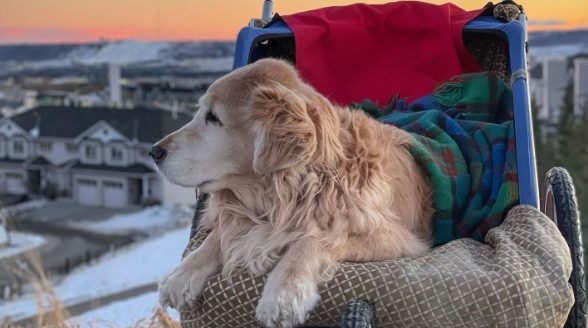 Golden Retriever Sully was always with his owner, wherever he went.

Together they went through all the hiking trails in Yoho National Park and the Kananaskis Valley. 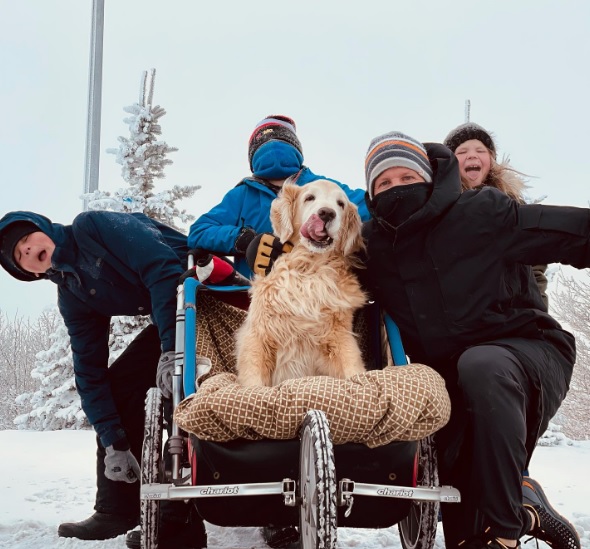 But now for the dog, which is already 14 years old, long walks are beyond the power.

In addition, the dog was recently diagnosed with paralysis of the larynx, which makes it increasingly difficult for Sully to breathe.

The owner of the retriever – a Canadian named Donny Marchuk – does not want a sad old age within four walls for his pet, especially since Sully himself asks to take him with him every time a man is going outside. 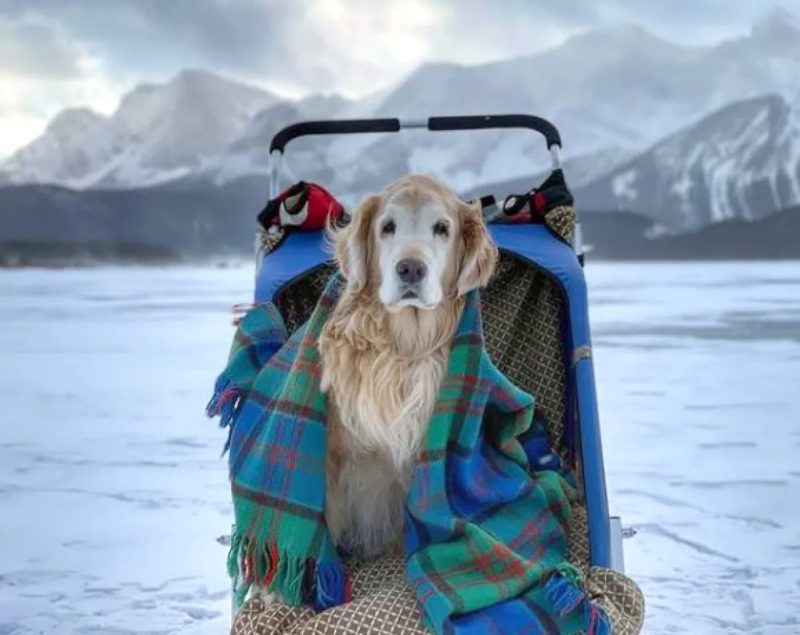 So that the dog could continue to accompany him on his travels, Donny designed special transport for him.

He took an ordinary baby carriage as a basis and attached fasteners for skis and snowshoes to it.

Now the dog, together with the owner, can move both on snow and on ice, overcome slopes and ride over rough terrain. 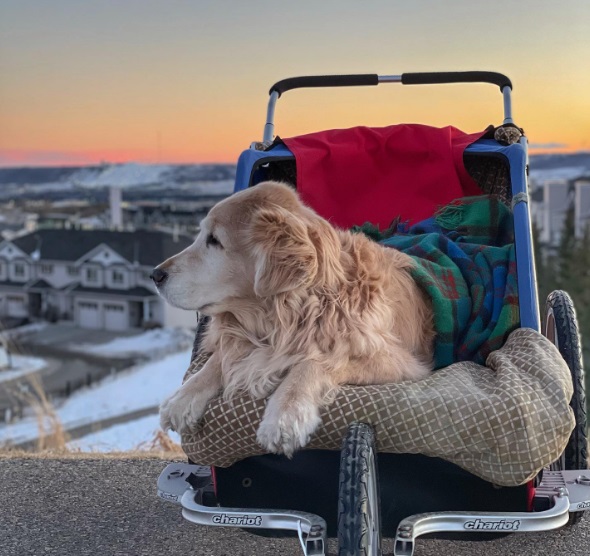 And, according to Donny, you will not find a happier dog in these moments.

Passers-by always react strongly to a makeshift stroller: they stop to ask the Canadian a few questions, or to pet Sully.

He enjoys this kind of attention.

According to Donny, the stroller is the least he could repay the pet for years of loyalty and love. 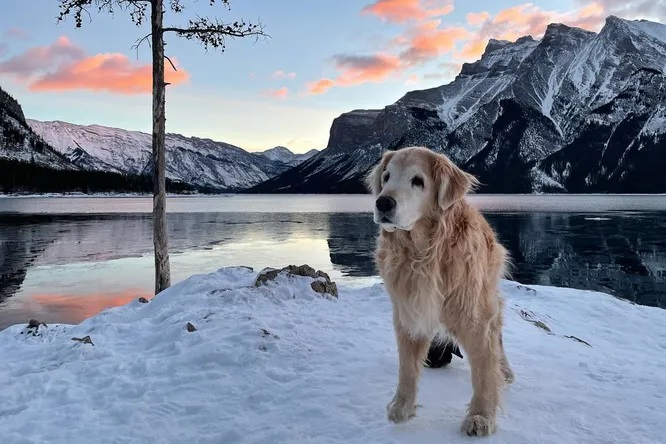 “I have had difficult times, like most people. And he was always there, helped me get over them just by his communication,” the man said.

The Canadian plans to have even more joint trips.

He intends to push his Sully’s wheelchair for as long as he can, as long as it gives him pleasure.