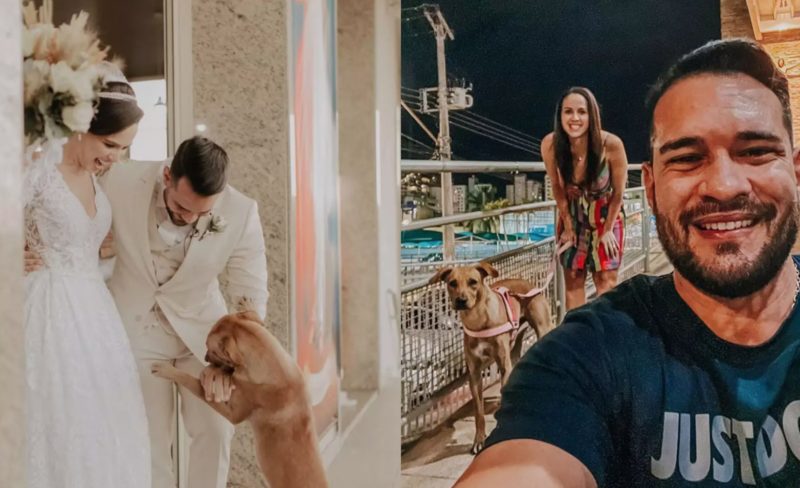 The bride and groom usually attract the most attention at a wedding. But there are times when unexpected guests steal their glory. 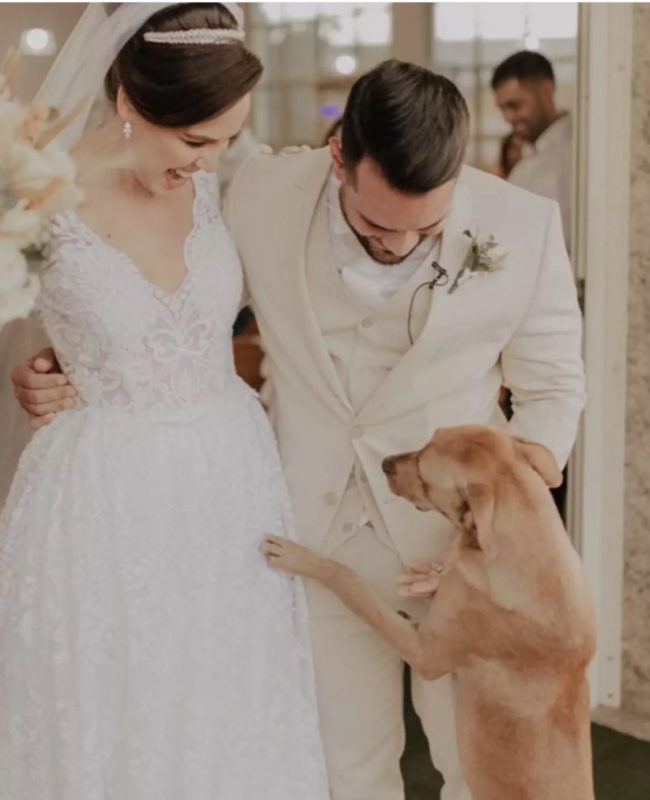 This happened to a couple from Brazil Tamiris Musini and Douglas Vieira Robert. A stray dog ​​suddenly came to the celebration of the bride and groom, who instantly won their hearts.

First, the dog sat down at the entrance to the church and, along with all the guests, waited for the appearance of Tamiris and Douglas.

As soon as the couple arrived, the tailed one broke off and ran to the car in which the bride was. 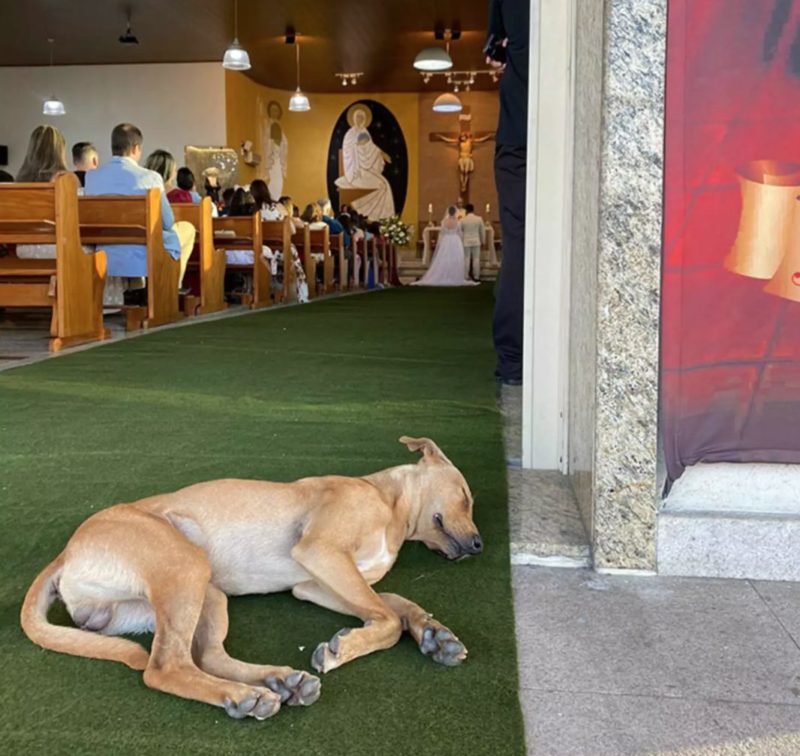 The girl was pleasantly surprised when she saw the dog that followed her to the door of the church, but did not stop to talk to him.

While the wedding ceremony was going on, the dog continued to lie on the carpet next to the church.

When the newlyweds left, the shaggy guest began to joyfully greet and hug them. It was at this point that Tamiris said, “I want to take him home, he’s amazing”.

Unfortunately, the couple could not immediately take the dog because they had to go to celebrate the wedding.

After the banquet, the husband and wife could not get the friendly dog ​​out of their heads and went in search of him.

With the help of caring people on social media, the couple were able to find him lying next to the coffee shop. 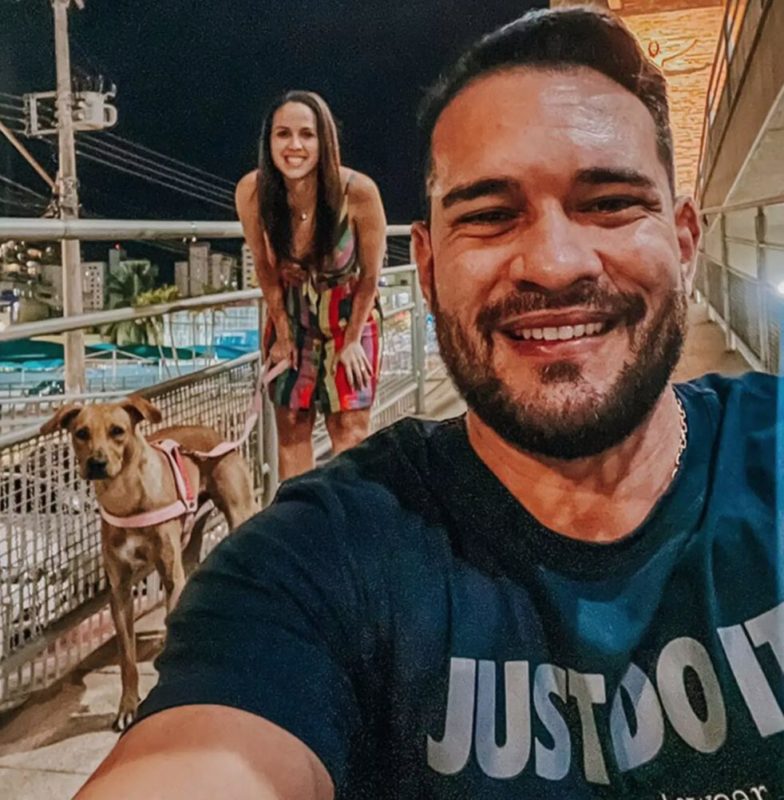 The dog was very glad to meet, but he was even more delighted when he realized that he was being taken home.

Tamiris and Douglas named their new pet Braia Caramelo de Jesus. They are crazy about him, and it’s mutual.

Railway cats: how stray cats saved the Diorama restaurant in Japan from from closing because of the Pandemic
Interesting News
0 194

Daisy, the dog who’s sniffed out over 500 cases of cancer, has been awarded the Blue Cross medal
Animals
0 180