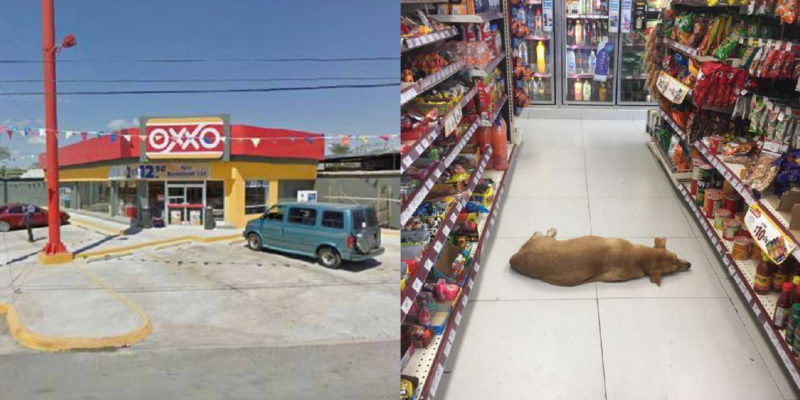 A young man named Adolfo Pazzi Ahumada from Mexico witnessed a display of love for animals.

The guy noticed that he had run out of milk at home and went to the local market in the heat. Arriving at his favorite store, he saw an unexpected scene unfolding right at the door. 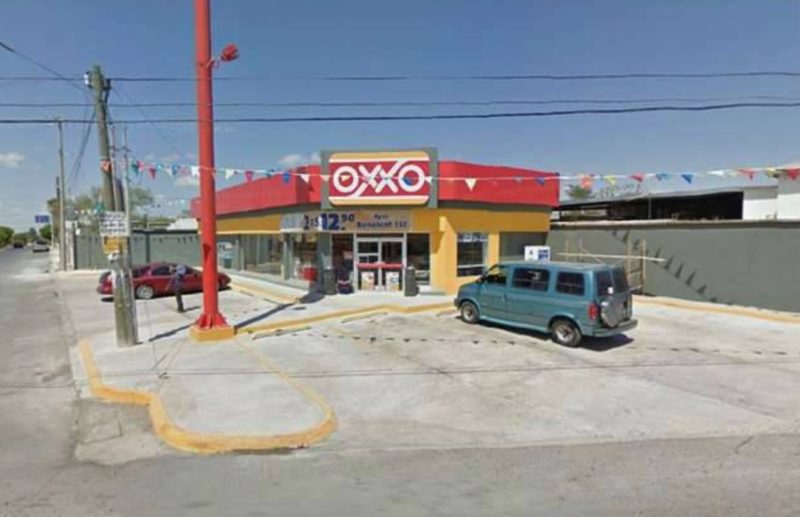 An employee of a small supermarket fed and gave water to a homeless, heat-tired dog, and then let him inside.

As soon as the young man entered the store, he immediately went straight to the seller to ask him about the animal.

It turns out that the dog wandered around for several days. The store staff is sure that the previous owner abandoned him, and the pet came to people to ask them for help. All the staff could do was give him food and water, as well as some toys they paid for out of their own pockets.

But the staff didn’t stop there.

People let the dog inside because he was tired from the unbelievable heat. And in a cool store, the pet really began to look and feel much better. Having refreshed himself with treats and quenched his thirst, he fell asleep right on the floor. 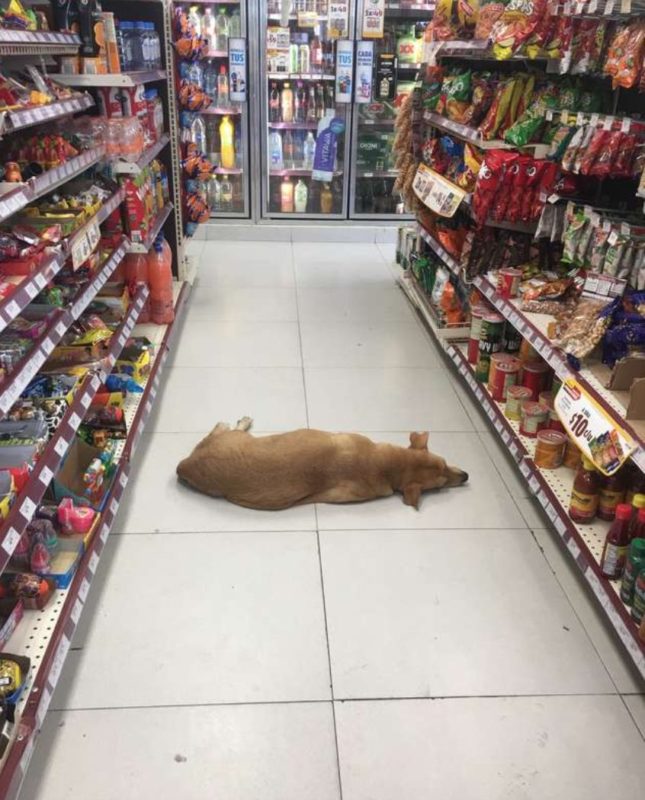 While the dog was inside, he was very friendly to both staff and customers. Store employees hope that someone will take pity on him and take him home.

Unfortunately, the young man who came for the milk couldn’t take the animal in, so he bought the dog a delicious treat to eat when he wakes up.

Kind-hearted postman makes sure the dog, that is waiting for him every day, gets a daily letter even when there isn’t any mail
Animals
0 116950

The dog, chained in the snow, finally realizes that he is safe, and his reaction is pure happiness
Animals
0 258

The hospital hires a dog to work: his main duty is to greet other employees while they work
Animals
0 107