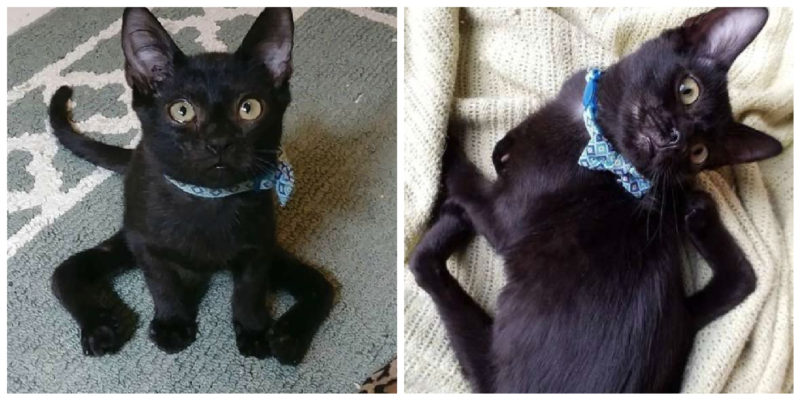 Black kitten Aries, along with his brothers and sisters, was born in a small rural shelter in the United States.

Their mother was a three-legged cat. The shelter began to look for those who could take the cat with kittens to their place, especially since with the onset of cold weather it became very cold in a modest rural shelter. 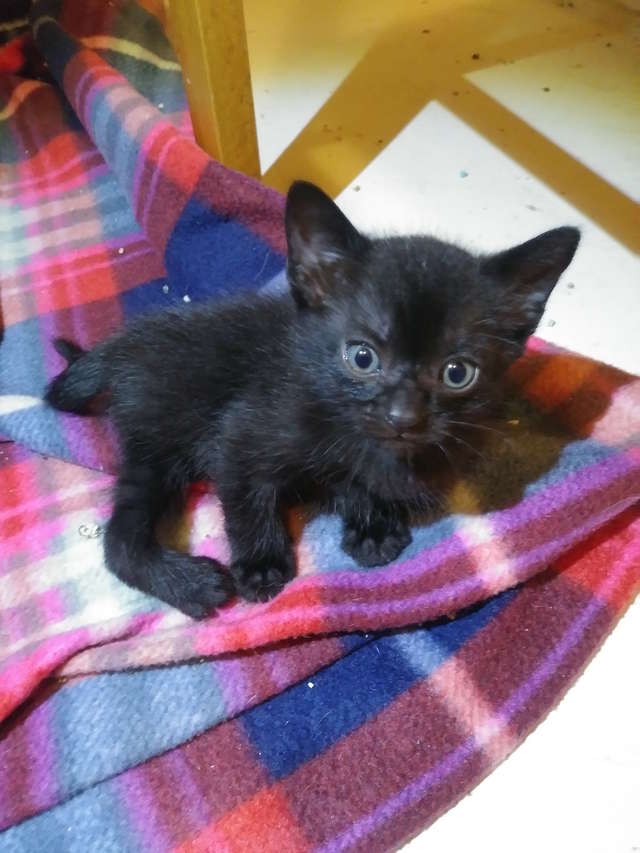 Tracy Pitisci of the Ana’s Angels humane society found out about the cat family and took everyone to her in Jacksonville, Florida.

Only there, when Tracy began to examine the kittens, did she realize that something was wrong with one of them. This was baby Aries. 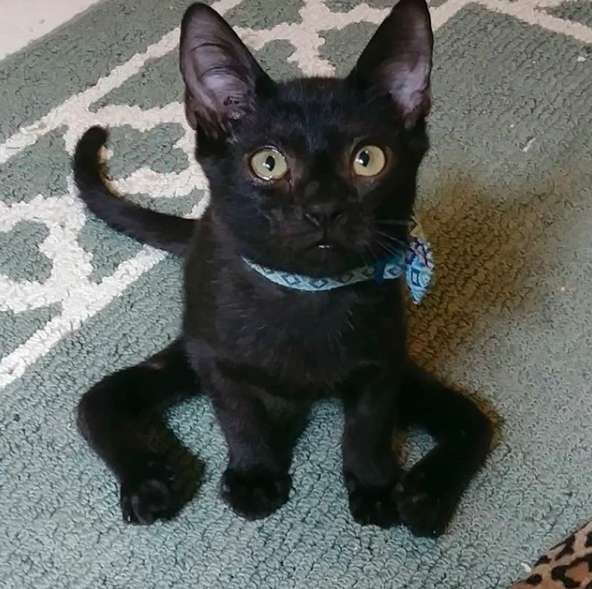 “His hind legs were tightly pressed against his stomach, and it was clear that the joints were in the wrong direction. It became clear that if we want this kitten to start walking, we have a lot of work to do.”

Little by little, both the mother cat and healthy kittens were sorted into temporary or foster families, and Tracy concentrated all her care on Aries. 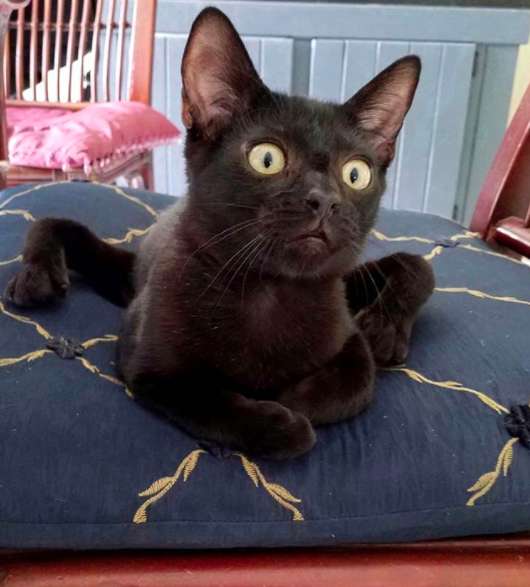 “Unlike his brothers and sisters, he even crawled with difficulty. The veterinarian recommended that we bandage his paws with tape so that he would not bring them under the stomach, but would try to use them. This also would help him strengthen his gluteal muscles.”

However, when Aries grew up, his legs still did not look normal, and most of all they resembled the legs of a spider. Especially when he was sitting.

At the same time, Aries learned to walk on such paws, although it also looks very strange.

Tracy Pitisci ended up leaving Aries in her family for good, knowing that this cat would always need special care.

Now Aries is already an adult cat, and despite the strange legs and the same unusual gait, he does not seem to understand that he is different from other cats living with Tracy. 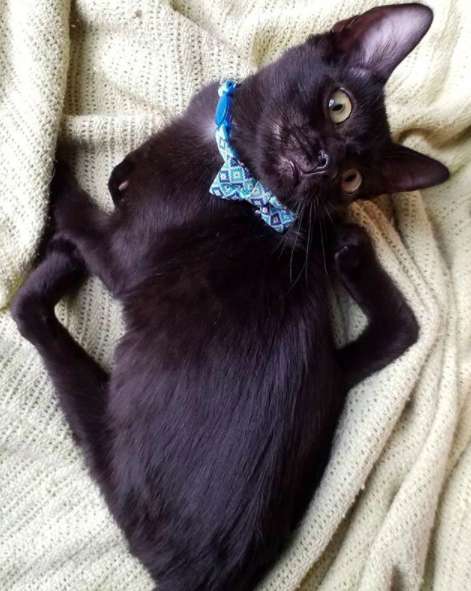 Aries loves to play with toys, like all cats, and he is very active, even though he cannot jump.

“If he doesn’t succeed, he always tries to repeat it over and over again. He is very persistent, and we encourage him to try, and we also take him for walks in the park so that he has more space for research. In the park, he loves to slide down the hill on the mat.” 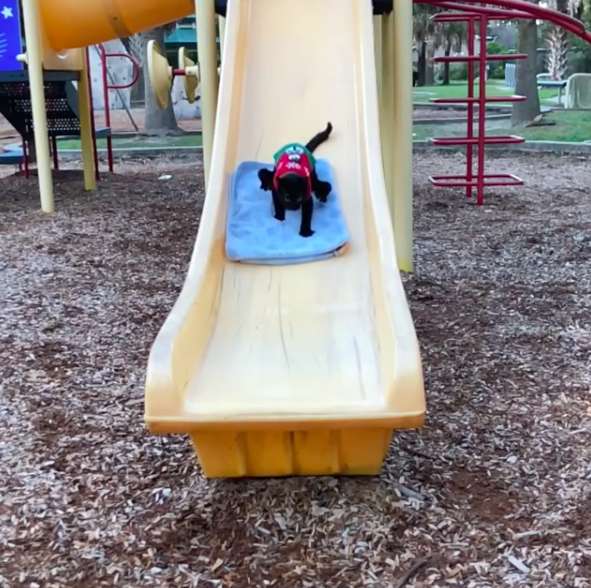 When passers-by see Aries on the street, they are always surprised by his spider legs and how he moves with them. People love taking photos and videos of Aries.

An adorable moment: a loving polar bear mom plays with her baby in the snow for the first time
Animals
0 192

After a second chance, this special kitty has a new best friend who won’t stop cuddling
Animals
0 93
Our Top Posts