Kayla Filoon is a student who volunteers at a Philadelphia animal sanctuary. 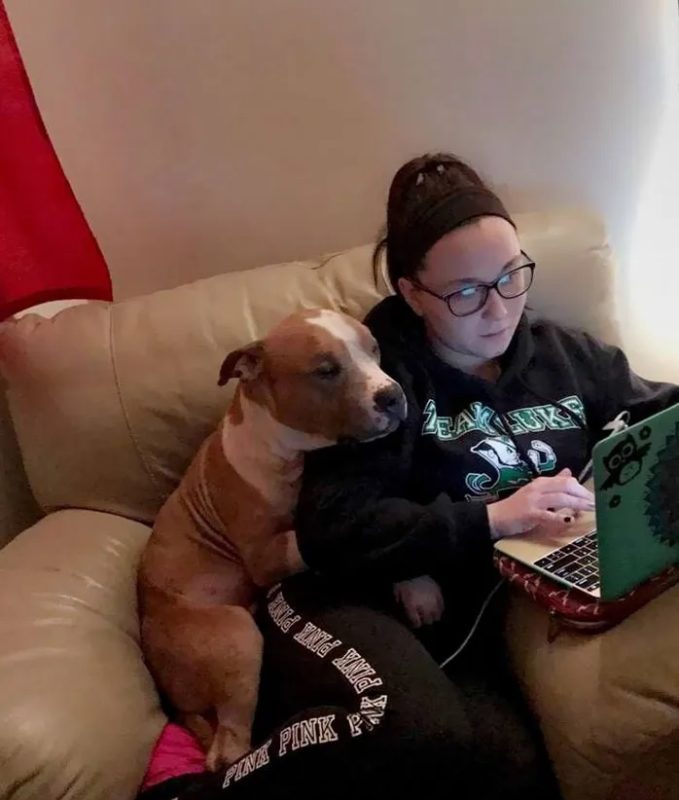 When she first saw Russ, the pit bull, she knew he wasn’t simply another dog she’d have to walk.

Kayla realized that there was a special bond between them.

“He came to us from the street, beaten up. There was no fur on the tail and ears, and he was terribly thin. And so he sits and calmly looks at me… I realized that I want to take him home now. ” 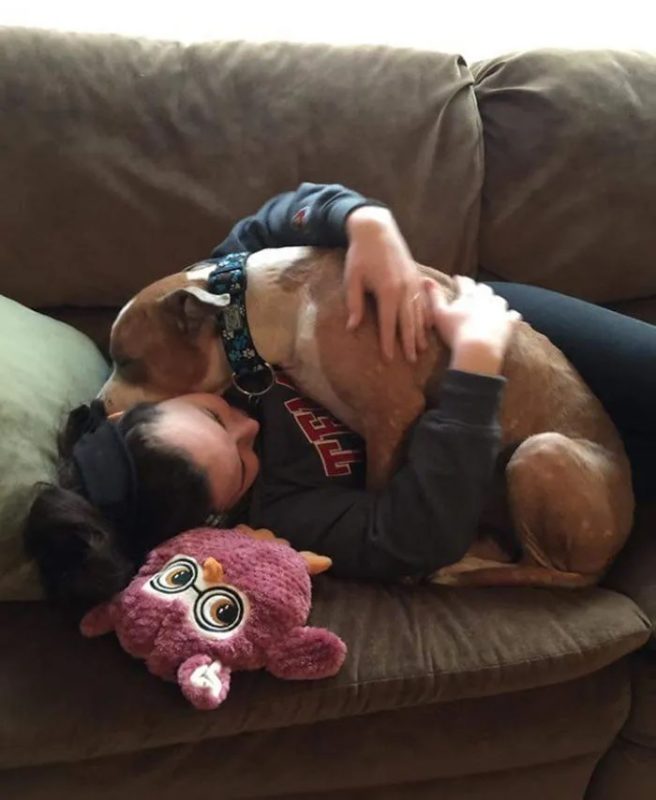 Kayla had to act as quickly as possible, since before that the shelter had to euthanize 15 dogs.

“Unfortunately, any dog ​​could have been put down, especially if it was sick and weak. And Russ fell into that category. ”

The next day, Kayla went to the shelter, sorted out all the necessary papers and took Russ home.

Two weeks later, the girl was sitting at her homework, and the Pitbull was constantly trying to snuggle up to his savior and hug her.

Kayla’s friend filmed this incredibly cute scene and posted it on Facebook. 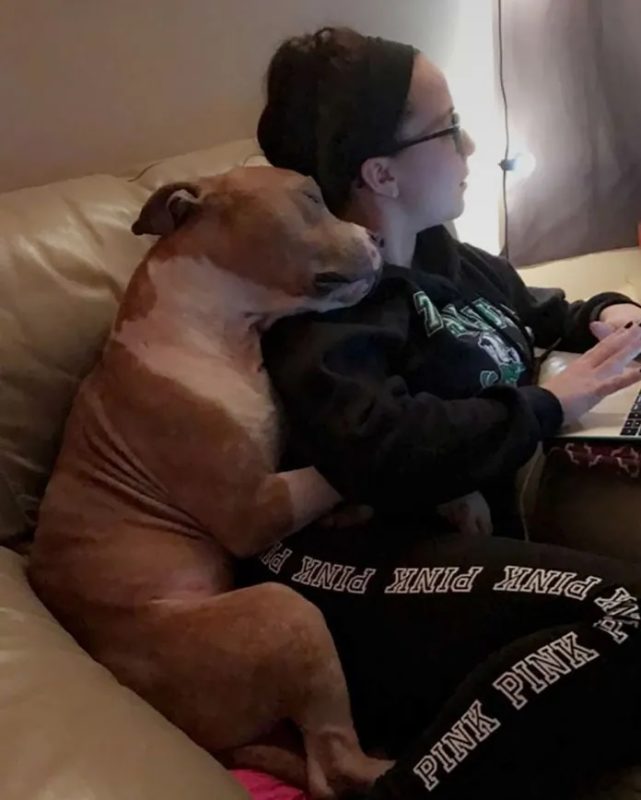 The photo has already been shared by 55 thousand people.

Kayla believes that by sharing this photo of herself with Russ, more people may be inspired to adopt animals from shelters.

After three long years, an elderly dog lost back in 2017 is back home to her loving family
Interesting News
0 773

While the owners are not at home, their dog steals bread, hides it, but does not even eat a piece
Animals
0 437