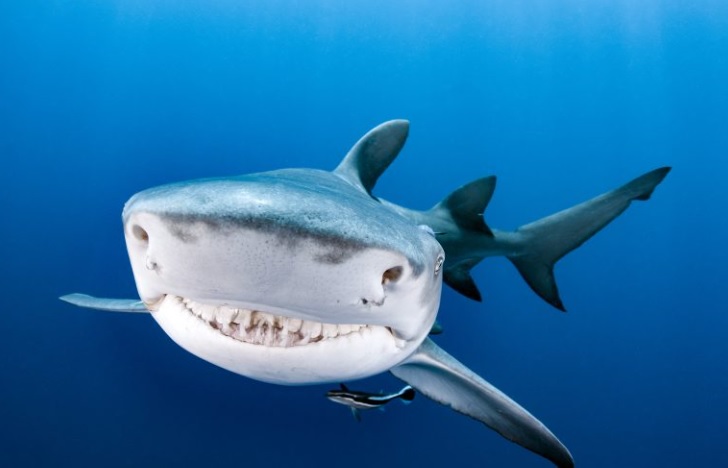 Sharks are known to be ruthless and powerful predators.

But this particular shark simply devoured a treat, a large fish head, with an appetite, and then smiled directly at the camera. 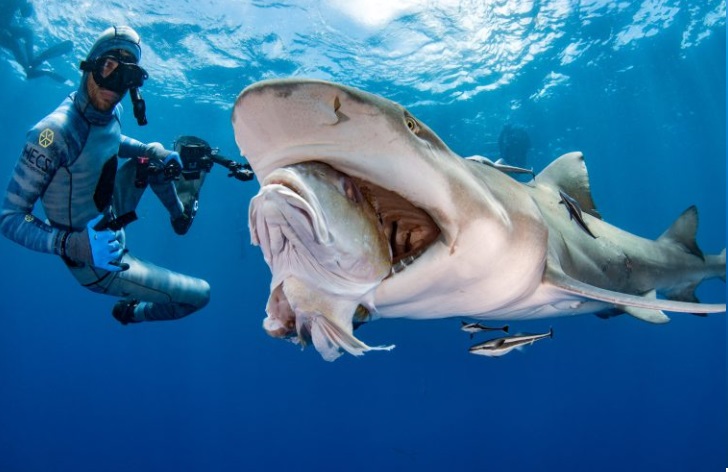 29-year-old diver Cassie Jensen has been professionally photographing underwater inhabitants for three years, and she is not afraid of even huge sharks.

Cassie and her friends just know how to behave so as not to provoke a shark to attack. And she says that in fact, sharks are not at all as dangerous killers as is commonly believed.

To lure this lemon shark, Cassie used a large tuna head bait, which she threw into the water off West Palm Beach, Florida, USA, about three kilometers from the coast.

The shark quickly sensed the fish and ate it with gusto at a close distance from the divers.

And then suddenly she smiled with all her teeth, looking directly into the camera. She seemed to thank the people for the treat.

“We photograph sharks to show people that they are not mindless brutal killers, they are actually very smart, calculating and curious creatures. They need to be respected and understood, and then they will behave towards you in the same way.”

According to Cassie, many accidents in the water are due to the fact that sharks mistake people for other animals that are their prey – fish or seals. 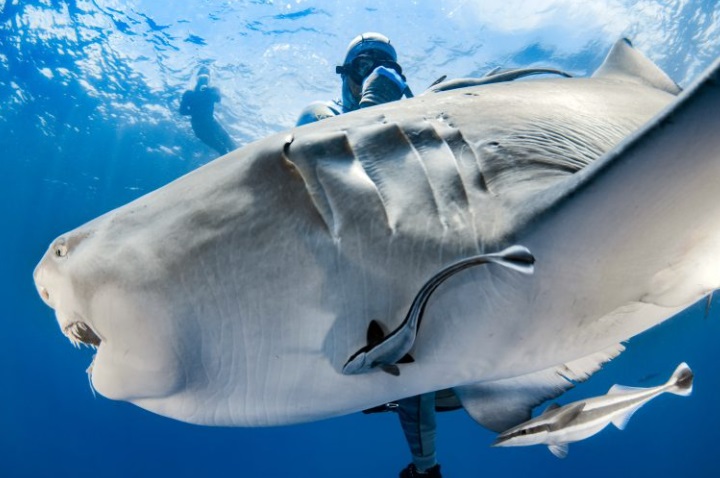 People, in fact, are not at all included in the diet of sharks and sharks never specifically hunt for them.

Lemon sharks can reach over three meters in length. Most often, they can be found in the waters of the Gulf of Mexico and the Caribbean Sea near the coast.

A homeless man spent his last money on a woman who ran out of gas: he got rich in 3 months
Interesting News
0 110

The neighbors made fun of the family in the cave: they came to visit and were speechless
Interesting News
1 298