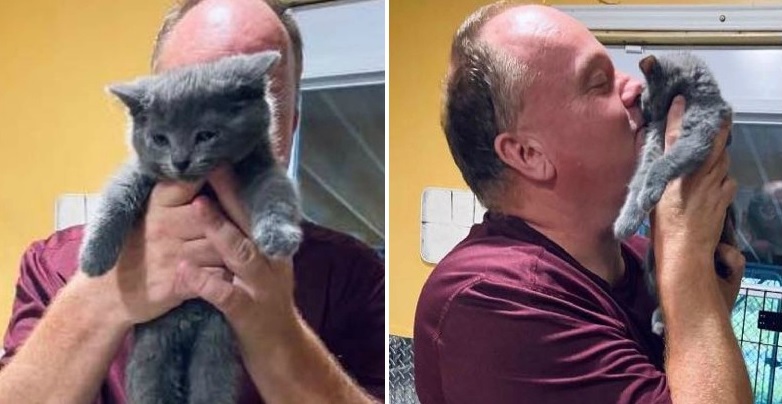 For many years of work at the shelter, its employee named Glen never took an animal to him.

But when he met this little furry, the man’s heart melted..

A small kitten named Sugar, was brought from the street to the Exploits Valley SPCA shelter in Canada.

The baby suffered from a respiratory infection, was weak and fragile.

Thanks to the care of the staff, the baby quickly got out. 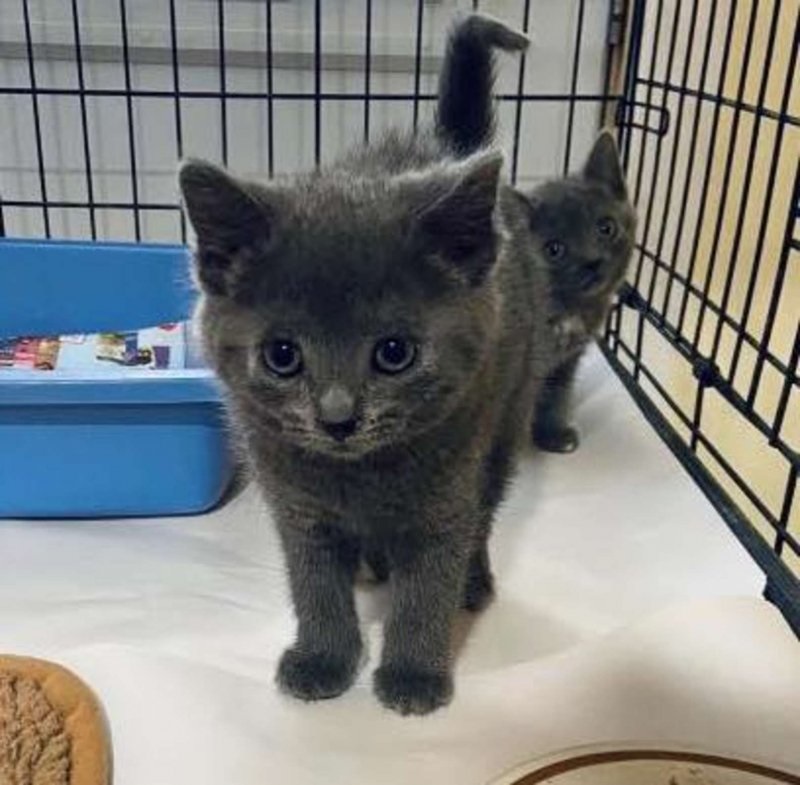 This little hairball of tenderness charmed all the staff of the shelter, and he himself was glad to communicate with everyone.

But most of all, the kitten became attached to a volunteer named Glen, who worked at the shelter for about 20 long years.

The man takes care of all the animals in the shelter, and just loves his job. 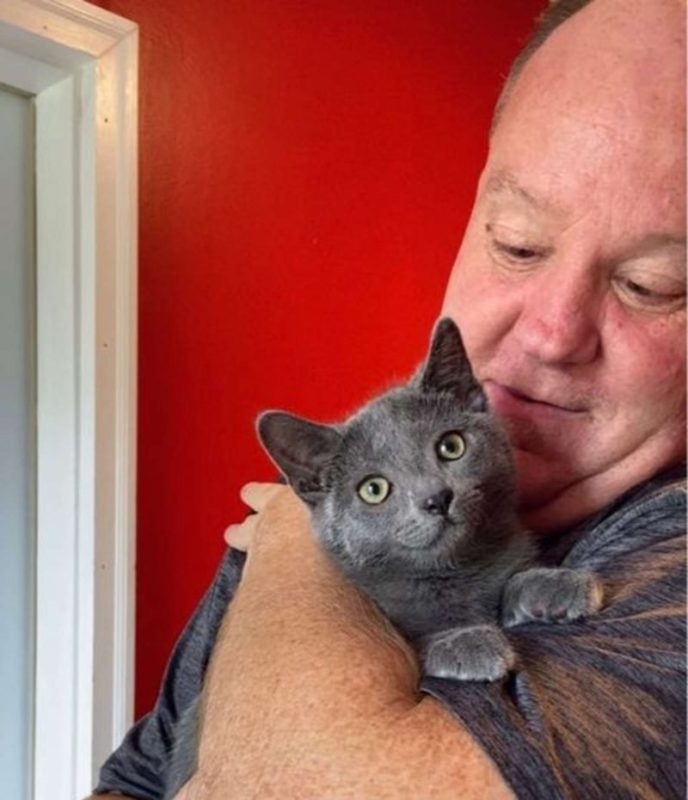 He took this baby under his care – and it was mutual love at first sight.

Every time Glen came to the shelter, the kitten meowed joyfully and loudly so that he would pay attention to him.

Over the years of working at the shelter, Glen met thousands of cats, but he never had such an amazing connection with his ward.

He fell in love with Sugar so much that for the first time ever he decided to take an animal from work to him. 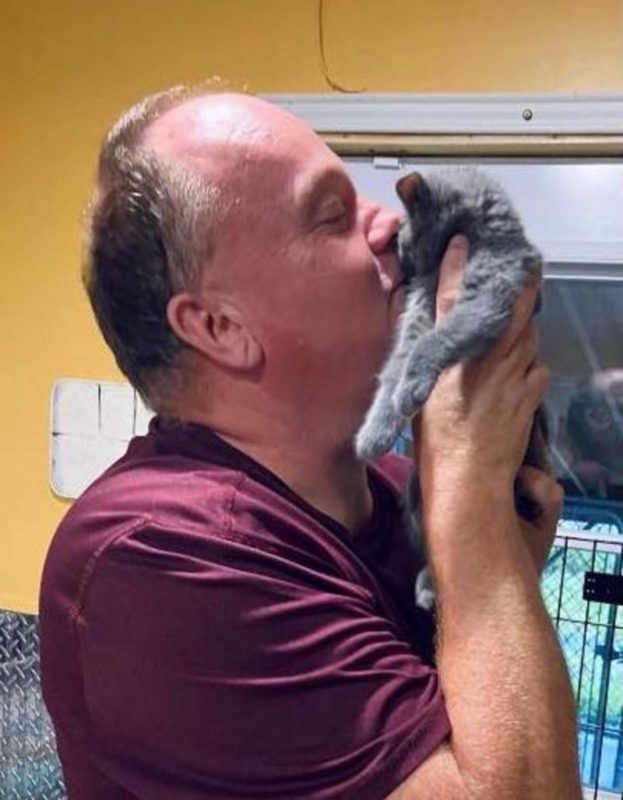 So Sugar had a loving owner, and Glen had a best friend!

Sugar now lives with Glen’s family. He grew up, became even more charming, playful and curious.

He adores his owner, and Glen is crazy about his pet. This is love!

A hero dog with prosthetic paws, who survived the gunfire to save others, is awarded the highest animal honor
Interesting News
0 439

Hugs with a predator: the story of friendship between a lioness and a man conquered social media
Animals
0 81