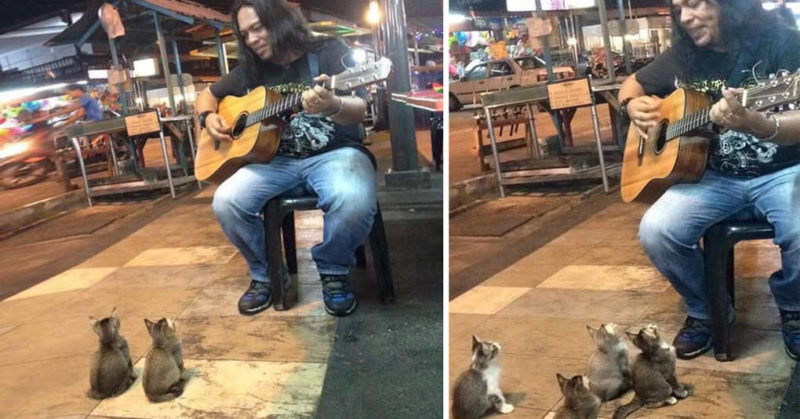 This man serenades a small group of kittens who are crazy about music.

If you hear on the streets of Pangkora (Malaysia) a musician masterfully performing songs with a guitar, then be sure that ardent furry fans are already in the “hall”. 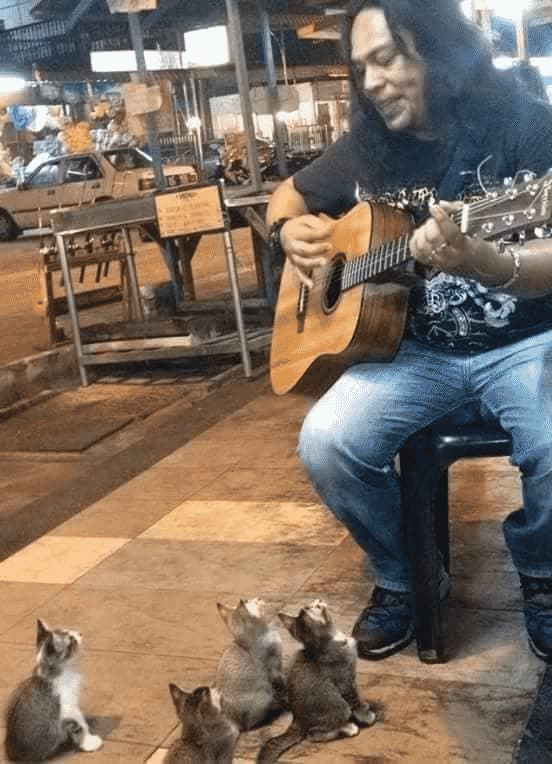 The author of the video wrote online, “That night, my friend almost finished singing songs, but not many people heard him. He was a little upset, but then he just settled back and began to sing for pleasure, when suddenly 4 kittens three months old come up and sit in front of him.” He continued to play.

The kittens seemed to empathize with him and provide support.

“The kittens watched his performance until the very end, and the musician thanked them for it,” according to the Daily Mail. 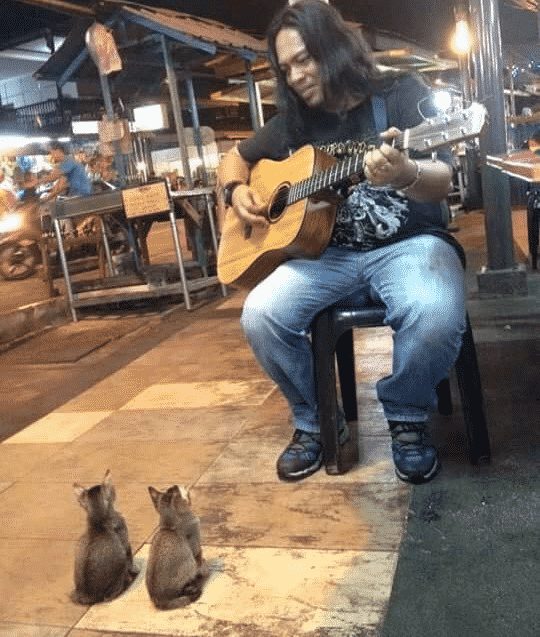 The kittens really enjoyed this show.

Listening to music, they remained motionless. The jazz performer was delighted with such an audience.