This old dog has been through a lot in his life. Most of the time he lived on the street, tied to a dog house. 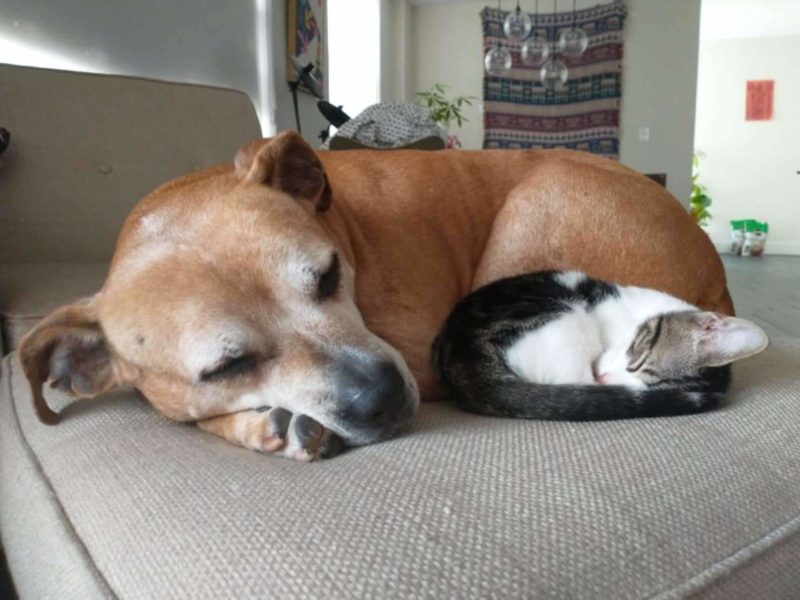 And suddenly, caring people managed to change his fate.

A 12-year-old dog named Sheitan got into Bridget Hammond’s house at a respectable age.

And only in the house of a kind woman did the animal learn what love and care are.

There are often adopted kittens in the house who are looking for a home. 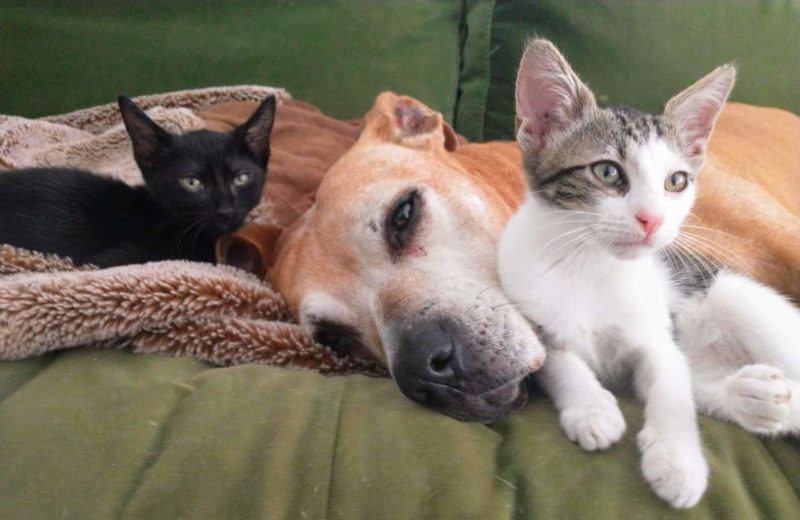 Sheitan becomes a mother for them: she curls up into a ball and allows the kittens to warm up and sleep next to her.

One day the owner of the dog went into the living room and saw a touching scene.

Sheitan was laying at the glass doors. And on the other side an unfamiliar little girl was sitting.

The child and the animal carefully watched the video on the phone, which the girl held in her hands.

This scene was incredibly cute.

The couple did not even notice that the woman entered the room.

Sheitan and the girl sat there for more than half an hour. 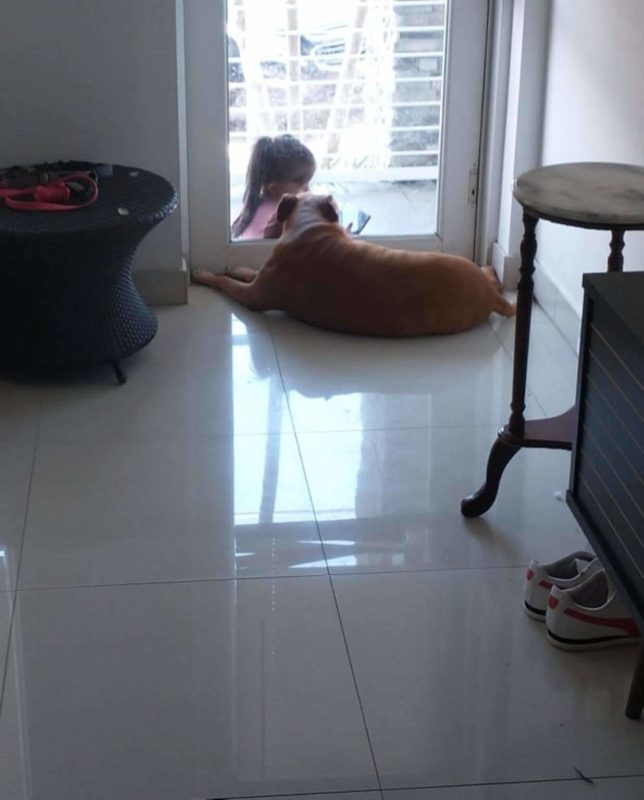 “In fact, all she wants is for someone to sit with her,” says the owner of the dog.

Soon the parents called the girl, but Bridget managed to photograph this scene as a keepsake.