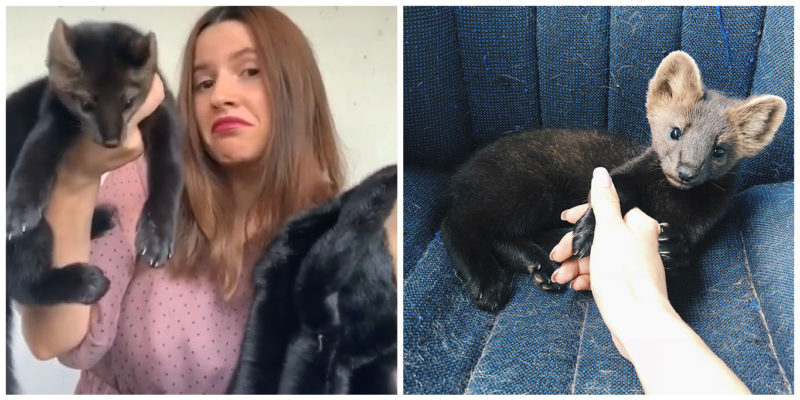 When Zhenya saw a picture of a wild sable on the Internet, she immediately fell in love with this cute animal and decided to learn more about it. 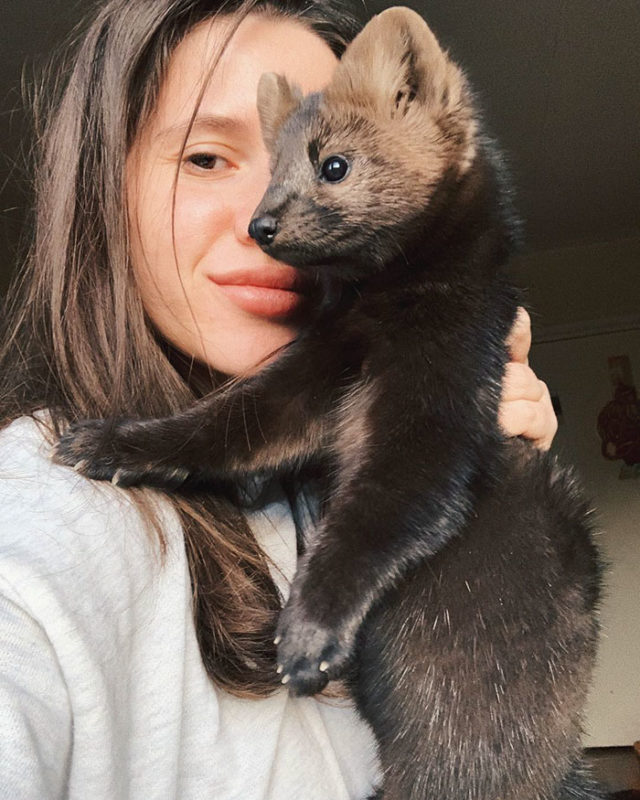 It turned out that sables have one of the most expensive types of fur in the world, because their fur is thick, silky and comes in a variety of colors – from beige to black.

And most importantly: to get one sable fur coat, you need to kill from 40 to 90 sables. 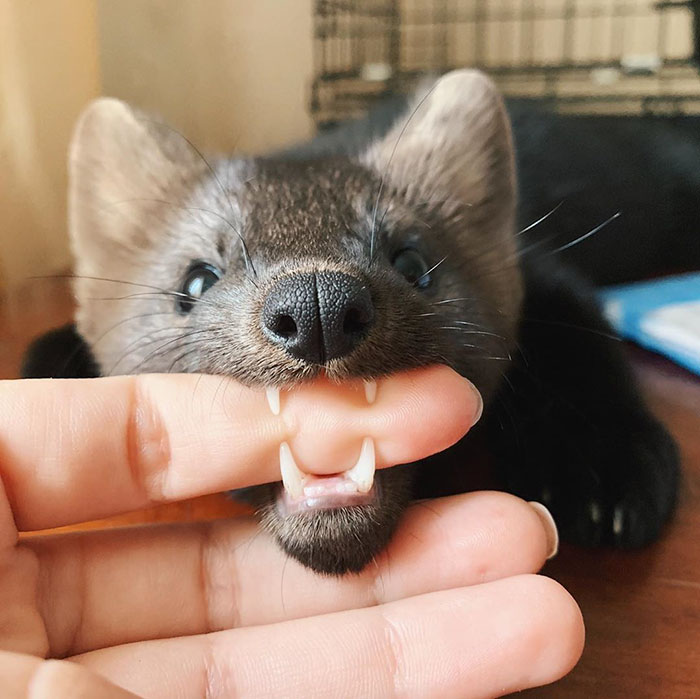 It was precisely this fate that was prepared for this lovely creature, whom Zhenya saved: to die a painful death and become part of someone’s fur coat.

“I learned that a sable may be bought from a fur farm. I decided to save the small one because she would have died there,” the woman said.

Since then, they have lived together and enjoy life in all its manifestations.

True, to become a close-knit family, Zhenya had to make a lot of efforts.

“Umora has a difficult character. Life on a fur farm has affected her greatly, so she is quite emotional, often anxious. Umora is also daring and loves to steal things. She is very active and smart,” the woman emphasized. 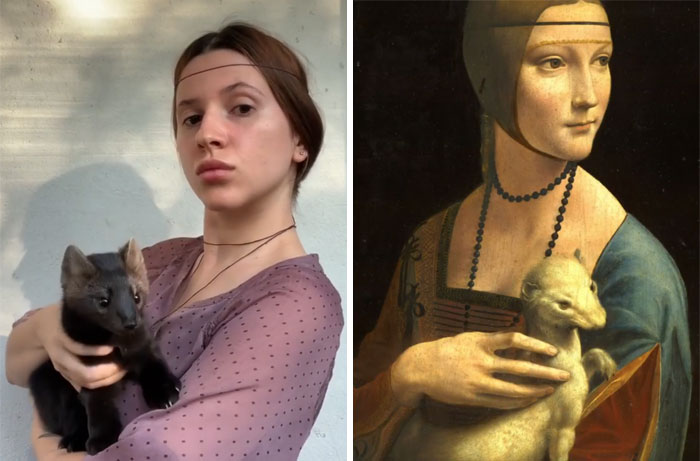 Given the circumstances, Zhenya still advises against keeping a sable as a pet.

“There is a lot to go through before you can comfortably coexist,” she said. – It takes a lot of time and patience. It may take you a couple of years to fully enjoy life with your new pet.”

As the mother bear abandons her cubs to drown in the lake, two brave fishermen jump into action and save them
Animals
0 2928

Meet Jonathan, the 189-year-old tortoise and the world’s oldest living land animal photographed in 1886 and today
Animals
0 187
Our Top Posts