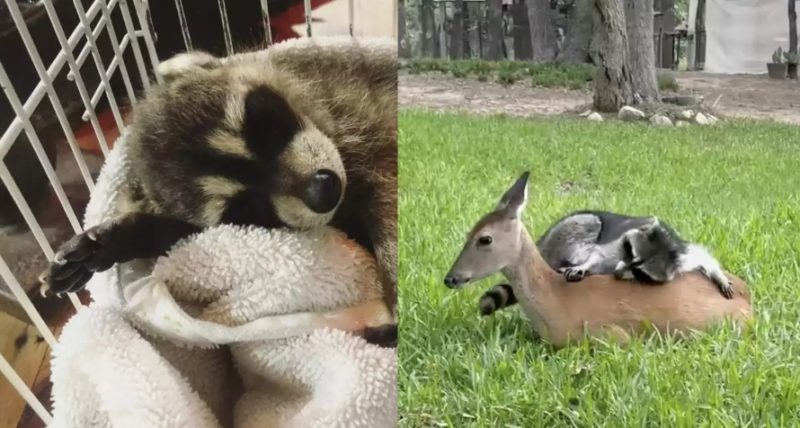 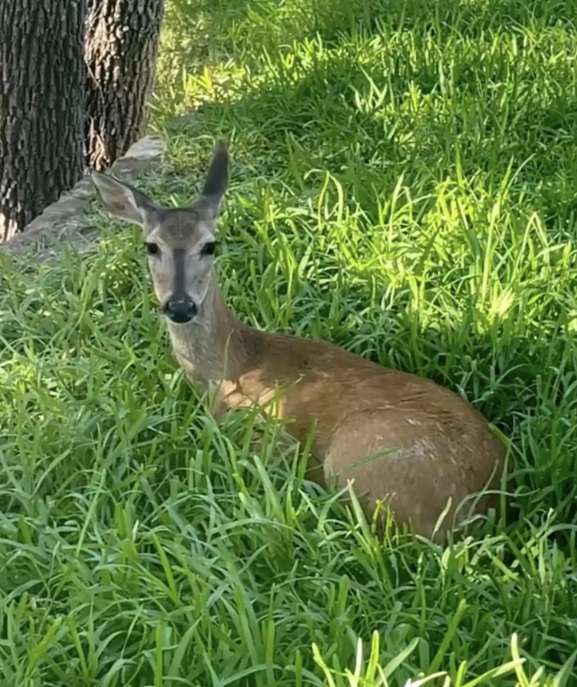 When the baby was only three weeks old, he was abandoned by his mother. And he was found on the street, clinging to life and getting wet in the pouring rain.

Carrie adopted a raccoon, whom she named Jasper, and brought him to a shelter owned by Texas Fawn and Friends, a non-profit organization that specializes in rescuing orphaned deer. 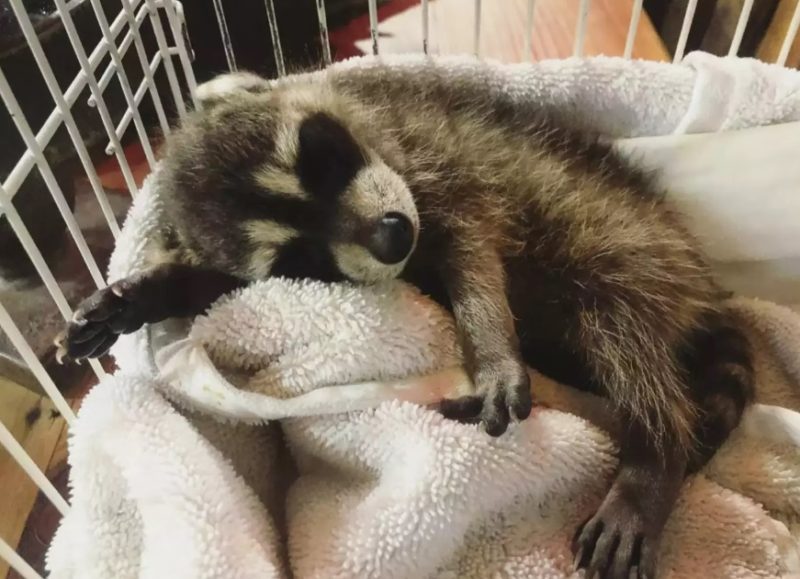 “We were not sure that he would survive,” said Carrie Long.

But thanks to kindness and good care, Jasper survived and soon began to associate with deer.

Like Jasper, Hope lost her mother at an early age and was found very weak and hungry.

Over time, a strong friendship arose between the raccoon and the fawn, which is watched with a smile not only by Texas Fawn and Friends employees, but also by thousands of social media users.

“Jasper loves Hope. When he sees her, he runs to her to hug her. It’s the cutest sight in the world,” Carrie says.

Despite the fact that Jasper and Hope see each other every day, they do not get tired of communicating with each other and do not part even at night.

“In the evening, Hope comes to Jasper and goes to bed next to him. They really have such a great relationship. We never cease to be amazed at this and rejoice for them,” Carrie says.

Owners went on business for a month and left their cat at home: when they returned, there were already 5 cats
Animals
0 118