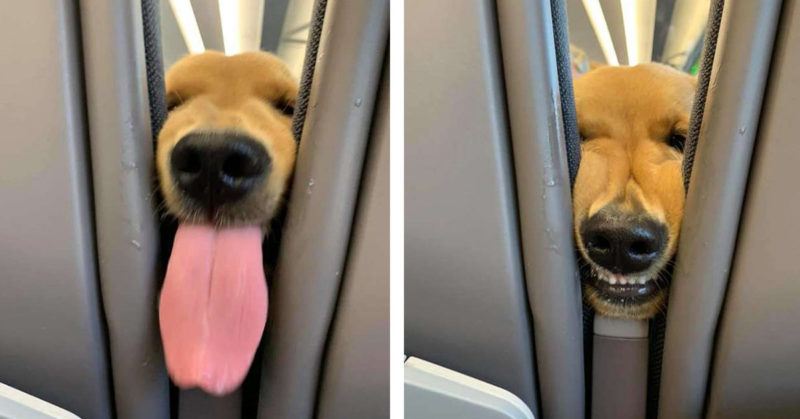 On the first air trip in his life, the dog named Huxley went in the company of his owner Daphne Aitchison. Huxley is very curious and restless by nature. So he quickly got bored of just sitting in the cabin, and then he started doing all sorts of funny things that amused all the passengers.

After boarding the plane, Huxley immediately began to show Daphne his desire to get more attention from her. But very soon the puppy got tired of communicating with the owner. Especially since there were so many unfamiliar and interesting things around.

The curious creature decided to leave Daphne and move to the man who was sitting in the next seat in front. The passenger was not at all bothered by such arrogance. On the contrary, he was happy to greet his new fluffy neighbor.

The sociable puppy quickly won the man’s sympathy and after a few minutes considered him his best friend. 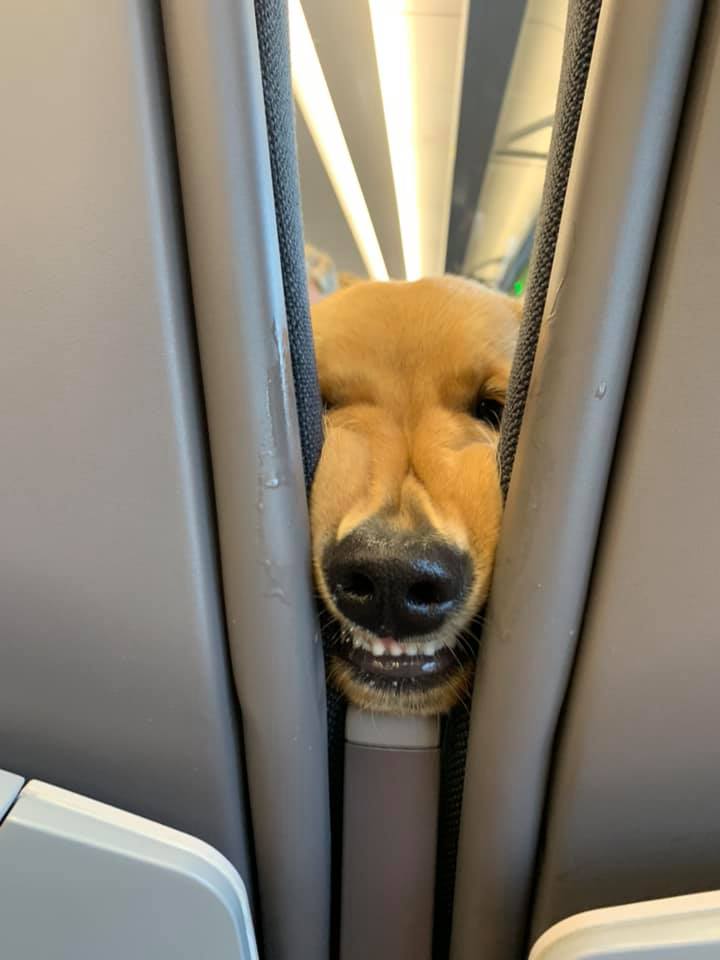 At the same time, Huxley ignored all the requests of the owner to return to his place.

Realizing that attempts to call the puppy to order would not be successful, Daphne decided to have some chips.

As soon as she started to open the package, Huxley immediately lost interest in his new acquaintance and tried to stick his head between the seats. 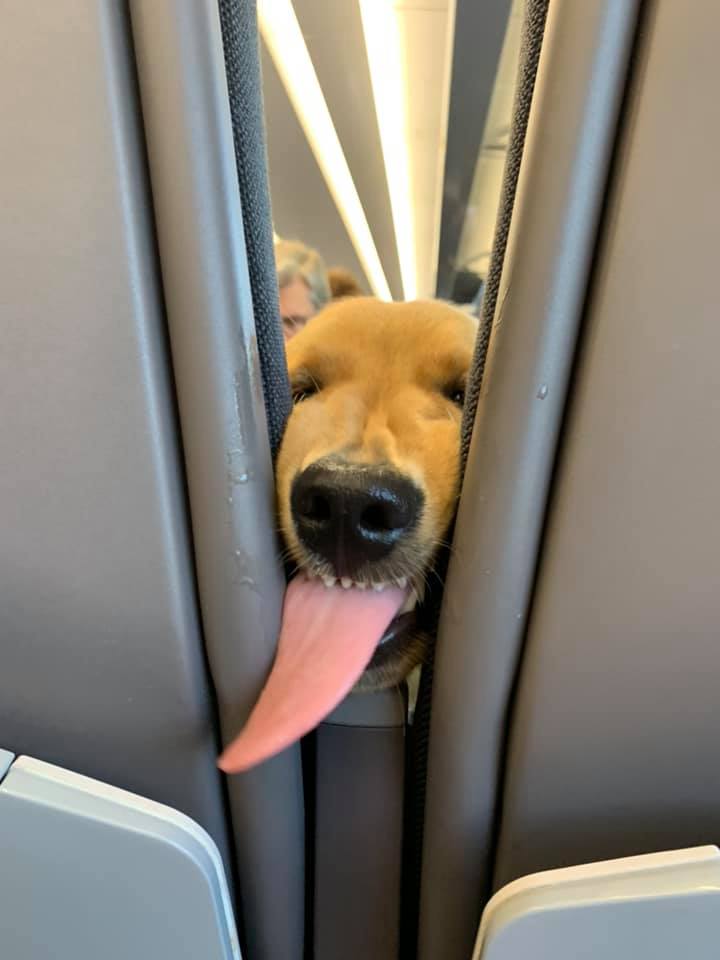 However, due to the small distance between the seats, the dog only managed to squeeze its face into the hole.

He tried his best to get to the chips, but nothing came of it. All his unsuccessful maneuvers were accompanied by sticking out his tongue, tucking his lips and showing his teeth, which caused endless laughing attacks.

Daphne photographed all the antics of her puppy. She also laughed to tears as she watched Huxley’s grimaces. The reaction of the passengers on the plane prompted the owner of the doggie to publish the pictures on Facebook. 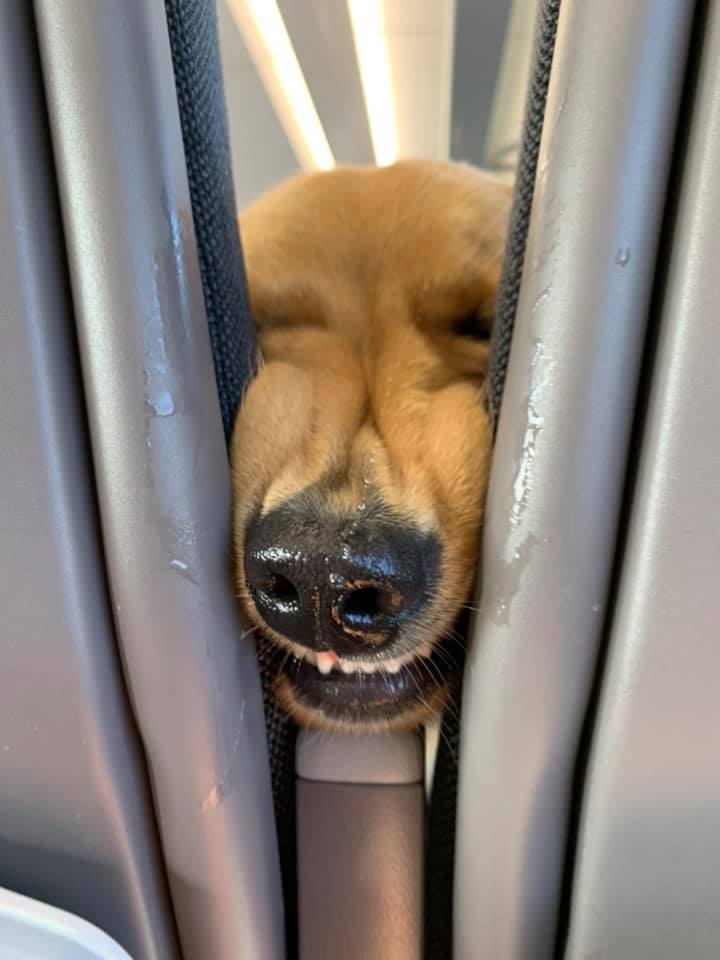 Daphne said that when the dog got tired of begging for chips, he continued to entertain her and other passengers with his funny grimaces.

And when he realized that he had become everyone’s favorite, he began to show his affection for all passengers by letting them hold his paw.

One of Daphne’s fellow travelers took a selfie with Huxley and sent a picture to his daughter. Judging by the feedback from passengers on this flight, the trip with a cute dog was the fastest and most fun.