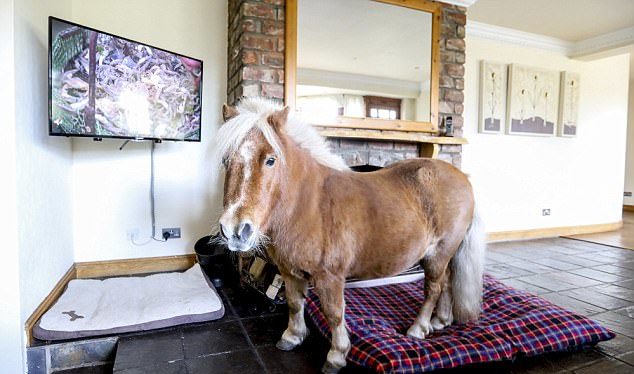 Shetland pony named Wee Bob lives in a family in Renfrewshire (Scotland) as a pet. 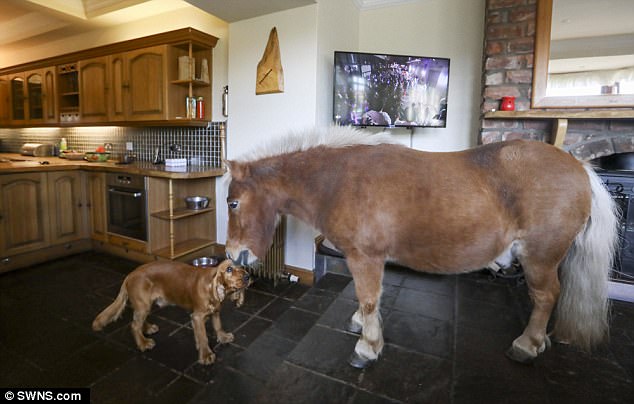 His friends from childhood were dogs and the pony adopted many habits from them, and also learned to open the cupboard with apples on his own.

Pony owner Stacey Johnston, 26, says the pony also learned to open the front door when the nights got colder, and he wanted to sit inside the house by the fireplace with people. 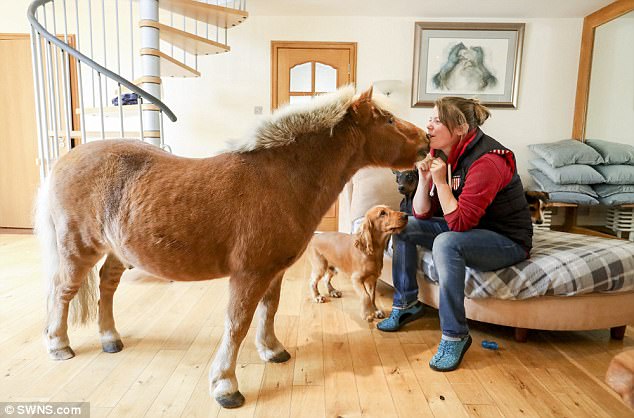 The locals are already accustomed to the fact that at Stacey’s house the pony walks everywhere like a pet and even the postman, when he brings newspapers here, takes an apple with him to treat Wee Bob.

When Wee Bob figured out how to open the closet and get to the bowl of fruit on his own, the mistress of the house had to store the fruits elsewhere, otherwise, the pony would quickly eat them.

Realizing that the apples from the cabinet are now inaccessible to him, the pony figured out how to get apples in another place. 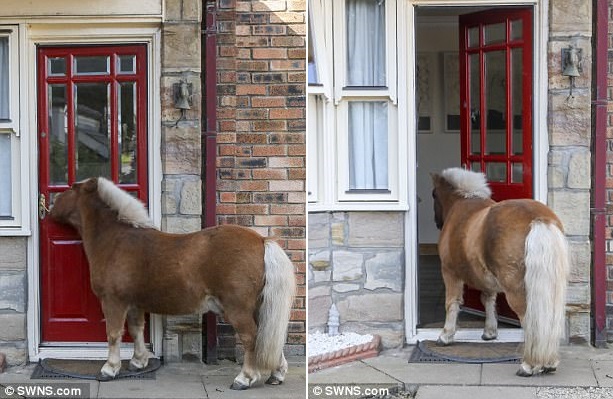 He now runs into the garden and starts pushing the apple tree so that the fruits fall to the ground.

“He pretty much resembles one of our dogs in his behavior,” says Stacey Johnston.

“We have five dogs, and he grew up with them and apparently considers himself one of them.”

The smart pony even watches TV and his favorite TV shows are Coronation Street and Emmerdale.

– When he first started watching TV, they showed jumping competitions, and he was very interested in it.