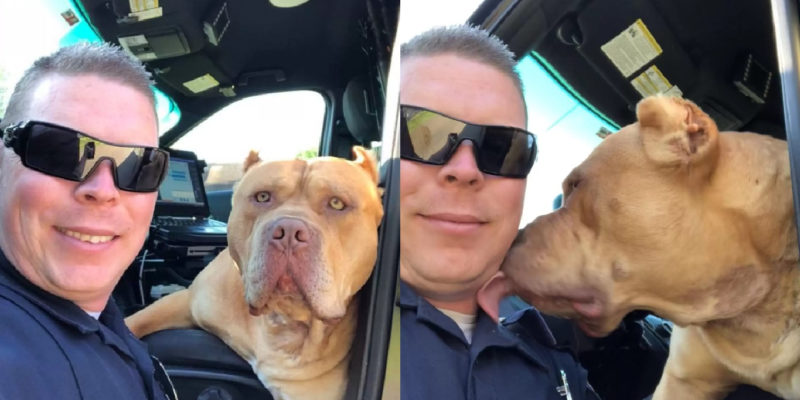 You can’t judge a dog by its breed. Its behavior depends only on upbringing and genetics. 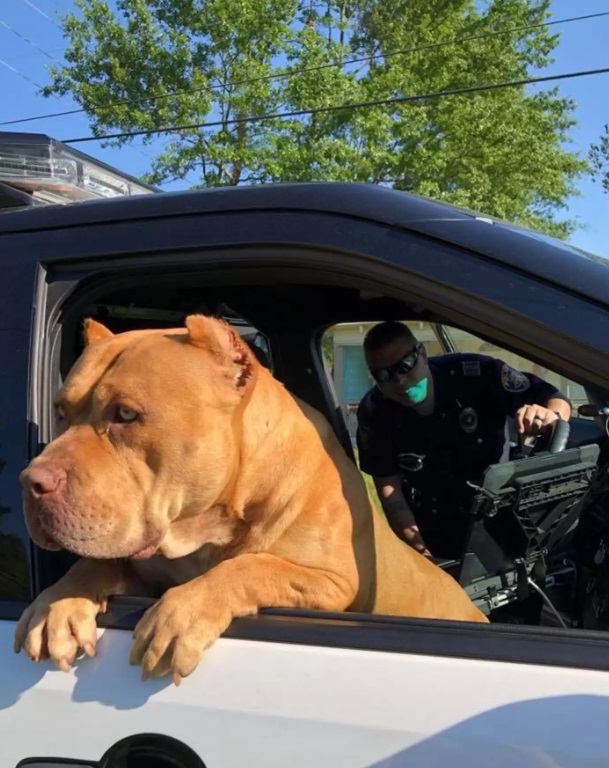 However, this does not prevent many people from labeling breeds.

The pit bull breed has always had a bad reputation. People see them as angry and aggressive dogs, incapable of tender feelings. And that is why pit bulls occupy most of the shelters. 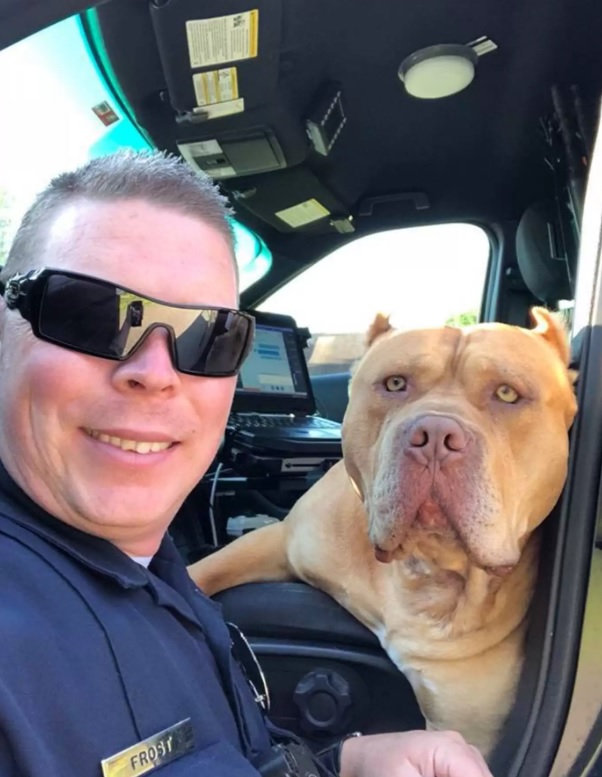 But they do not deserve such a fate. All pit bull owners know how sweet their dogs can be and how well they get along with children. They are very loyal to their owners and get along with other animals.

One day, the police department received a complaint about a stray and aggressive dog walking around the area. Driving to the site, officer Travis Frost found the dog on the lawn. He left the car door open, so he could jump back in if the dog attacked him.

The dog stood up abruptly and ran towards him. However, not with anger. She, wagging her tail, ran up to the officer and allowed him to pet her. Then she happily jumped into the front seat of the car, and the officer felt relieved. 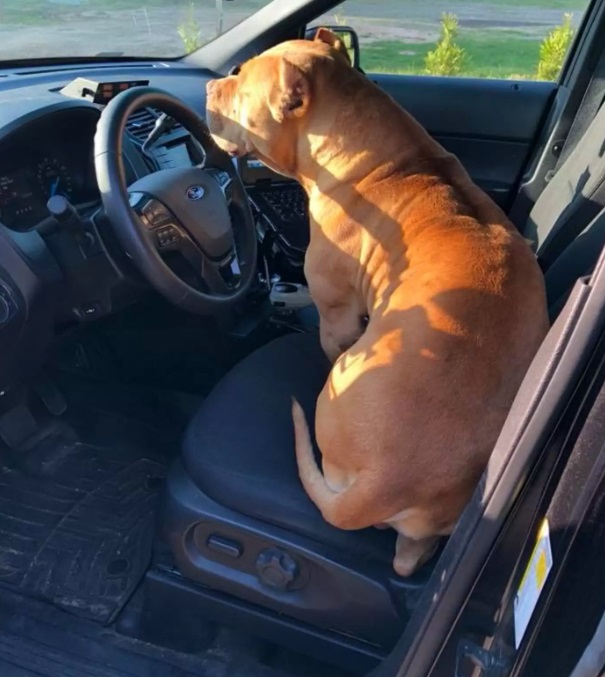 They quickly got along and even took pictures together as old friends.

This day was a lesson for the officer. He realized how hard it is for these dogs, who are judged only by their appearance. 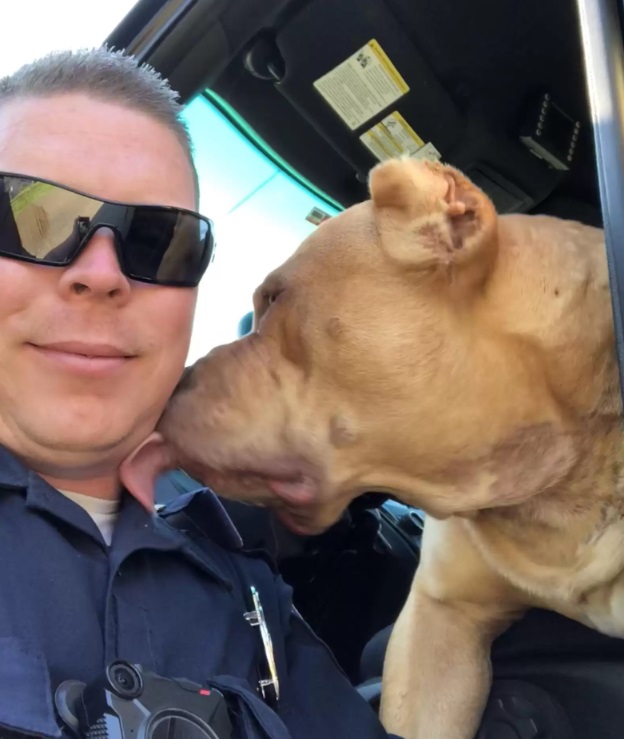 He left a message on Facebook urging people not to think that all pit bulls are bad. The officer shared this story as an example and said that these dogs can be really loving.