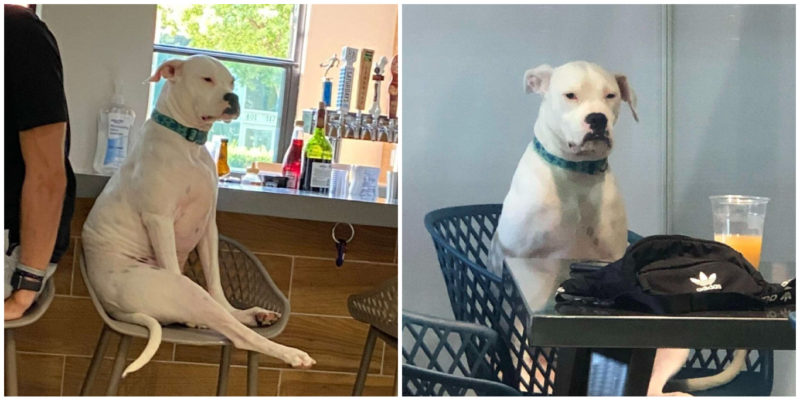 In North Carolina, there is a dog that is very similar to a cat in its independent and restrained nature.

She does not play with other dogs, but simply looks down on them, sitting on a chair.

A dog named Pogo is often in a special “garden” for dogs. Once her owner made a video and showed how she was “having fun.”

Pogo, a four-year-old dog, is a mixture of a boxer and a bulldog. 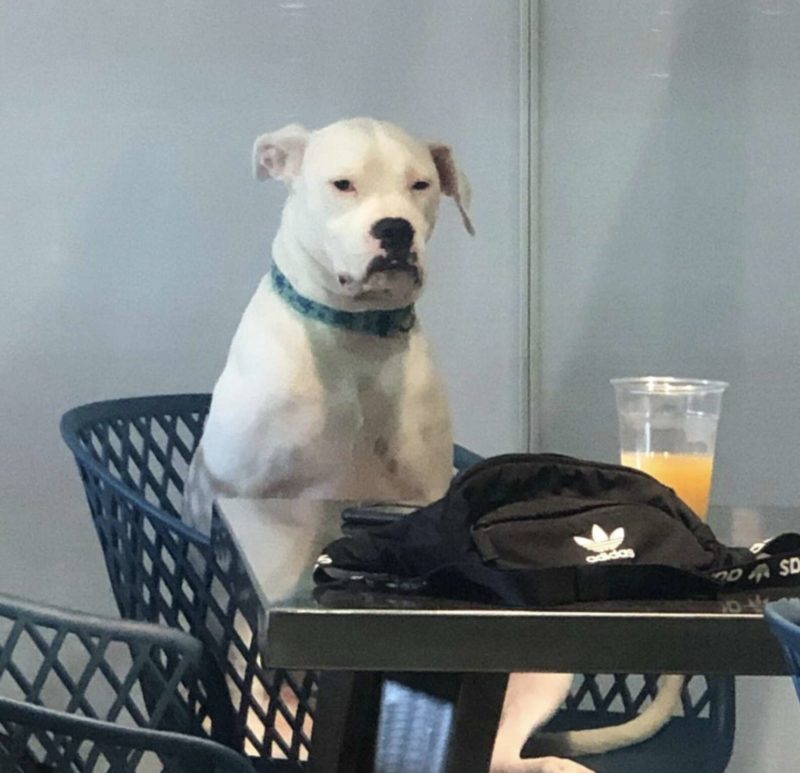 She loves to be on the side of fun, does not play with other dogs, and mysteriously sits alone.

She often has an indifferent, so to speak, poker face.

Pogo’s owner Grace Wheeler has her own speculation as to why her dog is acting so unusual. 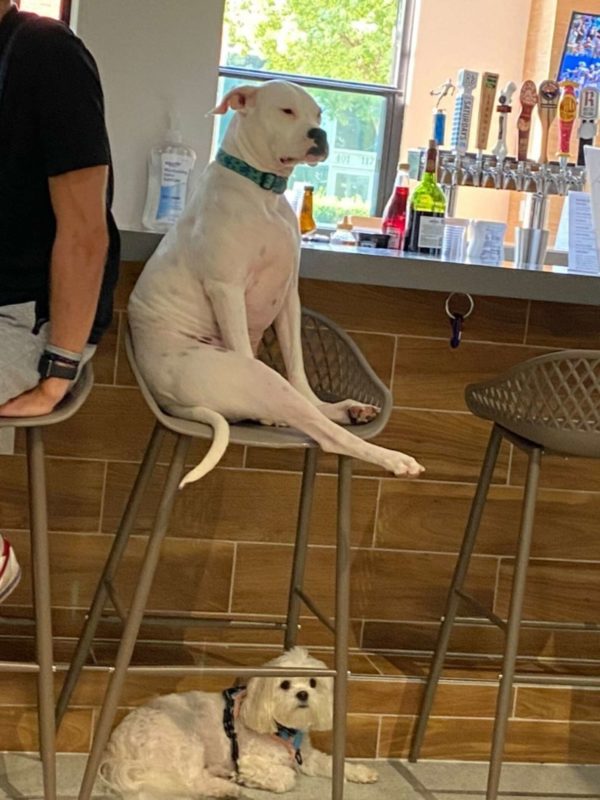 “We believe she does this to show other dogs that she feels she is greater than them by getting up on chairs”, – Wheeler said.

Pogo likes to look down on others.

The woman said that her favorite always jumped on stools or whatever is meant for a person. But Pogo not only sits humanly: she also adopted many other strange human manners. 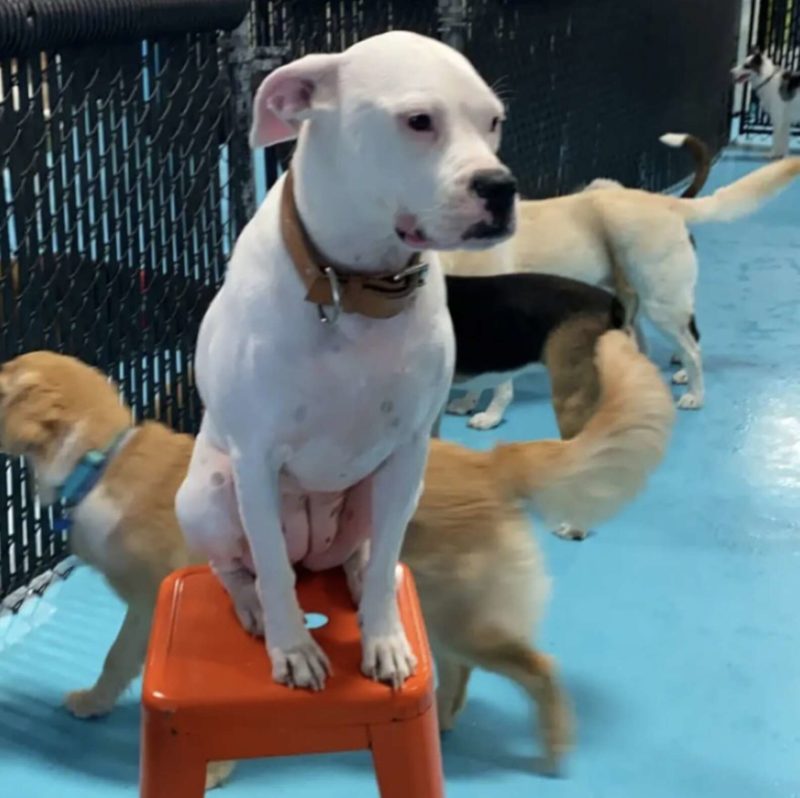 She likes to sit on top of things – chairs, a bar, benches, and sometimes people – and snuggle up in bed like a person.

“She enjoys riding in the car and, like a person, hangs her elbow out the window. She loves people more than dogs,” – said her owner.

Pogo may not enjoy playing with other dogs, but her mom adores her for her unique nature.

The woman can’t decide which dog to rescue from the worst shelter she has ever seen, so she buys the entire shelter
Animals
0 695

In Springfield, Missouri, a cat named Trigger called for help when his owner had a stroke
Animals
0 162