It is located in the forest, in the Hillsborough area, not far from Portland.

It took an electrical engineer 10 years to convert an airliner into a functional house, build a cabin, an entrance ladder and other works. This house, a modified Olympic Airways 727, is 40 meters long and 4 meters wide. 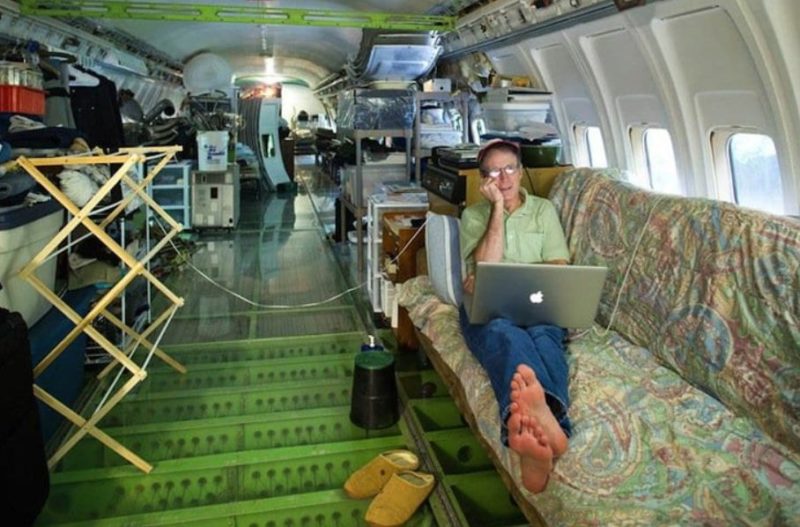 Bruce Campbell, who carried out his idea, says: “The planes have seats, luggage compartments and a normal toilet. They are equipped with almost everything that is necessary for people to live.”

In the tail of the aircraft, he made a gangway, which is the main entrance to the original housing.

The toilet is located next to the stairs, it is the only working one of the three that are on board the aircraft.

At his own discretion, he installed a shower cabin, kitchen utensils, a bed and other furniture in the salon. He also has a workbench where he makes high-precision devices that test medical equipment designed for electric shock.

Bruce also completely restored the lighting of the functional home.

The nose of the aircraft – the houses and the front landing gear are raised above the ground with a reinforced concrete prefabricated structure and fenced with a blue material. 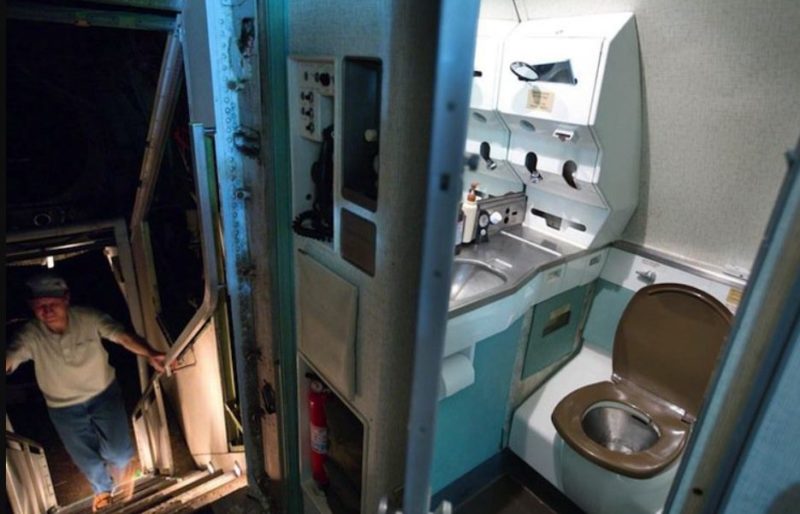 The plane itself and its wings are covered in blue. Repairing a house with wings is not cheap, as the paint peels off and needs to be restored.

He registered his house and its purchase with the US Federal Aviation Administration. There, the house was entered on the register so that the pilots knew that it was not a crashed plane.