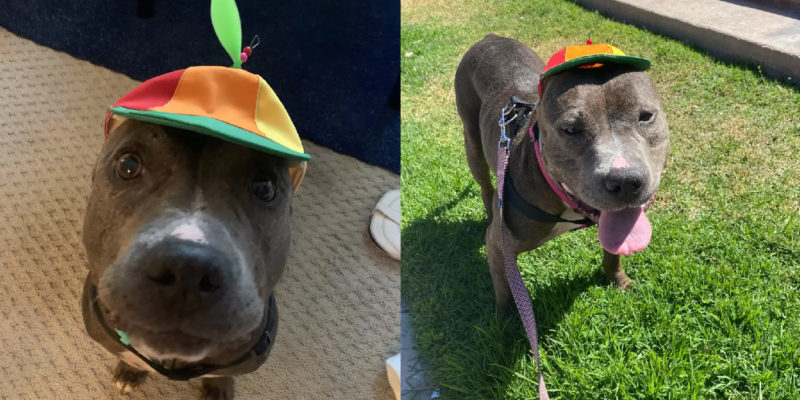 Pitbull Bonnie was saved from a shelter by Grandma Betty’s Animal Rescue just minutes before she was about to be euthanized. 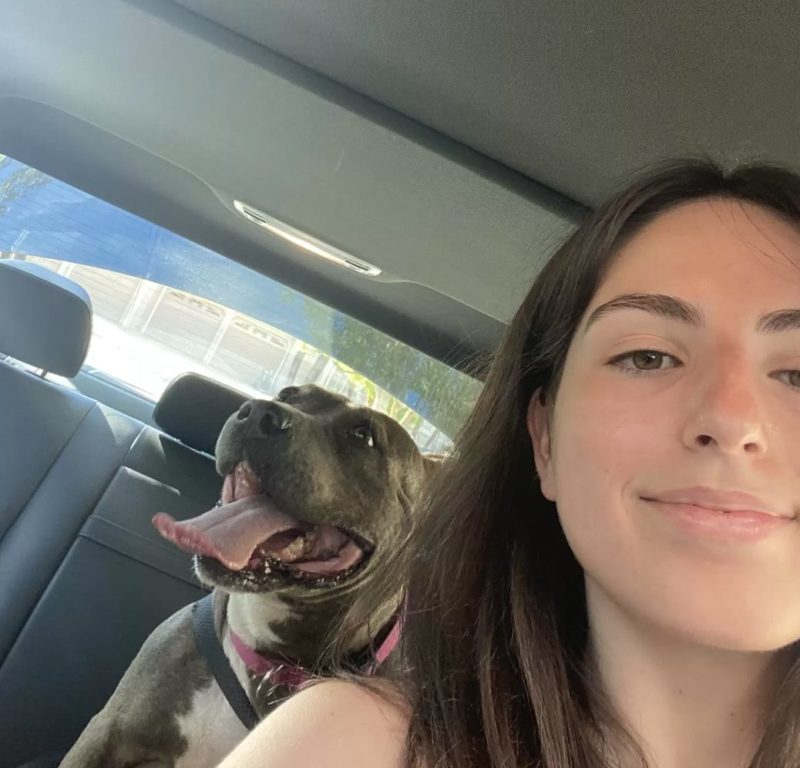 The workers read in her eyes that she was the cutest dog in the world, and they were absolutely right.

Shortly after the rescue, Lili Follett took charge of Bonnie and fell in love with her at first sight.

Lili says that this is the sweetest dog she has ever met. She loves people, she likes to communicate with them and make new acquaintances. She is very trusting and if she meets you she will immediately slam her head into your lap. Bonnie will follow you and will not leave until she receives her dose of love. 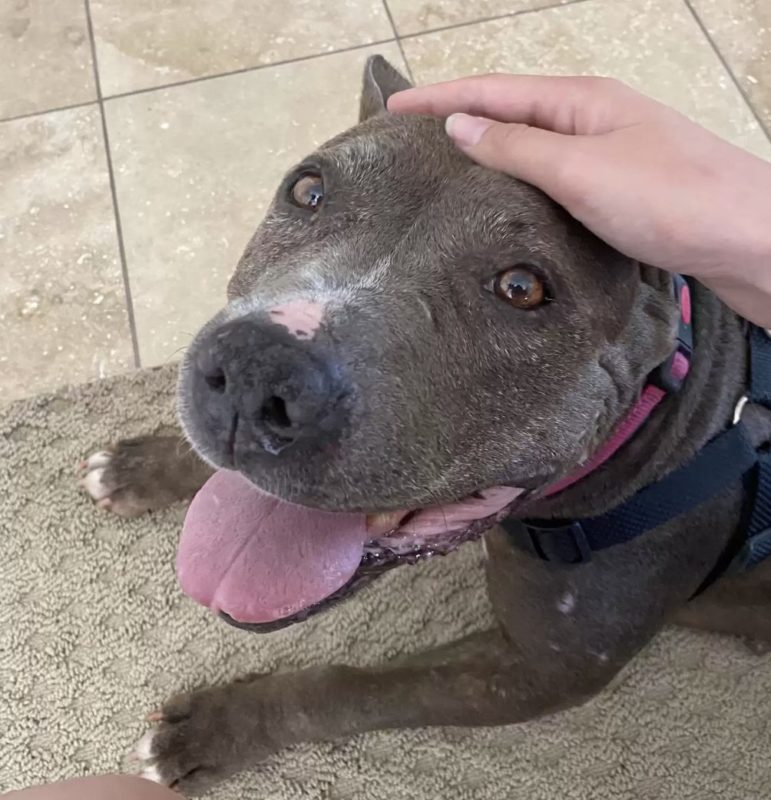 Lili was sure that the family that Bonnie would get would be the happiest in the world. However, this confidence was not enough.

Along the way, she encountered many problems and misunderstandings.

When Lili walked with Bonnie, she noticed the frightened looks of passers-by and understood that it would be very difficult to send Bonnie to the family without drastic changes. 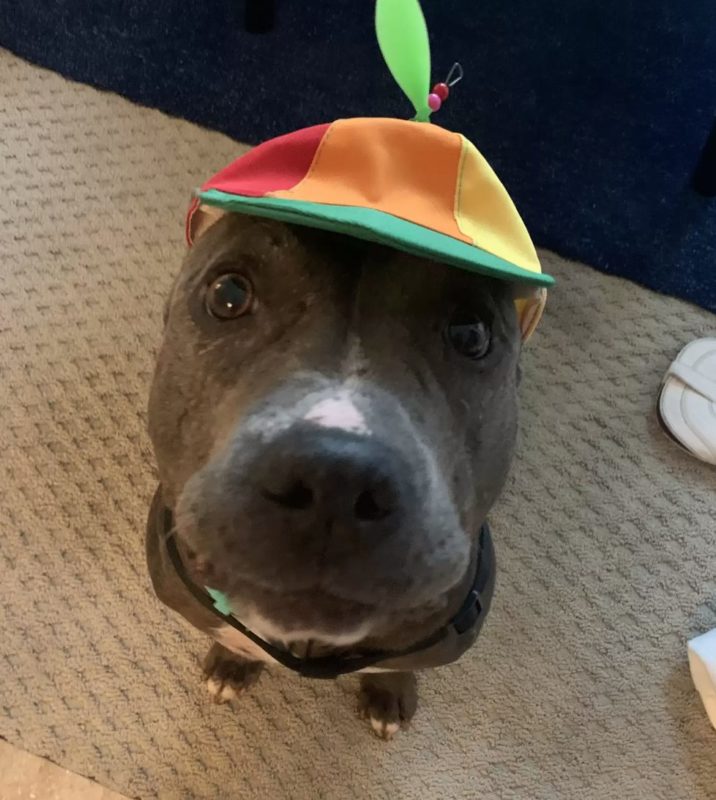 Bonnie was the sweetest and kindest dog, but many did not understand this.

After Lili put a propeller hat on Bonnie, she went out with her for a walk and noticed how people’s reactions had changed. 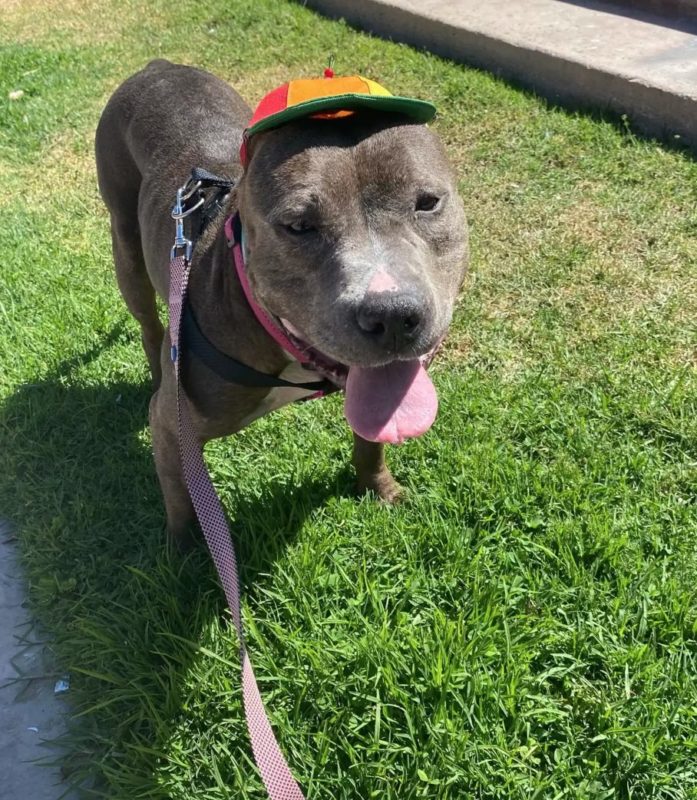 They came and stroked the dog. Some even stopped their car to yell how cute she was. Parents were not afraid to let their children play with her.

However, Bonnie is the same dog, whether she is wearing a hat or not. However, the hat helped people forget their fears and false stereotypes with which they lived their whole lives and see a cute dog under a frightening guise.

Lili did her best to get people to know Bonnie, and she was sure that the hat would help her on her way to adoption. 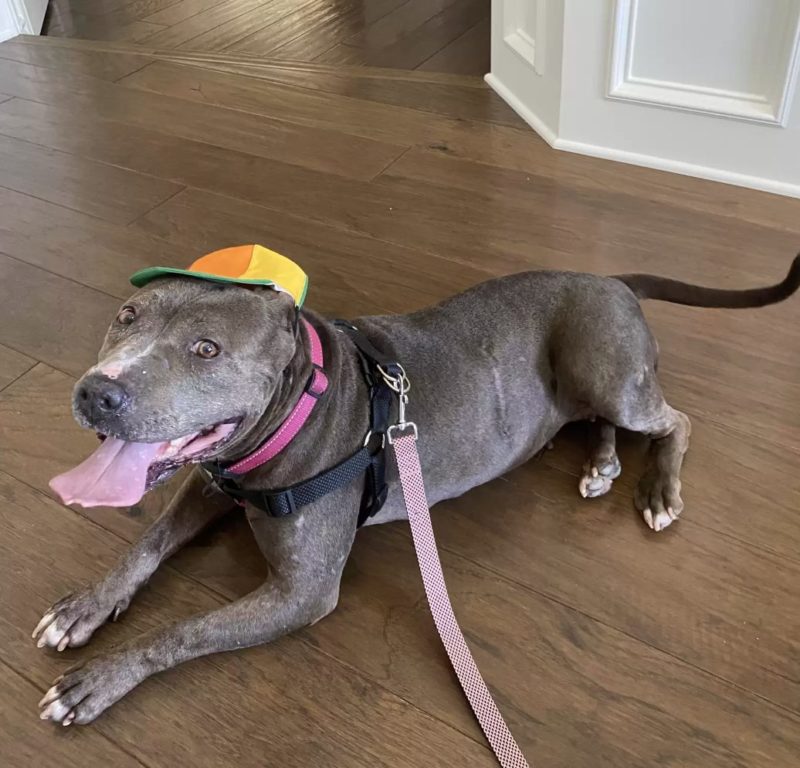 And she was right. When Bonnie’s story went viral on the internet, one family decided to adopt her.

The dog is currently at Grandma Betty’s Animal Rescue, but will soon be moved to a new home in Virginia.

This story has a happy ending, and Bonnie can’t wait to go to her new family and walk around the neighborhood with them in her propeller hat.

During a family vacation, a 4-year-old boy goes out to play and later brings home a baby deer he made friends with in the forest
Animals
0 312

Stray pit bull heroically saves a woman from an attack with a knife, risking his own life and receiving serious stab wounds
Animals
0 402

During the concert, Pink saw a poster in the crowd of fans and stopped the performance: everyone was crying
Interesting News 0 622