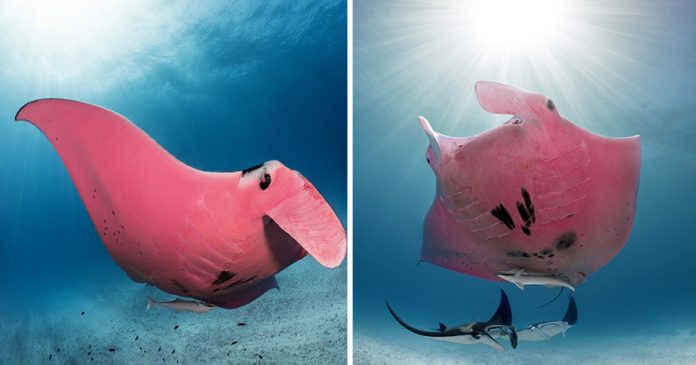 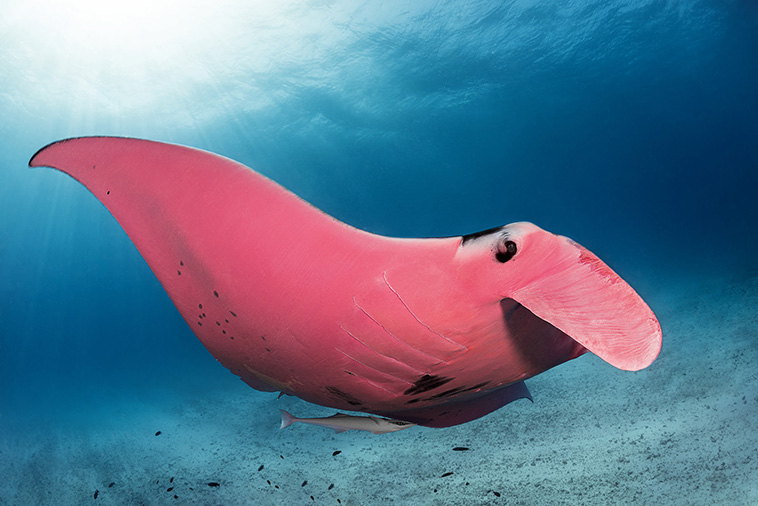 In the local waters, it had already been met earlier and was even given the name “Inspector Clouseau” in honor of the character of the “Pink Panther”.

However, it was captured properly only now. 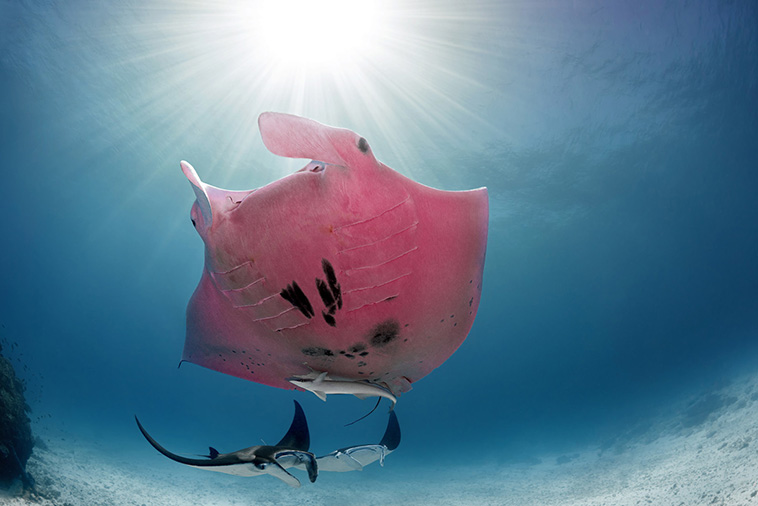 Usually, manta rays have a dark gray, dark brown or black color on the back and a light ventral surface.

Given that the average manta grows up to 4-4.5 meters, the pink individual really looks extremely unusual.

How and why the manta turned pink no one knows, but scientists suspect that this is due to a rare pigmentation disorder, possibly caused by nutrition.

Relatives, on the other hand, are calm about the pink fellow and interaction with him in the flock does not differ from other manta rays. 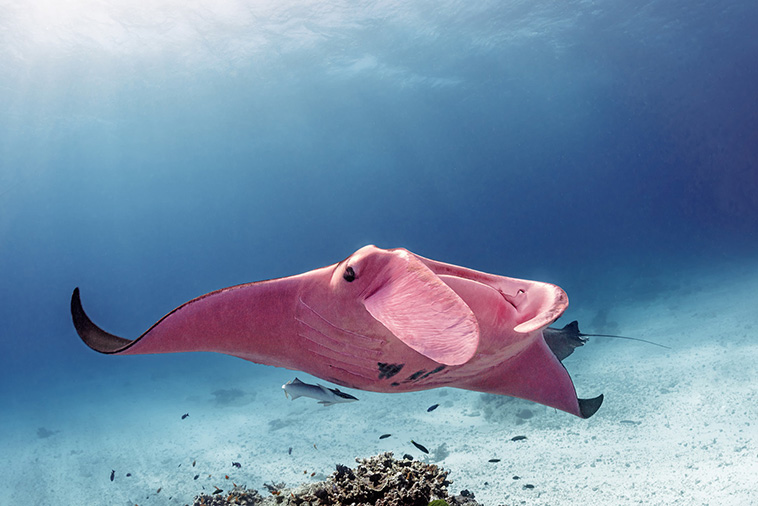 It is believed that this is the only individual on the planet.

According to Christian, he watched the manta rays for 20 to 30 minutes during the mating games of this flock. 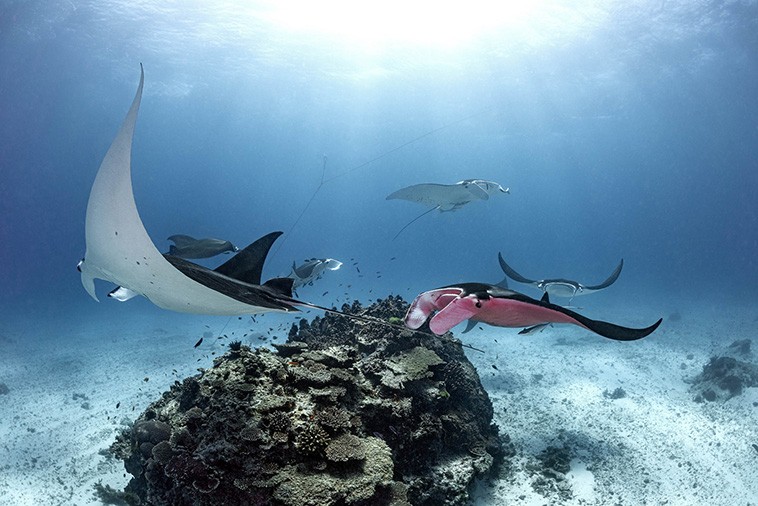 It is possible that in the near future there will be more giant pink rays.

Mr. Bigglesworth, the bald rabbit, becomes an internet star after being rescued
Animals
0 385