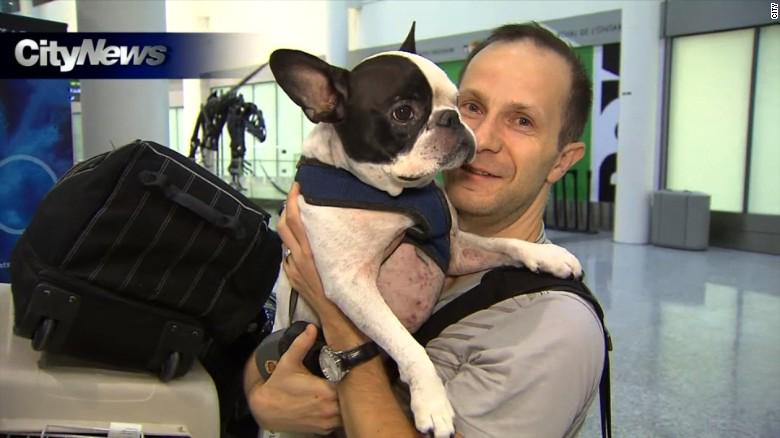 During the flight from Tel Aviv to Toronto, the aircraft commander noticed a problem in the luggage compartment, where the dog of one of the passengers was flying.

The temperature began to drop there, and the dog could die from hypothermia.

But the pilot saved her by making an emergency landing in Frankfurt.

At Frankfurt airport, the owner picked up his French bulldog named Simba, and they continued on another plane.

Other passengers flying to Toronto had to wait more than an hour before continuing their journey.

The unscheduled landing cost the airline $10,000.

As the Inquisitr notes, when the plane is gaining altitude up to 10 thousand meters, the temperature overboard is from minus 40 to minus 60 degrees Celsius.

If there were no dog in the luggage compartment, the liner would continue flying, since the passenger cabin at that time was maintained at a normal temperature.

However, the crew commander is responsible for the lives of everyone on board, including dogs.

So the pilot made the only right decision.

The owner of the dog thanked the pilot and admitted that his beloved dog is like a child to him.

The neighbors made fun of the family in the cave: they came to visit and were speechless
Interesting News
1 471

Mr. Bigglesworth, the bald rabbit, becomes an internet star after being rescued
Animals
0 627