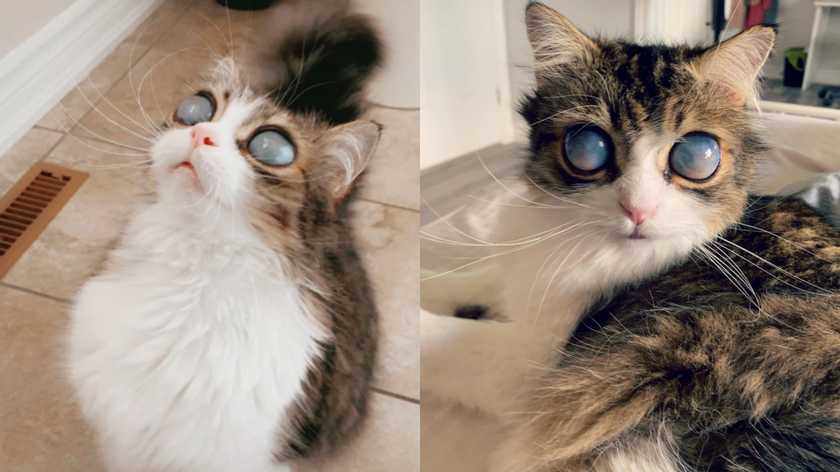 A cat with “cosmic” eyes – this is what the owner of the four-legged pet calls it.

In addition to her, thousands of users on social networks have the same opinion. 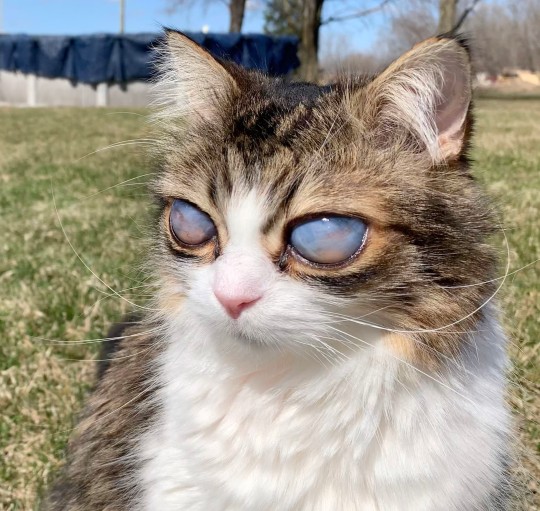 Due to its unusual appearance, the cat named Pico became popular on the TikTok social network.

All thanks to the huge eyes that resemble space.

However, in fact, the reason for their appearance is the disease of the four-legged.

The owner of the cat, Marie-Josee Brisson, and her daughter Monica remembered that the cat came to them from the shelter.

There he recovered from an accident and a three-day coma.

Monica noted that then she immediately liked the kitten and wanted to pick him up.

However, new tests awaited the four-legged one. 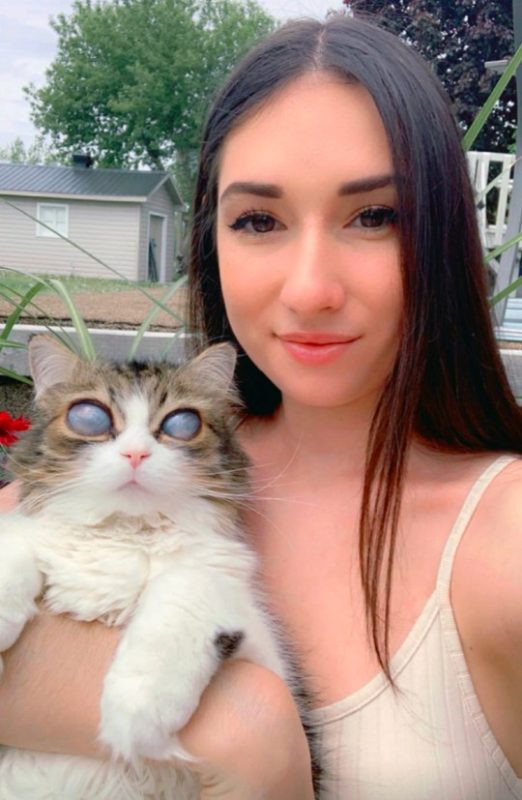 The disease permanently deprived the animal of vision and led to deformation and clouding of the lens.

The cat orients himself in space, following Monica or her mother.

Even when he walks in a garden that is familiar to him, he tries not to go far from them.

In the house itself, he walks in the same rooms, but he can still hit the furniture. 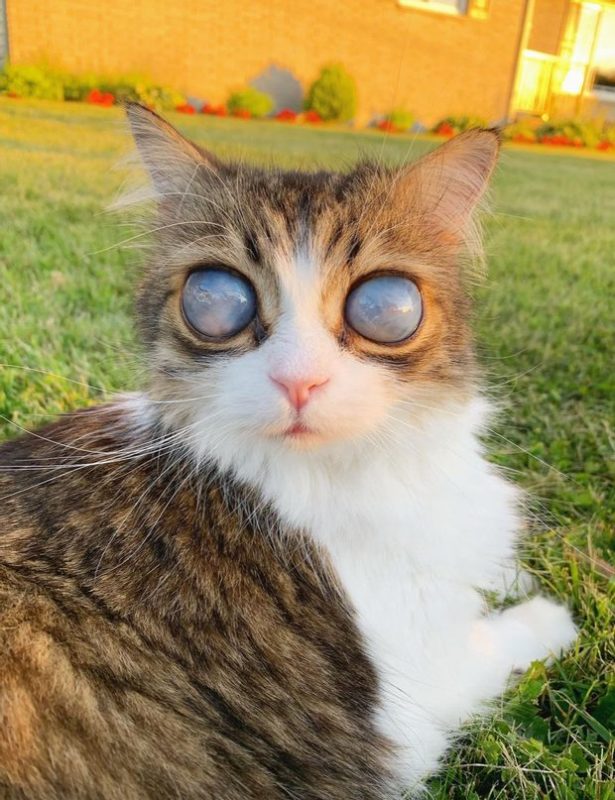 The owners of the cat created a page for Pico on the TikTok social network.

There are already more than 213 thousand users are following his life.

Interesting News 0 10
An accident happened to the cat named Buttercup on a walk, as a result

The 4-year-old introvert dog prefers to stay away from everyone, sitting on a barstool like a human and judging her fellow dogs
Animals
0 292